Things Parents Should Know When a Child is Missing

Know the steps to take and what to do if your child is missing or if someone you know is ever faced with this nightmare scenario. 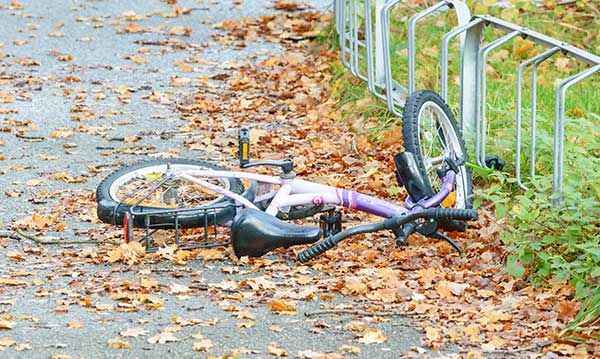 A child going missing is a situation we hope no parent ever has to face, but sadly more than 460,000 children were reported missing in the United States in 2014 alone.

Fortunately, many of these children are found thanks to law enforcement efforts and programs like the Amber Alert system, and the rate of recovery is increasing. According to the National Center for Missing and Exploited Children, the recovery rate for missing children has gone from 62 percent in 1990 to 97 percent in 2015.

Here’s what parents need to know in the event their child or a child they know is missing. You may also be interested in reading up on additional tips on keeping kids safe from stranger danger in the digital age.

“If it comes to the point where you notice that your child is missing and you can’t locate them, call 911 and get law enforcement involved as soon as possible,” says Michigan State Police Lt. Michael Shaw, public information officer. “The sooner you get law enforcement involved, the better off you are as far as recovery goes. We will do everything we can to help you locate your child.”

There’s no rule that a child needs to be missing for a certain amount of time before police will get involved. “That doesn’t apply for anyone,” Shaw says. “There’s no 24-hour waiting period or anything like that anymore.”

The first three hours are critical

The first three hours are the most critical when trying to locate a missing child, according to the National Center for Missing and Exploited Children. While the murder of an abducted child is rare (an estimated 100 cases occur per year in the U.S.), a 2006 study found that 76.2 percent of abducted children who are killed are dead within three hours of the abduction.

“A lot of times young kids will go missing and they may still be right in the area,” says Sgt. Meghan Lehman, public information officer with the Troy Police Department. “We often find kids in their own house. You could call the police and then begin a search on your own.”

For older children and teens, social media is a tool police and parents can use to find out where the child might be or who they’ve been communicating with. “When they’re older, they have the ability to communicate with people you may not be aware of,” Lehman says. “That’s how we in the past have been able to track down teenagers is through their social media.” Parents can also try “Find My iPhone” or a similar app to track the location of their child’s phone. “We’re able to track phones with GPS tracking only in very limited situations, where there’s evidence of immediate danger,” she says.

What to teach your kids

From about 5 or 6 years old, children should be able to remember their address and parents’ contact information, Shaw says. Some parents also set up a code word with their child that someone trying to pick them up would have to know.

Lehman says she always encourages parents to teach kids to trust their instincts. “When something doesn’t feel right it probably isn’t right. Keeping that instilled in kids is one of the best protections there is,” she says.

The National Center for Missing and Exploited Children recommends parents prepare a Child ID kit, including a high-quality recent photo, for each child in the family incase they are ever missing.

Did you find these tips helpful? Be sure to share any additional advice in the comments below!