Tackling the task of teaching teens to drive safely? Firm rules, parental example and lots of practice are 'key' to helping kids be mindful on the road. 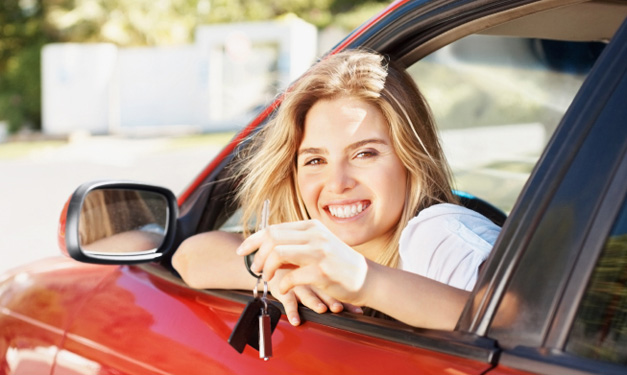 It won’t be long before you take off your chauffeur hat and move over to the passenger seat – and join the many parents working hard at the task of teaching teens to drive safely. Michigan’s Graduated Driver License program allows teens at age 14 years and 8 months to start the first segment of driver education.

As students progress through the licensing system – aiming for a no-restrictions Level 3 license at age 17 – they will have taken 30 hours of classroom instruction, spent six months with both their Level 1 and Level 2 licenses, passed a driving skills test and chalked up a minimum 50 hours of supervised driving – including 10 nighttime hours.

Benefits of an earlier start

“The plus side of allowing kids to take drivers’ ed. at an earlier age is that they can practice for a longer amount of time with their parents. The more instruction, the better,” says Larry Aceto, owner of Premier Driving Academy, with locations in Macomb County.

“I also do the driving test,” he says. “Sometimes parents will call me and ask, ‘Are we going on the expressway? We haven’t done much of that.’ Well, then they’re not ready for a road test.”

“I tell parents they can come to the range and watch if they’d like. I would even put them in the car. I get very few,” he says.

Once your teen has earned a Level 1 license and can drive with a licensed parent or designated licensed adult, age 21 or older, it’s time to start a log of her supervised driving. Even if she wants to put the top down and hit the highway, it’s best to start slowly – in an empty parking lot, for example – and then gradually add more challenging situations: city street traffic, freeway rush hour, driving at night and in inclement weather.

Have your teen practice the exercises she learned in drivers’ ed and those in the Driving Skills Test Study Guide, found at Michigan Secretary of State branches (or download the PDF). Another good resource is the Novice Driver’s Road Map, a series of eight practice drives, plus helpful tips for adult driving coaches offered by the Network of Employers for Traffic Safety.

As you monitor your teen’s driving, you’ll recognize the skills that are most difficult for him, and experience firsthand the maneuvers that place him at risk – typically, driving too fast. Reinforce safe driving techniques and teach your teen to be prepared for the unexpected.

Motor vehicle accidents are the leading cause of death for American teens. And the risk of a car crash is highest for 16-year-olds – not surprisingly, the minimum age at which they can acquire a Level 2 intermediate license, and drive on their own with limited restrictions. Aceto is amazed at the number of parents who give their teens a car as a 16th birthday gift, likely reducing the time they’ll spend supervising their young driver.

“If you’ve ever been in a high school parking lot when kids are coming and going, it’s a zoo,” he says. “There are too many distractions – cellphones, more than one kid in a car. Teens need more restrictions.”

As of 2011, Michigan did place new restrictions on Level 2 drivers. Teens with this license can no longer drive between 10 p.m. and 5 a.m., and cannot have more than one passenger in the car who is younger than 21 unless they are family members or are accompanied bya licensed adult or guardian.

Retired Canton Police Officer Leonard Schemanske agrees that distractions are a risk for drivers; especially inexperienced teens. Schemanske, who owns Advanced Driving Academy of Wayne County, says he and each of his driving coaches knows first-hand the perils on the road.

“I’ve ‘mopped up’ thousands of crashes over the years. How many are distraction based? More than you think,” he says. “For every kid in a car, the risk of being in a crash multiples.”

Schemanske recommends filling out this teen driving contract “Parent-Teen Safe Driving Contract” (download the PDF) to establish rules – from seatbelt use, alcohol consumption and obeying traffic laws to a parent’s responsibility as coach. Are parents being good role models in their own driving behavior?

“The answer is, simply, ‘no,'” Schemanske says. “We’re on the cellphone. People eat breakfast as they drive to work. For 14 years, if not longer, who has that teen been sitting next to? They’ve learned quite a bit from you.”

To counteract that bad example and put your teen on the road to responsible driving, set aside plenty of coaching time so your teen can develop the skills and experience needed to be a safe and defensive driver.

Planning on adding a teen driver to your auto insurance policy soon? Expect increases. Get tips and advice on teen drivers and insurance rates.