Tips for Stay-at-Home Moms on How to Fight Depression 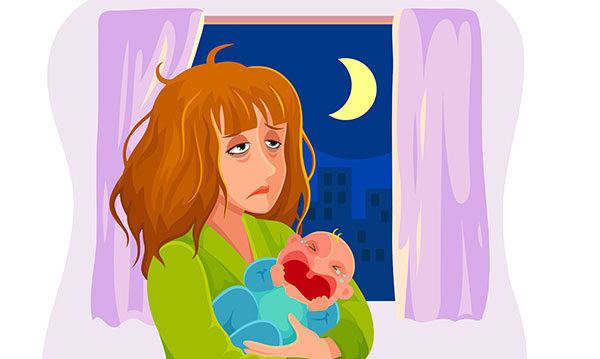 “I went to law school. I spent a lot of money and time and I’m not even using it,” says Emily Klingler, Waterford resident, mother of two.

“I was able to go back to work, but we found out we were moving for my husband’s job,” Klingler says. At that point, she and her husband decided she would stay home with their son.

“I was a nanny for a long time so I kind of thought I was prepared for staying home, but I got paid to be a nanny and I don’t get paid to stay home,” Klingler says.

Besides not earning money and feeling as though she contributes to the household income, Klingler says stay-at-home-mommyhood came with a new feeling of loneliness that she didn’t expect. While she feels alone, most stay-at-home moms experience the same feelings.

While many women decide to stay home and raise their kids, others find the reality of paying for daycare makes the decision for them. Some find themselves facing a move, like Klingler. Still others face other issues that complicate their plans to return to the workforce.

“When I was young, I always knew I wanted to be a stay-at-home mom,” says Stephanie Wiseman of Whitmore Lake. Financially, she and her husband decided she needed to return to work, at least for a little while. Until, her plans were derailed by a medical condition. “Shortly after my return to work, I was diagnosed with a rare form of breast cancer. At that moment, I became a stay-at-home mom. It was a blessing and I wouldn’t change it.”

Caryn Walker of South Lyon was a licensed vet tech for 12 years before she had to leave her job when her son was just a few months old. It certainly wasn’t in her plan.

“I went back to work part-time when my son was about 3 months old. I was experiencing postpartum depression and having serious guilt about not working and giving up my career,” says Walker. Her son got sick and is now in several different therapy programs and facing her own chronic pain disorders, Walker has decided to embrace her new life as a stay-at-home-mom.

Avoiding the pitfalls of stay-at-home-mommyhood

Heather Ashley, counselor at Ashley Counseling in Macomb, says moms are so focused on taking care of everyone else that they forget to look at themselves.

“The most important thing is to ask themselves, ‘What do I want to do?'” says Ashley. “Maybe you want to join a club or volunteer. What are your hobbies? What are your interests? Think about those things and then find time to do them.”

Ashley says she sees women in her practice often who are trying to find themselves.

Mothers of babies and toddlers can look for baby classes, mommy-and-me classes and story time classes to do with their children that still get them out of the house. She suggests moms of school-age children get involved at their child’s school.

“Doing things with their children means they don’t have to look for babysitters but they also get to meet other parents and get to know about their kids’ friends,” says Ashley.

Making connections to other moms

“I made sure I joined play groups and tumbling classes and swimming lessons and I searched for every library within 20 miles of our house and we went to story groups,” says Klingler.

She says she also looked for Facebook groups that would connect her with other moms in the area.

“I got on Facebook and connected with moms who have kids the same age. I was able to meet a few girls who have kids that are all born within a few days of my son,” says Klingler. The women get together often at each other’s home, local parks or other places where the kids can play and the moms can socialize.

Walker formed a Facebook group to meet other moms in her community and it turned into an active playgroup.

“For about 8 months I planned play dates and park outings. I would sometimes have seven or eight moms and their kids over to play, just from those I met on Facebook,” says Walker. While she has had to take a break from hosting to get her son to therapy regularly, she still posts local events and activities to help moms find fun things to do.

Wiseman struggled to get out of the house initially, especially with her breast cancer treatment and small children, but has recently found the value in getting out.

“When the baby turned about five or six months old, I started to feel more confident about getting the kids out of the house at a certain time. My friend then introduced me to story time at the library and a pre-preschool class that we now have our kids in together. The little crafts my son makes and brings home are so cute and the time I get to talk to my friend while the little ones are busy is priceless,” says Wiseman.

The work of a stay-at-home mom can be exhausting and isolating.

“The hardest part of being a stay-at-home mom is the sheer exhaustion and not feeling like you have the right to be tired. There are so many days that the same black sweatpants I woke up in are the same sweatpants I’m making dinner and putting the kids to sleep in, yet I’m so tired,” says Wiseman. “My husband goes off to work at 5 a.m. and doesn’t get home until 7 p.m. most nights. I don’t have time to be tired. I feel guilty for not having that extra energy that day to do a craft or make a fun lunch, or even have dinner ready for my husband when he gets home. Those days are hard, even harder than the one where you have the energy to do it all and it goes unnoticed.”

Wiseman says she calls her mom every day. Having that connection is something she looks forward to every day.

“What we talk about is not at all important, but what is important is that it’s a real-life adult that can have a real adult conversation,” says Wiseman, who says her mom understands because she was once a stay-at-home-mom. She also has a close friend with small children and they are a source of support for each other.

Klingler says she need some time to decompress when she’s home.

“I take advantage of nap time. I’ll just take time to relax or take a nap or step outside for a change of scenery. I try not to feel bad about not doing four loads of laundry or cleaning the bathroom,” says Klingler.