10 Ways to Enjoy the Holidays Without Gaining Weight

Enjoy healthy holidays this year – and avoid packing on the extra pounds – with these tips for families. 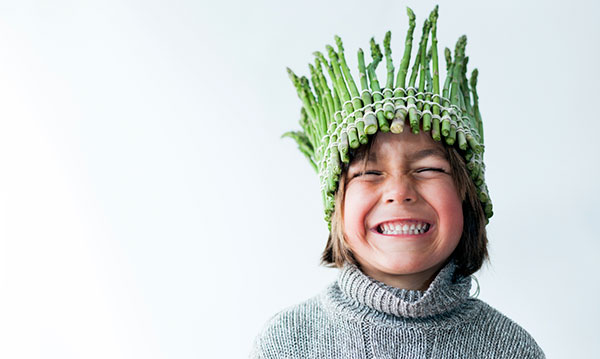 Homemade fudge. Boxes of truffles. Big dinners with family and friends. Work parties. School parties. Goodies galore. There’s a reason why your pants may start feeling tighter around the holidays – calorie-laden foods seem to be everywhere. Many holiday family traditions revolve around food and not just at the dinner table (yes, I’m thinking of you candy-filled Santa stocking!).

While the popular thinking is that people pack on pounds over the holidays the truth is more nuanced. In a study from the National Institutes of Health, which examined just how much weight people added between Thanksgiving and Christmas, researchers found most gained less than a pound. Before you start reaching for an extra cookie, researchers noted – those who were already overweight or obese gained more. Worse? Any weight folks did gain tended to stick with them long after December – it’s dubbed the “holiday creep.”

To keep yourself and your family from tipping the scales this holiday season follow these tips.

Watch portions. It can be easy to pile your plate full of food during holiday gatherings and meals. Bethany Thayer, director of the Henry Ford Center for Health Promotion and Disease Prevention suggests you “ensure portion control by helping yourself to only half of what you might normally consume.” She offers this advice to her diabetes patients but says it can work for anyone.

Cut seconds. Avoid making a return trip to the buffet table. One idea? Survey the buffet spread once before you start adding to your plate. Decide on what you really want to eat and what may not be worth the calories (hello, sweet potato casserole topped with gooey marshmallows).

Snack before the party. Thayer suggests your family “eat a satisfying snack before the feast so you don’t arrive famished.” You’ll be less likely to overeat if you’re not starved.

Bring a dish. It can be tough at holiday gatherings to find lighter fare like raw vegetables or fruits. But if you bring your own to share with other guests you won’t have to wonder – and your family will have something healthy to snack on.

Sit to eat. It can be tempting to graze on candy, leftovers and other food that seems plentiful during the holidays. Try this trick: Don’t eat standing up. Make a deal with yourself and your kids – if you’re going to eat you need to sit down. By sitting to eat you’ll be more aware of what you’re eating and when you’re full.

Add more exercise. Thayer notes, “The best way to compensate for eating too much is to move more. Make exercise part of your holiday festivities. Play a game of flag football before dinner, go for a nature hike or shoot hoops in the backyard.” She adds you’ll not only get exercise but you’ll also have a chance to create some great family memories.

Drink water. One easy way to cut extra calories? Choose water instead of juices or other drinks. If you do want some flavor, mix half seltzer and half fruit juice for a little bubbly that’s low in calories and sugar. Kids can have this easy drink as an alternative to soda pop.

Cook leaner. “If you’re the one doing the cooking, cut down on calories and carbohydrates (without sacrificing taste) by substituting chicken broth for butter and nonfat Greek yogurt for sour cream (or go half and half),” says Thayer. “Amp up flavor by using herbs and spices.”

Leave out healthy treats. Make it easier to choose healthy snacks by cutting up apples, carrots, celery and other nutritious options and put them in accessible spots. For example, have a bowl of mandarin oranges on your kitchen table. In the fridge have a bin full of plastic baggies of cut-up fruit. The easier it is to eat nutritious snacks the more likely your kids are to choose them.

Start active traditions. Brainstorm with your kids new traditions that involve working up a sweat. Perhaps after meals go for a walk together, have a pingpong tournament or play charades.