A study from the University of Michigan outlines some things parents should – and shouldn’t – post online about their kids. 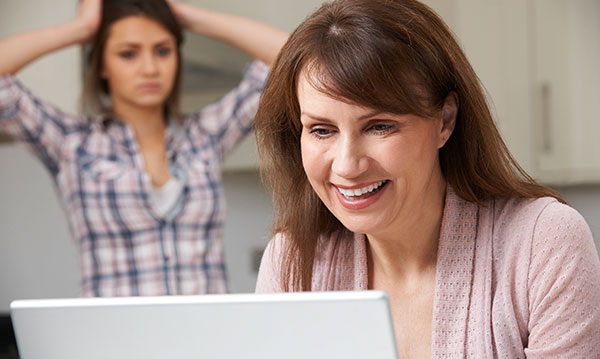 Parents often wonder if they’re doing right by their kids when it comes to social media. Are they posting too many photos? Will their kids eventually resent what was shared about them?

A study from the University of Michigan offers some insight. It turns out the amount of sharing isn’t really the issue but rather the type of photos and details that are shared.

After surveying 331 pairs of parents and their children ages of 10-17, the U-M researchers found out that kids want a bigger say in what gets shared about them online.

What’s OK to post? Positive moments like a great soccer game, a fun family vacation, praise for good grades or posts about hobbies, school activities or special occasions, according to the study.

“You might expect that children don’t want their parents to share anything about them on social media but that’s not what we found,” lead author Carol Moser, a doctoral student at U-M’s School of Information, says in a press release. “Children are OK with their parents posting about certain things, and not just praise for good grades and sports achievements, but also posts that simply reflect a happy home life.”

The other good news for parents? They might not be “oversharing” as much as people tend to think. Parents and children surveyed both said the amount of sharing by parents felt “about right.” Kids just want mom or dad to ask permission – not always, but at least “sometimes,” the study says.

So what’s not OK to post about your kids? Here’s what researchers came up with.

1. Sharing baby photos and stories
Ouch! This one will be tough for new parents (isn’t sharing baby photos why lots of us started using Facebook again after we had kids?). The U-M study didn’t qualify this recommendation, but if you apply some commonsense, we can probably assume that kids are most concerned about bath-time photos, toilet-training stories and other moments that really should be kept private.

2. Posting pictures of friends/significant others
No surprises here. We really should ask permission before posting pictures of anyone else’s kids online – mostly for their privacy and apparently because it might also embarrass your own kid. And skip the mushy photos celebrating your child’s first boyfriend/girlfriend – it’s weird, and it’ll make things more difficult for your teen when the relationship inevitably ends.

3. Talking about bad grades/negative events
We’re all free to use social media to share about our own low moments if we want, but the idea here is to keep the kids’ difficulties out of it. Facebook isn’t the place to talk about a bad grade on a project, a failed exam, not making the basketball team or some other negative situation – even if your intentions are good (and if your intention is to shame, we’ll get to that next).

4. Shaming and punishment posts
We’ve all seen the posts showing the awful ways parents choose to shame their kids on social media. It goes without saying that using Facebook to call out your kids’ mistakes is mean-spirited and a terrible breach of trust.

“It’s easy to forget that the family and the home are considered private spaces in the U.S. and that family members need to respect one another’s privacy,” study co-author Sarita Schoenebeck, assistant professor at the U-M School of Information, notes in the release. “While teenagers can do things that are charming, funny, frustrating and sometimes enraging, parents should be thoughtful about whether that is appropriate content for sharing on social media.”

5. Sharing physically revealing or unflattering photos
As parents, we see every photo of our kids as adorable. But especially as they mature, our children might feel differently about photos that are awkward, physically revealing or in any way diminishing to the more self-aware person they’re becoming. So put yourself in your kids’ shoes – or their shoes five years from now – before you post.

Do you agree with this list? What else do parents post on social media that embarrasses kids? Tell us in the comments.