How to Get Your Child to Sleep Without a Nightlight

Is your child refusing to sleep in the dark? Two experts shed some light on how to get your child to sleep without a nightlight. 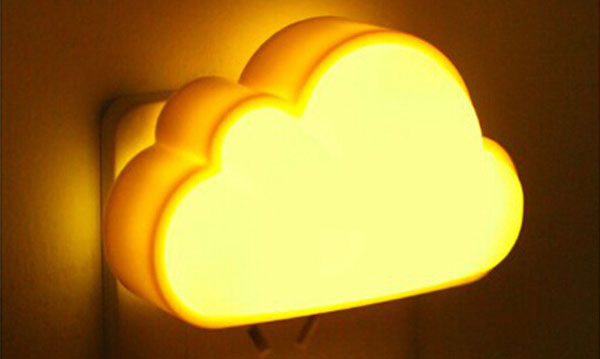 I thought my 6-year-old daughter had given up on her nightlight. When she shared a room with her older sister, she insisted on a small, pink light next to her bed. But over time (and after the bulb burned out), her nightlight was all but forgotten.

Then she moved into her own room — and the nightlight resurfaced. But this time she wasn’t content with just a tiny light; she wanted the whole closet lit — all night long. I’ll admit I haven’t pushed pulling the plug, but as a parent I worry that she’s not getting the sleep she needs.

Is your child a nightlight addict, too? Metro Parent spoke with Robert F. Hoffman, Ph.D., a sleep expert, and Ruth Clark, Ed.D., a retired educator and children’s book author, about when parents should be concerned about their kids’ nightlight habit and how to get your child to sleep without a nightlight.

Too much light can interfere with your child’s normal sleep patterns, explains Hoffman. Your body has an internal regulator, called the circadian clock, which follows various cues to let your body know it’s time to sleep or it’s time to wake up. This regulator reacts to light and darkness and body chemical signals in order to lull you to bed.

With a bright light on all night, your child’s internal clock may be disrupted — and she might not sleep as deeply. Hoffman says that any light under 15 watts is fine, but an open closet door with 45-watt bulb might make for restless sleeping.

Remember: Your child might not be insisting on the nightlight purely out of fear of the dark. Children may be leaving the light on so they can play with toys, says Clark. If your child seems more interested in extending playtime at night, turning the lights out is an easy call.

Nightlights act as a security blanket for some children — and parents. “Being able to look in on your child and check that they are OK brings comfort to parents, too,” Clark says. You may have inadvertently instilled in your child the nightlight need by leaving it on near his crib and then bed so that you could check in on him at night. So don’t be surprised if it takes some effort on your part to coax your child out of the nightlight habit.

Here are three steps to help.

“Humans are very ritualistic,” says Hoffman. “Develop a ritual that includes turning the lights off.” You may already have a bedtime routine (or, if you’re still establishing one, take a peek at these bedtime mistakes to avoid) where your kids put on their jammies, brush their teeth and then read a book with mom or dad; make flipping the switch the final step as you say goodnight.

Going to bed at the same time each night will help this routine along. Clark says you can even have one of your child’s stuffed animals turn out the lights if your child resists having you do it. For example, explain, “Mr. Bear is going to turn off the lights – and then he’s going to stay with you.”

Instead of going dark all at once, you can try dimming the lights gradually. Maybe start by closing the closet door just a little more each night. Then change the wattage of the bulb in the closet. Move on to a nightlight with a low wattage bulb; then, finally, your child may be ready for total darkness.

Try substituting another form of comfort for the security of the nightlight. Clark says the light does serve a purpose in helping your child feel safe as she drifts to sleep. Offer to trade a stuffed animal in place of her nightlight. The stuffed animal may give her the same sense of relief as having the lights on.

What is School of Choice and How Does it Work in Michigan?

Have you heard this phrase before and wondered, 'What is school of choice?' Read this explainer on Michigan school of choice and how it works.
Read more
Sponsored Content

Brought to you by Milk Means More.
Read more
Guides