Protecting your kids is priority No. 1. But what if that goes to the extreme? Learn about the so-called lawnmower parents – and what to do if you're one. 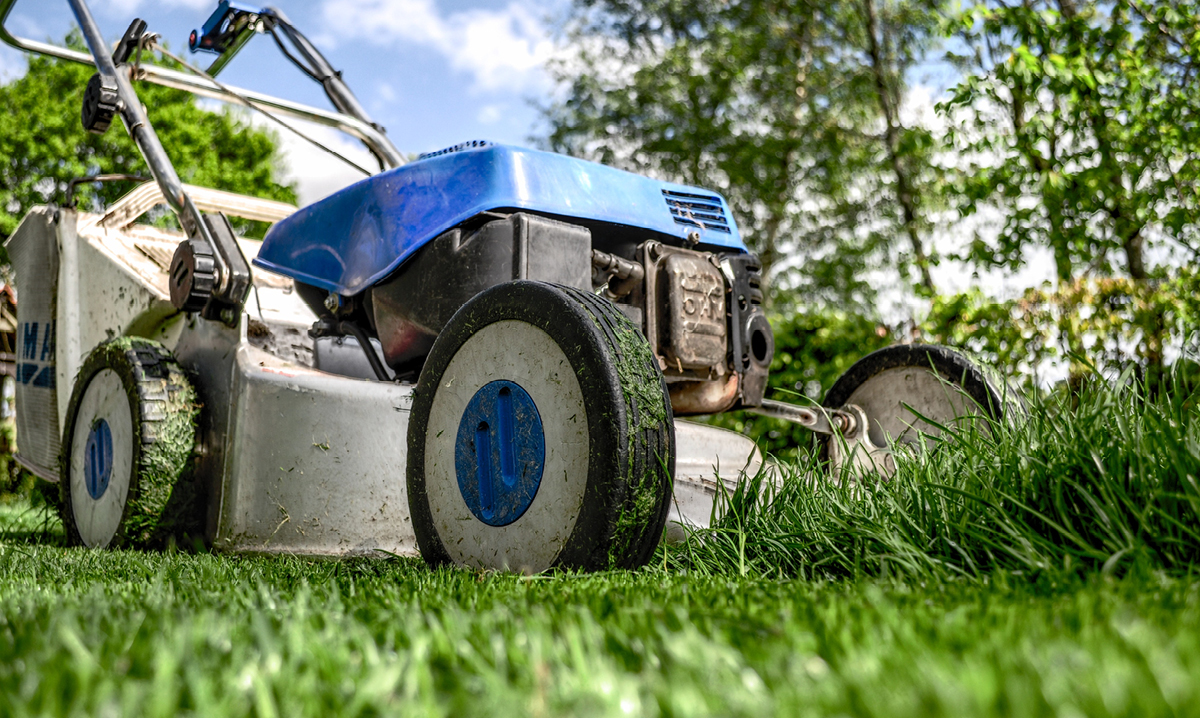 There are plenty of approaches in the parenting game, from parent discipline types to the silky, crunchy and scrunchy labels. And now, lawnmower parents are making their mark on the landscape.

The phrase – which first made waves in an anonymous teacher’s post on WeAre Teachers last year – dubs lawnmower parents “the new helicopter parents.” You’re probably familiar with the latter: These are parents that excessively hover over their kids while giving all of their attention to them and to their problems.

But when a mom or dad takes it to the next level and does all of that and more – mowing down any potential inconvenience, problem or discomfort in a child’s path – then he or she has graduated to the realm of lawnmower parenting.

This means, the teacher says, they “go to whatever lengths necessary to prevent their child from having to face adversity, struggle or failure” in their day-to-day lives.

On the surface, it appears that these parents have their children’s best interest at heart. As the teacher puts it, “I think that most lawnmower parents come from a good place.” But while their actions create a seemingly smooth road for their child to travel, in the long run, it does more harm than good.

Here, two metro Detroit child psychology experts explain what lawnmower parenting is, how it hurts kids, and how parents can kick the habit.

A closer look at lawnmower parents

Lawnmower parenting is a lot like having a guardian angel by kids’ side at all times – only those angels are their parents. It can appear in a lot of different settings.

Dana Cohen, Ph.D., a child psychologist and director of autism and early childhood evaluation services at Beaumont Children’s in Royal Oak, provides examples of what this parenting looks like in real life:

“It’s helicopter parenting to the extreme,” says Cohen. And this type of parenting does not allow kids to learn from their own mistakes.

To the contrary, lawnmower parents are very focused on shielding their children from life, says Eric Herman M.A., LLP, clinical psychologist at Children’s Hospital of Michigan in Detroit.

“These parents have tremendous amounts of anxiety,” Herman explains. “It’s natural to want to protect kids, but there is a difference between protection and overprotection.”

How does it harm kids?

Lawnmower parents pave the way for their child’s development and make the path as smooth as possible. What could be wrong with that?

“It doesn’t prepare them for life,” Herman says. “That’s not how it works when they get bigger.”

Confidence is something that’s only built through being able to do things. And that will include failing, Herman explains. You learn when you fail, in other words, and get stronger because of them.

Because these parents are doing everything possible to keep things bump-free, their kids aren’t going to learn and be prepared for when they no longer live with their parents.

“Consequences when you’re little are so much less significant than later on,” Cohen says.

So when these children grow up, they’re going to feel the effects of consequences to a higher degree. Rocky situations will be a much bigger deal, since habits are ingrained by the time they hit college, explains Cohen.

“They go out into the real world and don’t know how to handle it without their parents,” she says.

Lawnmower parenting also puts a lot of the parent’s anxiety onto to the kids, says Herman. “(Parents) scare them so they don’t want to go out and do new things,” he notes.

What can parents do to break the habit?

There are many ways for lawnmower parents to break the cycle. And that really begins with recognizing the problem and recognizing it’s not healthy, says Herman.

Take a step back and ask yourself what your children are learning from your disciplining and teaching. If they aren’t learning any long-term skills, try something different, Cohen says.

For example, instead of giving your children consequences when they misbehave, let those consequences come naturally. If they forget their homework at school, don’t go back and get it. Let them get a zero on the assignment, says Cohen – and they’ll remember to bring home their homework next time.

It’s also important to keep parental fears away from your children, Herman adds. Ask yourself if what you are doing is to soothe your own anxiety. Get your children involved in activities for their age to show that kids are doing things they’re capable of to help loosen up on worrying.

“I understand that parents want to protect their kids. I’d rather them be a lawnmower parent than negligent,” Herman says. “They’re good parents, and they mean well. They’re just not necessarily helping (their kids) grow to be strong people.”

This Detroit dad discusses toxic masculinity and what it's like raising a son today.
Read more
Things to Do