White Lies and Myths that Parents Tell Their Kids

All parents spin a little yarn or uphold traditional tales about, say, magical holiday characters. But are these half-truths always completely harmless? 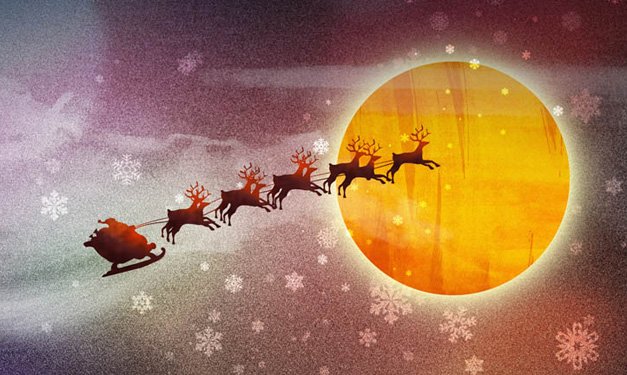 A little fib. A white lie. The Tooth Fairy? Most moms and dads tell their kids a few myths – or encourage children to spin them when, say, they unwrap that tacky gift from Aunt Bertha. Maybe it’s a story of a gift-bearing man from the North Pole and some of his other friends. Or it could be some other omission or half-truth. And sometimes with good reason.

But while the motives aren’t always suspect, that doesn’t mean that the message sent to children isn’t mixed. So, should parents stop telling their “harmless” fibs? Not necessarily. But to avoid the deeper pitfalls, experts say parents should consider what they say – and how they say it.

Fond memories are enough to inspire many parents to alter handwriting, gobble a plate of cookies and, in some cases, rent a red suit. Even the truth came as a shock in their own youth, parents often look back and connect a deeper meaning to the myth, says Dr. Jennifer Heisler, associate professor of interpersonal and family communication at Oakland University in Rochester.

“Stories perpetuate our family values,” she says. For instance, a mom who prizes togetherness might tie those themes into the Santa story, thereby passing it along.

Heisler’s own mom was the family’s storytelling matriarch – and with Santa, she pulled out the stops. Although Heisler didn’t played up the Jolly Elf with her two boys, she admits that the Tooth Fairy in her home doled out dollar bills.

“Because I got a quarter when I was a kid,” she explains. “It was a warm and fuzzy memory. I think it’s a nice way to preserve innocence.”

But some experts think the fiction can go too far. In Pinocchio Parenting: 21 Outrageous Lies We Tell Our Kids, Texas psychologist and dad Dr. Chuck Borsellino argues the magic can be preserved – minus the myth.

“I say embrace the tradition. We do. Only it’s framed with, ‘This is a tradition, and not a truth,'” Borsellino says. With his three now-grown kids, he and his wife slowly introduced the idea that Santa was a story based on the life of St. Nicholas.

His kids still had fun, he says, but didn’t need that dreaded “Well, honey, I guess we should tell you” chat that Borsellino vividly recalls with his mom.

“They know that when they come to me and ask me a question, if I don’t know the answer, I’ll tell them,” he argues.

Keeping it tame is the key, adds Polly Mallory. A licensed professional counselor, she never had to officially break the news to her kids.

“They all knew – but nobody was going to say anything, because the Easter Bunny might not come if they didn’t believe,” she laughs. Mallory suspects it’s a creative outlet for parents, but she doesn’t see harm. “To me, it’s kind of like thumb sucking. I think they give it up when they’re ready. I don’t see any reason to rush it, as long as it’s a tradition that gets enjoyed and doesn’t get nuts.”

Before unloading the truth, experts caution, ask your kids what they think. That’ll give you a good gauge of how much information they need at the moment.

Even the staunchest truth-sticklers allow wiggle room for social graces. But those like Dr. Carissa Gaden, a St. Clair Shores psychologist who works with families and kids, believe there’s a fine line with “false gratitude.”

“I don’t think that kids should be encouraged to gush on and on about something they hated,” she says. In the case of an undesired sweater, for instance: “Instead of saying ‘I hate this’ or ‘This is ugly,’ say, ‘Thank you very much; I’m sure this will be very warm,'” Gaden suggests.

The problem occurs when tact turns into a social lie, says Borsellino. Take an empty promise like “Oh, I’ll call you tomorrow.” Kids and adults often feel compelled to blurt these “benign” comments when they don’t know what to say.

“That’s polite neglect,” he says. When you catch children slipping into this mode, he recommends, “Use that as a learning opportunity.”

Rehearse lie-free responses, such as, “Hey, it’s been good to see you. I’m sure we’ll talk again soon.” Or, if friend asks for an opinion on an unflattering haircut, try something like, “Great summer cut. I’ll bet that’s a lot lighter.”

Experts agree that the greater goal is respecting others’ feelings, but not going overboard. “Watch that underlying message,” Gaden says.

The miscellaneous “fibs” of parenthood range – from explaining the goldfish’s “disappearance” to gems like “Where do babies come from?”

As a mom, Gaden admits she’s avoided a few in-store temper tantrums with the “I don’t have any money” bluff.

“With toddlers, because it’s really hard to explain the situations sometimes, you use a more convenient line like that,” says Gaden. “If you catch yourself saying these fibs a lot, then I think you need to look at what you might be avoiding doing.”

Particularly in uncomfortable cases, experts say it’s better to give kids truth in digestible bits than to deflect with a fib. And if you’re caught off guard or simply don’t know, tell your child you’ll revisit it.

“Then, you really have to follow through,” cautions Heisler – whose own son once declared, “I read in the Bible that two bodies can become one.”

“Let’s talk about that not in the grocery store,” she laughs. “I didn’t want to have that conversation over dinner, either. But he’s going to find out from somebody, and I would much rather it be from me than anybody else.

“Talk early and talk often, is the catch phrase,” she adds. “Then, when the hard questions come, it’s a little bit easier because you already have the habit.”

Be aware of your actions, too. Show of hands: Who’s ever fudged their child’s age to get a discounted rate at the zoo or movies?

“It’s hard to tell your 13-year-old not to lie when that child views you telling lies,” Gaden says. “I do think that parents really value honesty. But they’re not always aware of the stories that they think they’re telling to a ‘faceless’ entity.”

In other words, kids learn that it’s OK to use stories when things go haywire. The better approach, Mallory adds, is teaching children to deal with their frustrations.

With your own emotions under control, for example, say, “I’m so sorry this shopping trip is overwhelming. I can see you’re too tired and too hungry.”

And that’s the truth, after all!