The Benefits of Messy Play for Kids

What are the benefits of messy play? Here are seven lessons your kids are learning from mud pies, piles of Play-Doh and disaster-area play rooms. 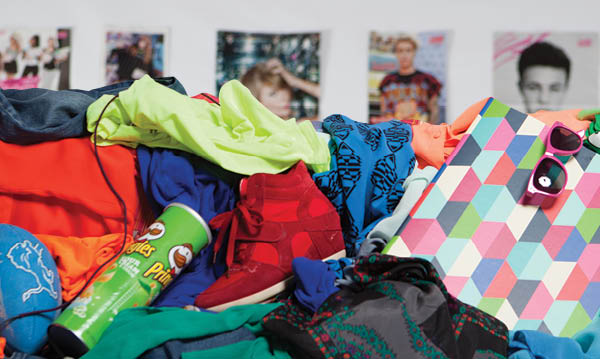 Kids constantly seem to be making some marvelous mess or other. While mom and dad might not always relish the cleanup, it turns out the benefits of messy play are plentiful.

Lori Warner, Ph.D., of Royal Oak fondly recalls the time when her young children made quite the mess – Sydney, 4, gave her her 1-year-old brother, Gavin, a makeover.

With a sheet of stickers in hand, Sydney coated her brother with them one-by-one as he sat in his high chair. She then gleefully took pieces of his wispy hair and twirled them into place using tiny clips. With her extra stickers, she added colorful decorations to the high chair tray – and then all over herself – before proudly showing mom her creation.

“We still have that picture of the kids all stickered up, and it just makes me smile,” Warner says (the kids were 14 and 11 when this post was first published). “They were expressing themselves, so I didn’t mind.”

But other times when the messes weren’t quite as … carefree.

“We call it ‘the day Sydney tarred and feathered her brother,'” recalls Warner, who’s also a clinical psychologist at Beaumont Hospital. “She put baby lotion all over him and then dumped baby powder on him. She did it very fast and they were both laughing, but I had to have a chat. That wasn’t a good mess.”

Whether it’s stickers, baby powder or mud pies, young kids seem hardwired to make messes. But before you reach for the Lysol: There’s more to these messes then it seems.

Kids learn through play – and the messes that often come with it. So if your little one tends to dump her toy chest versus neatly playing with one figurine at a time or splash in the mud puddle instead of walking around it, it’s OK.

In fact, these messes can be crucial to learning and development. Here’s how.

Dumping out all of the Apples to Apples game cards and even mushing peas all over your face – that takes coordination. Really.

“For babies and toddlers, they’re learning how to do all this cool stuff with their bodies,” notes Warner, who’s also director of both the Ted Lindsay Foundation HOPE Center, where she oversees early childhood intensive behavioral intervention, and Beaumont’s Center for Human Development in Berkley.

“Through their movements, they’re learning how to work their body and control their muscles. They’re also exploring the world around them, and that often comes with touch.”

All of that movement and exploration takes practice. So they might dump out a box of toys just to pick up one and then another. All of those motions are helping them build up muscle memory and master fine motor skills.

“They can tap into their senses, their imaginations and their emotions to create something new out of nothing.”

So a family room full of furniture can quickly turn into a fort, a pirate hideout or a fairytale castle with the addition of a few sheets strewn from one chair to the couch.

Through play, kids are reaching into their own minds for ideas instead of following any kind of guidebook or instructions. Sometimes, their creations can make sense to outsiders, while other times the meaning is all their own.

Messy Lesson No. 3: Cause and effect

Pick up a block, drop a block. Pick up another block, drop the block. Slather your hands in mud; feel it squish through your fingers.

Through messy play, young children begin to understand cause and effect – that one action leads to another. Sure, adults know that if you stomp in the mud, you’ll end up with specks of dirt all over you. But for kids, that’s a whole new experience.

“(Toddlers) drop things or pour a cup to see what happens and where it goes,” says Hurley, a mother of two – daughter Riley and Liam, ages 9 and 7 at the time this post was reported.

Young children comprehend the world through all of their senses, not just hearing or seeing something.

“Tapping into the senses is something we work on in all areas,” says Molly Mayernik, a kindergarten teacher at Harvey Elementary, part of Utica Community Schools in Sterling Heights.

“Learning letters and words is a major building block of learning how to read, and seeing it in just text or on a paper is not always exciting enough for young learners. They need to use all their senses to make these connections, especially their sense of feel. We develop these skills through being messy.”

Mayernik, who’s taught for more than 17 years, breaks out clay for youngsters to build letters and shaving cream to write words.

Another one of the benefits of messy play? Young kids can become the master storytellers – developing a cast of characters and intricate plots.

When my girls were grade schoolers, they’d fish in the stream behind our home. They’d store their catch in plastic lettuce bins during the day. Looking over their finds, they’d create elaborate back stories for each fish (and the occasional frog) – stories that would rival any Disney film plot.

At the end of the day, they’d release their characters to keep living their own stories. I saw them come up with the similarly intricate stories using everything from Littlest Pet Shop figurines to empty toilet paper rolls.

And letting them dress up as they tell stories can have an even more positive impact.

My 12-year-old now bakes better cookies than I do. When we have guests coming over, she’s the one we ask to make cakes, muffins, brownies or other goodies to serve.

One batch of brownies she made included a hint of almond extract and a Nutella swirl. And, while her creations are baking, she cleans up her bowls and wipes down the counters.

But wasn’t always that way.

My daughter’s first experience “cooking” in the kitchen was banging pots and pans together as a toddler while I made dinner. As a preschooler, she’d measure flour and sugar for me, often spilling more on the countertop than made it into the cup.

In grade school she made her first batch of muffins solo – and even cleaned up herself. The muffins ended up deflated and most of the bowls still had a coating of sticky banana on the handles.

But as she got older and we kept making messes, er, cooking, she became better – turning out cookies that are just crisp on the edges and chewy inside and cream cheese frosting flavored with fresh strawberry purée to create a tart icing for cupcakes.

Hurley has had similar experiences at her house. “Just yesterday, (my daughter) was covered head-to-toe in flour, but she made M&M cookies all by herself and couldn’t have been more proud.”

Of all the benefits of messy play, perhaps the greatest – and most surprising – is that it teaches kids independence.

Messes are inherently, well, messy. The goal isn’t to create something perfect and within the lines; it’s to create.

Mayernik has seen apprehensive kindergartens become more sure of their skills through making messes because it gives them an outlet.

“I feel like this is especially true for students struggling with confidence and self-esteem,” she says. “There really is no wrong way to do messy play.”

Hurley concurs: “With messy play, parents need to learn to let go. Childhood moves fast, and one day the mess will fade into late-sleeping teens leaving smelly socks on the floor. I always encourage parents to embrace the mess. The best way to do this is to join in!”