Why I’d Let My Kids Dye Their Hair

This Oakland County mom of two says it's OK to let kids color it and embrace their desire to be different. 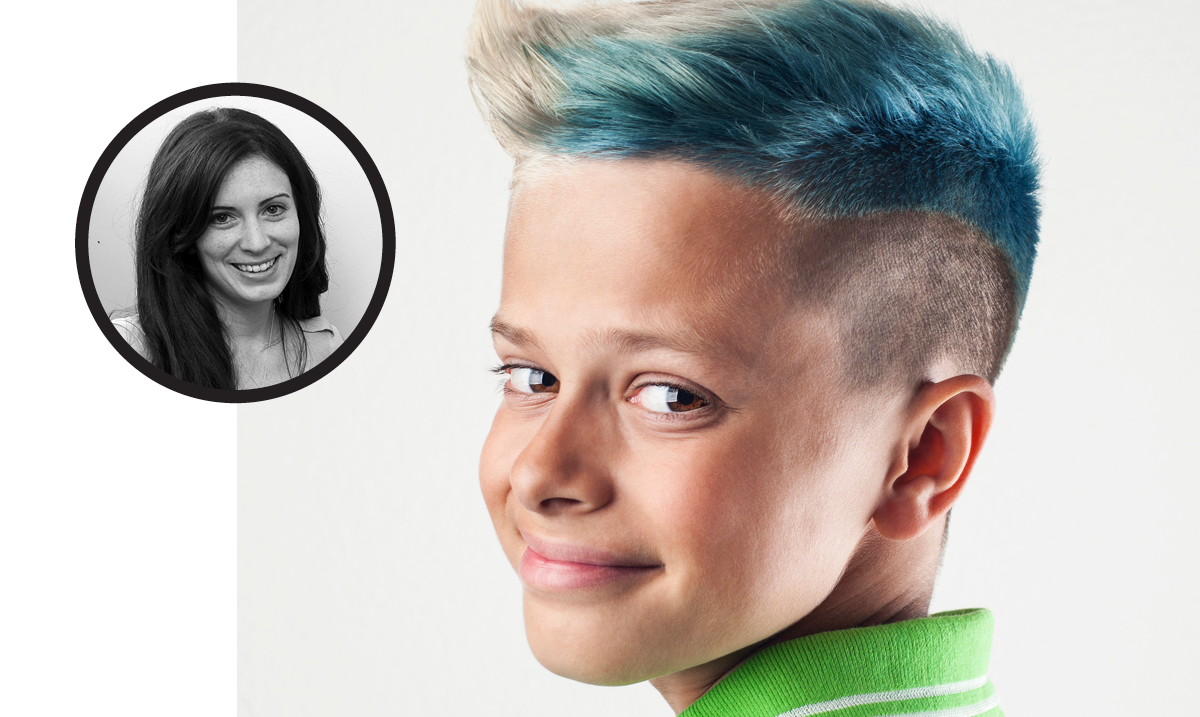 My three nephews are some of the most “clean-cut” boys you’ll ever meet.

Nicely dressed and put together, they get haircuts every six weeks like clockwork. My brother-in-law wouldn’t dream of letting their hair get sloppy.

But lately after a fresh cut, the older two – ages 8 and 6 – have something new to show off: a little splash of color in orange, blue or red, thanks to a new hair color “chalk” the barber shop offers. The boys love it, and it’s super temporary. And, to my surprise, my sister says that if he keeps asking, they might let their eldest get something slightly more lasting (still temporary) next time.

It’s all part of the trend that sees kids wanting, and often getting, hair color at earlier ages than ever. Wild colors aren’t just for so-called “rebellious” teens anymore, and today’s kids want in on the fun.

My daughter and her friends are no exception; they’ve been trying to “color” their hair since preschool with clip-in highlights and color sprays. After her eighth birthday, I finally let her get a few streaks of blue on her tips. I talked to our pediatrician first. The color didn’t touch her scalp and of course the area was well-ventilated, and the work was done by a stylist friend and salon owner we trust.

She felt great and loved it, though I got a few side-eyes from other parents.

Those against the trend say kids are too young for such drastic personal-aesthetic changes, that it could be harmful or will lead to vanity.

Personally, I don’t understand why something so trivial is a topic of debate to begin with. With so much else to worry about these days, hair color isn’t on my list.

Safety should be any parent’s top concern, and I’ve done my research and don’t believe these temporary hair-color products are harmful to kids’ health. The data is mixed on permanent dye, especially dark colors, so that’s not something I’d allow.

Damage to the hair – especially “permanent damage” – is debatable; hair past the scalp is dead, and a negative impact from temporary color hasn’t been established.

As for vanity? By that logic, we shouldn’t let our kids choose their clothing, hair styles or anything else. Besides, hair color won’t be a monthly or even yearly thing for most kids who try it.

Worse, some say it’s just not “appropriate” – that loud or vibrant hair colors aren’t suitable for work or school, so we shouldn’t let kids experiment with them. But here at Metro Parent alone, we’ve got at least three well-respected professionals with colorful ‘dos who would beg to differ.

Obviously, hair color isn’t for everyone, and many parents will decide it’s out of their comfort zone. No kid “needs” a different hair color, to be sure. And there’s always the risk some negative effect will be discovered in the future and we’ll regret it, knowing it wasn’t “necessary.” But which parenting decisions don’t carry that risk? Piercing a baby’s ears isn’t nearly as frowned on – yet is much more permanent and has an actual risk of infection.

I asked my brother-in-law recently what made him agree to temporary color for my nephew. “It’s about choosing your battles,” he says. They may as well let the kids express themselves since “in the grand scheme of things, hair is not a big deal.”

What could be a big deal, though, is the confidence kids can gain by having this small amount of control over their appearance – at a stage in life when they don’t have control over much else.

It's totally natural but can be an uncomfortable thing to address with your son. A local expert offers advice on how to handle boys' wet dreams.
Read more
Guides