Why I’d Never Spank My Kids

Farmington Hills mom Rebecca Kavanagh doesn't spank her kids because she thinks it teaches them that violence is a viable option. 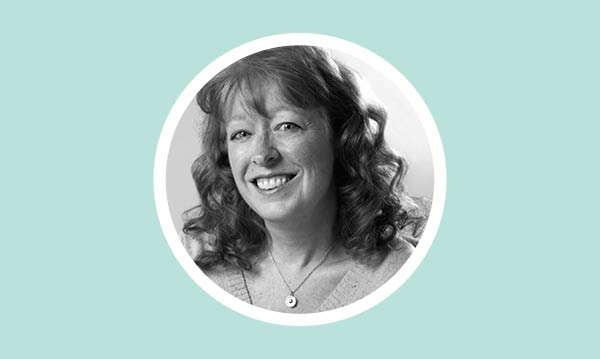 Would I spank the two people most precious to me – defenseless little ones whom I eagerly built from scratch? No. Never. Not ever.

My daughter and son are teens now, but even during their naughtiest phases, I didn’t once consider spanking as a disciplinary option. Not when Jackson pulled his tiny hand from mine and dashed toward a busy intersection, not when Sophia looked straight into my eyes and lied, not when the two of them bickered in the backseat long after I’d warned them to stop-right-now-or-else. “Or else” was never a spanking. Of course not. A thousand times no.

In my mind, spanking is hitting and hitting is child abuse. I might roar in anger. I might slam a drawer in frustration. I might cry behind the bathroom door on the hardest of days. But I would never raise a hand and watch my darlings cower.

However, I’m an open-minded person. Because I had never truly contemplated spanking – the way I tallied the pros and cons of potty-training methods, for example – I played devil’s advocate and looked at what the latest wisdom would show.

I didn’t have to look long. My first Google hit took me to a story about a research team from the University of Michigan and the University of Texas who analyzed 75 studies involving more than 150,000 children across a 50-year time span. These five decades’ worth of studies all came to incredibly consistent conclusions: There is a correlation between spanking and negative outcomes and absolutely no correlation between spanking and positive outcomes.

In other words, the experts say, not only is hitting your kid cruel, it’s counterproductive.

A smack on the bottom shows kids that violence is a viable option. If you swat your son on the butt after he scampers away from you at the zoo, why would he think twice about slugging a buddy while arguing about Mario Kart?

You may think you’re getting their attention and causing an instinctual aversion, so that your child associates pain with a particular action. But if that child is too young to understand cause-and-effect as explained to them (“Don’t pull the doggy’s tail or he will bite you and I will put you in timeout”), then he is also too young to make the mental connection you’re intending. Instead, the association he’s making is: Parent equals pain.

Listen, I get it. You were spanked as a kid and you turned out fine. But we’re not raising our children the way our parents raised us. We buckle them in tightly instead of letting them tumble across the backseat. We strap helmets on their noggins instead of waving as they zoom off unprotected. We ban cigarettes in restaurants instead of feeding kids burgers in a cloud of lung-coating smoke. We know so much more than our parents did – stuff that seems common sense now. Including: Don’t hit. Don’t hit anyone, ever, but especially the littlest among us, the ones we love the most, the people we’re supposed to protect.

I believe that in this increasingly angry and confrontational society, parents have a responsibility to teach our kids nonviolent behavior, right alongside the golden rule and please and thank you.

Don’t get me wrong – I’m not in favor of letting kids run wild, or addressing bad behavior with long-winded discussions about making better choices. Children should be well behaved and learn right from wrong. But there is middle ground between spanking and indulging.

Parenting with brainpower instead of brute force requires a lot of patience, a lot of effort and – ironically – a hands-on approach. It means delivering predictable and logical consequences, both positive and negative. Praise good behavior (“Thanks for holding onto my hand all the way across the street, buddy!”) and punish the bad, explaining what your child has done wrong and why it’s punishable.

There are many non-physical ways to deliver consequences. You can put kids in timeout, temporarily take away their privileges or assign a “make good” – write a letter of apology, do extra chores or forfeit their allowance to pay for something broken, for example. You don’t have to hit your kids to prove you have power.

Harrison Township mom Rebecca Thomas doesn’t have a problem with spanking her children as a form of discipline. Read more about her viewpoint on spanking here.