Why Kids Lie and What to Do

How good is your kid lie detector? Here's how to give it a tune up. 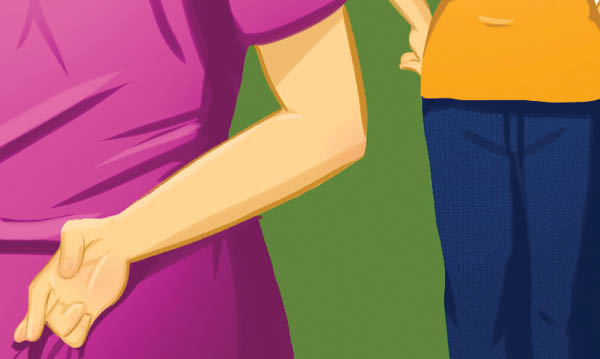 Many parents think they can tell when their child is lying – but a study that recently ran in the Journal of Experimental Psychology says “nope.”

Moms and dads of kids ages 8 to 16 were more likely to believe their own kids lies than non-parents and parents deciding if someone else’s child was telling the truth. Bottom line: Despite feeling confident about their lie-detecting chops, parents have a “truth bias” when it comes to their own offspring.

So why do kids lie? How do you tell if they’re lying – and how do you confront it?

“Children and teens do not really lie at a different rate,” says Lancaster. “They just lie about different things.” For tweens, it’s usually because they don’t want to take responsibility for something, like if they broke something in the house. Teens, he says, lie about covert behaviors, which can include drug use or sexual behavior.

At all ages, Lancaster says, be open with your children to encourage honesty in the home. “Adolescents lie about critical information. It is important to have some level of monitoring going on.”

Don’t just rely on the child’s report, he adds. Keep tabs on where they are, who they’re with and what they’re doing. One way to do this is to keep in contact with parents of your child’s friends.

First off, “Stay away from lectures and interrogations, as these will likely lead to conflict,” says Lancaster. Instead, the best way to confront a child is to use your parental instinct and implement consequences as you see fit – and to do so quickly, without extensive discussions or multiple warnings. Groundings or taking away phone privileges are common punishments.

“Children tend to learn best from consequences and not lectures, explanations or appeals to logic,” Lancaster says. “These strategies tend to only elicit more conflict and more behavior problems.”

The best way to talk about the issue, he adds, is to process the information at a time far removed from the event and after consequences are no longer in effect. This gives the child time to calm down as well as you, the parent.

He also believes that if parents are open and honest with their children about things such as sex and substance use, it will help teens when faced with those choices to make the right decision.

“Essentially you are doing this because it is your job as a parent to keep your child safe,” says Lancaster.