Why Kids Misbehave and What Parents Can Do

A clinical psychologist weighs in on why kids misbehave – and two local parents share insight on how parents should handle their child's bad behavior. 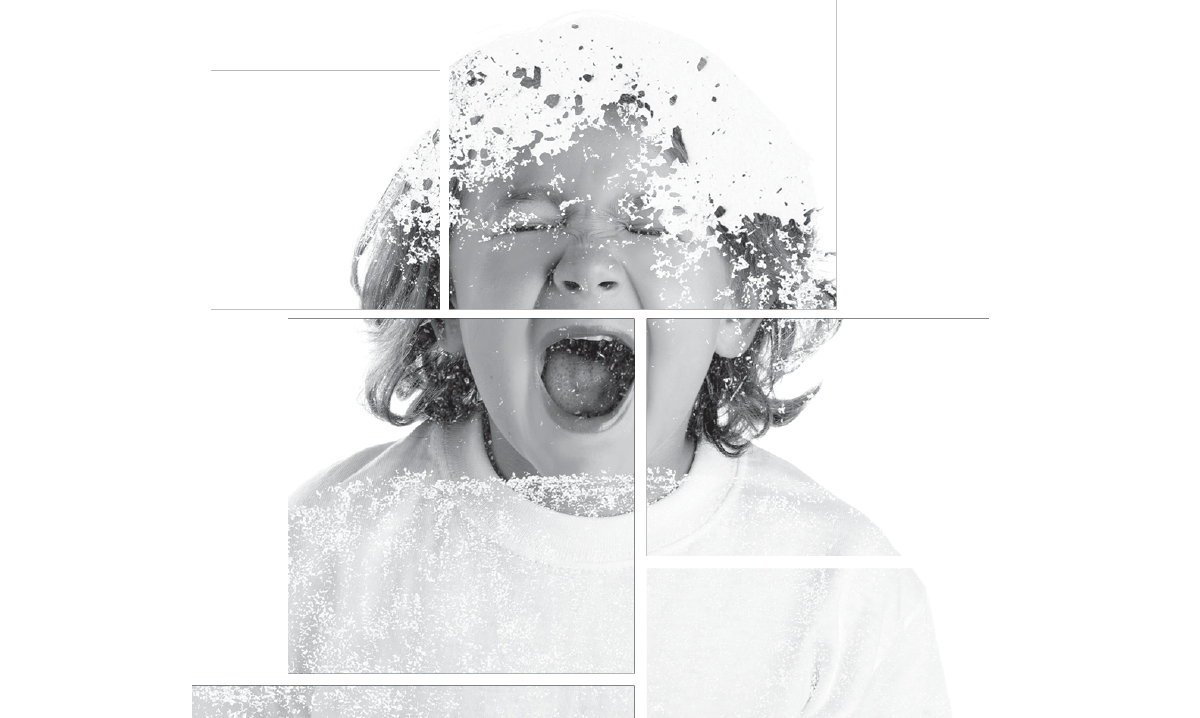 Naughty or nice, no one’s really getting a lump of coal in their stocking on Christmas morning. Most parents choose a more opportune time to address behavior problems, but if we’re being honest, some kids technically fall on the wrong side of Santa’s list sometimes.

And why is that? Every child misbehaves once in a while – part of growing up, after all, is learning how to meet expectations and manage your emotions – but some children struggle more than others to get it right. They push the limits, question authority and don’t seem to learn from their mistakes quite as quickly as others.

But make no mistake. These are not “bad” kids.

To start, bad behavior is often a symptom of an underlying problem. This could be anything from ADHD to depression or severe stress, abuse or trauma.

“If it’s underlying problems causing a child to have trouble, calling them ‘bad’ all the time for something they can’t control isn’t good,” Herman says.

Others have no diagnosable reason for their frequent transgressions but could be slower to mature, acting out for a specific reason or not getting the type of discipline they’d respond best to.

Parents can exacerbate the problem by either being too easy on their child and letting them run the show, Herman explains, or by trying to curb undesirable behavior by being very harsh, trying to intimidate the child or meting out severe punishments.

Parenting for the child

Even the most skilled or experienced parents can struggle with their children’s behavior. Eric and Kristine Walton of Harper Woods are the parents of five children ranging in age from 5 to 14 at the time of this interview. He’s a preschool teacher and she is a nurse who formerly worked with at-risk mothers and babies as a home visitor, so they come with more expertise than many parents. Plus, with five children close in age, they leveled up their learning pretty quickly.

Following through on consequences is key, they say, but tailoring those consequences to the individual child’s personality is also important.

“(Our oldest), you can just look at him the wrong way and he gets very remorseful. It matters to him that we’re upset with him,” Kristine says. “With (our second), we just have to keep talking – we know with him we might have to take things away.”

They learn about what will be most effective by spending time with each of their children one on one. That can be challenging with two busy careers, but Kristine says it’s key to helping them understand what might be causing their children to misbehave and how to address it.

‘Consistency is the key’

It’s imperative that both parents are on the same page about discipline, Eric says. “It takes teamwork. We talk about everything we go through with the kids and strategize,” he says.

Kristine adds, “We never disagree about the type of consequence the kids get. If the kids see that you are divided, it’s hard.”

That’s exactly the kind of advice Herman gives the parents who end up in his office.

“Consistency is the key,” he says. “Kids need to know there is going to be a consequence for their actions, both positive and negative, and that we follow through on what we say we’re going to do, both good and bad.”

Communication is also critical. Parents need to listen to their children instead of only talking to them. Addressing consequences for behavior as a way to work towards a goal helps kids see the reasoning behind it, and letting them explain themselves in an appropriate way – without allowing the situation to turn into a negotiation – lets them know they have a voice, as well.

Clear expectations and an innovative way to communicate them are the tools Julie Lambert, an art instructor from Berkley, and her husband Dave use with their two boys, who were 8 and 5 at the time of this article’s publication.

One of the issues they struggle with is the boys fighting with each other. Along with very simple rules for behavior – they make clear no one in their house is allowed to hurt anyone or make anyone feel unsafe – they have consistent consequences for bad behavior. Each boy has a jar and if they do something that goes against those rules, the parents put a paper in the jar. If one of the boys gets to five pieces of paper in his jar, he has to do a task that helps someone else in the household.

Sometimes, consequences can be as tough on the parent as they are on the child. In those cases, Lambert says, she knows she has to stay strong and be consistent. One of their more serious consequences is taking away a privilege for 24 hours if one of their boys hurts someone or behaves in an unsafe way.

It’s tough because the kids push back on it, but she knows the importance of staying firm to emphasize the message that following the rules matters.

“I have to remain extremely calm, and I know I have to be in for the long haul,” she says. “It can take hours repeating the same thing over and over – this is what’s happening and it is not changing – you need to wait it out one minute longer than they do.”

Lambert’s older child is diagnosed with ADHD and dyslexia, and he sees a therapist to help him address those issues. Many of the techniques they use were introduced to them by their therapist. It’s been extremely helpful to have another adult in their corner, showing them ways to navigate issues or handle problems, Lambert says.

“Our child’s therapist helps us develop strategies for discipline,” she says. “You’re not shaming your child but when the therapist is saying something you’ve been telling them at home also, he hears it better.”

Getting help when it’s needed is one of the best things parents can do, Herman says.

“Psychotherapy or behavioral therapy is useful, especially when you have a parent-child part to it,” he says. “In large part, when I start working with a family I’m trying to take the negativity out of the situation because by the time parents come in, the frustration is really high.”

“I would be concerned if a child is arguing with adults, arguing with teachers or arguing with parents, or being physically aggressive beyond just regular kid stuff, where they’re hurting other kids,” Herman says.

It can sometimes be difficult to know whether a certain behavior is age-appropriate rebellion or something to worry about. Herman suggests observing your child with schoolmates or other kids their age, and reading up on child development at different stages. If you are still concerned, reaching out for help is always a good idea.

Parents can visit the Michigan Mental Health Networker website, which shows a list of every clinician in a particular county as well as those who take private and public insurance. Schools – usually a school counselor or social worker – will typically have a list of mental health care providers, too, and can often offer some counseling right at school.

Raising mentally healthy kids who can manage their behavior and respect boundaries is difficult work, but it’s critical to your child’s future.

“You don’t want to break (their) spirit,” Kristine says, and she also doesn’t want them to be too submissive. “It’s not easy.”