Why Kids Tell Lies and What Parents Can Do 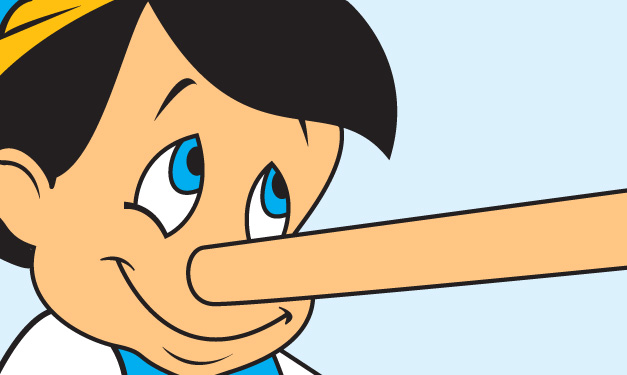 The Boy Who Cried Wolf is just a fable – but there’s truth to it. Kids are known to embellish, tell tall tales, fib or just plain lie. Sometimes they’ll spin tales to weasel out of a tight spot. Others, they’re gunning for attention, or even trying to make themselves feel better. Whatever the reason, there are ways you can handle it (cross our hearts!).

Look in the mirror

It’s no wonder kids lie: They learn by example. Even the most honest adult tells a white lie in social situations or drops a small “untruth” to get out of a problem. Kids pick up on this “stretching of the truth,” and they’re often encouraged to emulate it.

From when kids are very young, they’re taught “politically-correct lies,” like telling an aunt they love the socks they got for Christmas or explaining to a telemarketer that Mom isn’t home, even if she’s right there.

But these add up. According to a study by Nancy Darling, a psychology professor with Ohio’s Oberlin College, 98 percent of kids have lied to their parents about dozens of subjects – from where they’re spending their time after school to more serious things like alcohol use.

For many parents, trust is one of the most important feelings they share with their kids, and it can be hard when they first realize their children are lying to them.

Beth Hurley, a Canton mom, says it was a blow when she first caught her oldest child lying about his homework assignments. “I was just so used to him telling the truth,” she says. “To me, when he lies, that’s a betrayal of trust.”

Hurley makes sure her kids are punished in some way they are caught in a lie. Tracy Loveland, a psychologist at Ann Arbor Public Schools, says although lying is usually natural for children, consequences teach kids that the behavior isn’t acceptable or condoned.

“Some things seem harmless to begin with, but then they snowball,” Loveland says. “Behaviors serve a function, so if a child lies and it’s being reinforced, then the child is going to keep doing that behavior.”

Heather Brooks, a Roseville mother of three, says that even though she expects her oldest to lie a little, she and her husband also make sure that there’s punishment when it happens, to help prevent future problems.

“We’re training him to be an adult and want him to understand the importance of telling the truth,” Brooks says.

Getting to the root of why kids lie

Loveland says punishment is important, but diagnosing the cause of the lying could be even more so. What’s the reason for the lying, and what’s the benefit that the child gets from it?

“If kids lie, they are feeling like they need to for some reason,” Loveland says. For instance, some children tell lies to make themselves look better. If a child has a strong pattern of doing that, that could be a sign of serious self-esteem issues.

If a child seems to lie with the greatest of ease to get out of trouble or for self-preservation, then parents need communicate that the behavior is against their values. Is the child trying to get out of something or testing boundaries? These are just some of the reasons that kids lie to their parents.

“I really think my son uses it as a method of self-preservation,” says Jennifer Gall, an Eastpointe mom. “Once he became aware of himself, he figured out how to save himself; to get himself out of trouble. I think it’s instinctual rather than learned.”

Gall’s son usually just lies about small things, like covering up what he forgot to finish earlier, such as cleaning his room. Brooks says she usually catches her son when he is lying in order to get out of trouble.

“I like to tell him, ‘I won’t be mad if you tell truth, but I will be if you lie,'” Gall says. “I like giving him an opportunity to correct his mistake,” instead of resorting to lying.

Got a tween or teen? Learn more about lying at this stage.

Do you have any additional advice based on how you handled a situation of kids and lying? Comment below!