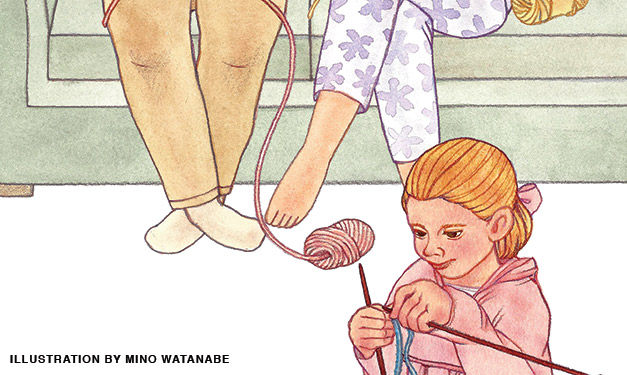 As your children grow up, your parents grow old – and as they age, they’ll start to need more and more help. When that time comes, which sibling in your family will take over as your aging parents’ primary caregiver?

According to a study from Princeton University, when it comes to that responsibility, women have a higher chance of stepping up and stepping in than their male siblings.

“Adult daughters provide twice as much care to their parents than sons,” says study author Angelina Grigoryeva, a Ph.D. candidate in sociology at Princeton. “Furthermore, the amount of care daughters provide is strongly associated with individual constraints they face, such as employment and competing caregiving responsibilities for children,” she says. For sons, though, the most important predictor of caregiving is the absence of additional helpers, such as another parent or a sister.

These findings aren’t surprising to Sallie Justice, formerly the communications manager at the Area Agency on Aging 1-B, which serves Livingston, Macomb, Monroe, Oakland, St. Clair and Washtenaw counties.

The nonprofit, which has been connecting caregivers to local resources for more than 40 years, receives some 60,000 calls annually – and Justice says the majority of those calls are from women who are looking for resources and information.

Why does this kind of gender gap exist in elder care – especially when housework has become more evenly divided between men and women?

“In 1900, the elderly – persons 65 years or older – constituted only 4 percent of the U.S. population. By 2010, this segment represented 13 percent of the population; about one in every eight Americans,” she says. So the population of elderly people has grown from 3.1 million to 40.3 million and, according to information from the Federal Interagency Forum on Aging Related Statistics 2012, the number is only expected to continue to grow.

With that, there is going to be an increase in the number of caregivers needed, and much of the responsibility will fall to children of aging parents.

That care, Justice says, is what’s saving billions of dollars in health care, because family members are providing it for free.

“Family caregivers are really the pillar of the health care system,” Justice says, since they provide the care that helps keep their parents out of the hospital.

To obtain details for her study, Grigoryeva looked at data from the Health and Retirement Study, which is conducted by the University of Michigan, and found that elder care appears to be more gendered than other forms of unpaid family and domestic labor, which includes housework or child care.

Even though the gap in household work has narrowed over time – with more men chipping in on the work – this hasn’t yet happened in the area of elder care. And it’s hard to gauge whether or not this will even out over time.

While being a caregiver can be extremely rewarding, Justice says it can also be incredibly exhausting and overwhelming.

“The most frequent reported unmet needs of caregivers are finding time for themselves, managing their emotional and physical stress, and balancing their responsibilities with work and their own families,” Justice says.

For this reason, many caregivers are forced to cut down on the number of hours they work – some even quit their jobs to continue to care for their parents, which puts them in a difficult financial situation.

In addition, finding time for errands, the gym or simply to unwind is nearly impossible.

“It’s a huge responsibility, and there’s a lot less flexibility in your life,” Justice says.

That’s why Area Agency on Aging 1-B provides resources like adult day care where someone comes in for a few hours to sit with your parent while you take some time for a break.

And for those primary caregivers who are hoping to get some help from their siblings, Justice says, “Try to be specific about what your needs are. Don’t be vague.” If you need your brother to pick up your mom’s pills or stay with her for a few hours one evening, simply tell him.

If you’re the primary caregiver to an aging parent in your family, remember that it can be empowering, Justice says. Many think, “If I’ve done this, I can handle anything.”