Women – Especially Single Moms – Have the Most Sleep Issues 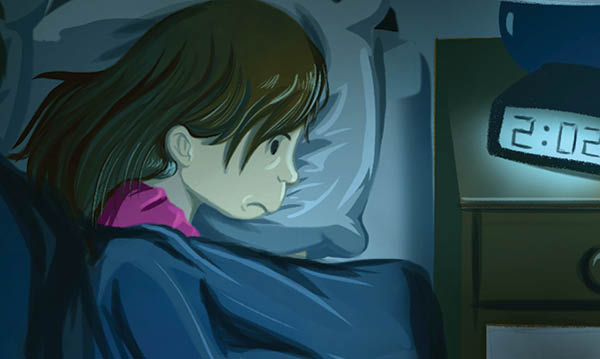 You’d never drive drunk with your kids in the car. But if you’re not getting enough sleep each night, you could actually be just as impaired driving as if you were legally drunk, says Dr. Leslie Swanson, clinical assistant professor of psychiatry with University of Michigan Health System in Ann Arbor.

“When we’re sleep deprived, we’re actually not able to accurately perceive our level of impairment,” she says.

Yet so many of us aren’t operating on enough sleep. In fact, one-third of U.S. adults don’t get the required seven hours each night, say both the American Academy of Sleep Medicine and Sleep Research Society.

And for women, things are worse. A recent study from the Centers for Disease Control and Prevention found women are more likely to report trouble falling – and staying – asleep than men. Single moms are more likely than any other type of adult to report short sleep times, issues falling asleep and not feeling well-rested when they wake up in the morning.

“Most likely it’s because women put a higher priority on family than men, so that’s why they have a higher incidence of sleep disorders,” Jayakar believes. “Their minds are always going worrying about the children.”

And for single moms who don’t have a partner at home, it’s even harder, Jayakar adds. Among single parents, the CDC reports 43.5 percent of women with kids under age 18 get less than seven hours of sleep in a 24-hour period compared to 37.5 percent of single men.

“Within family types, women were more likely than men to frequently have trouble falling asleep and staying asleep, and to frequently wake up feeling not well-rested,” the study notes.

“We do know that sleep deprivation affects overall health,” Swanson adds. High blood pressure, heart attacks, depression and anxiety are just some of the results.

Other factors that may impact a woman’s sleep, Jayakar adds, are pregnancy and periods. “Their sleep may be more disrupted because of the hormone changes (during) periods,” he adds. And pregnant women can develop pregnancy-related sleep apnea, which also impacts sleep.

If you’re struggling in the sleep department, there are some slight changes you can make to your daily routine to help you catch a few more zzz’s each night.

Caffeine fanatics should be careful. “Don’t have caffeine after lunch,” Swanson says. This is especially important for women who are taking oral contraceptives, because caffeine will live for around 16 hours in the systems of these ladies, opposed to eight hours for those who are not on the pill.

Exercise can also help you sleep better, but Swanson suggests avoiding it within three hours of bedtime.

Feeling sleepy? That’s when you should head to your bedroom – not before, Jayakar says. Keep technology on the other side of the door. No television, no phones – nothing that’s going to keep you awake, he says.

“Don’t do other things in bed besides sleep and sex,” Swanson says. If this isn’t a reality for you, and you need some technology to wind down, make sure the lighting is on the dimmest setting – and no matter what you’re doing, keep it low-key. Lower those lamps, too. “Dimming lights allows us to release melatonin,” Swanson says, which aids in sleep.

Winding down is critical, and people should do so for at least 30 minutes – up to 90.

If you happen to wake up in the middle of the night and it takes more than a few minutes to go back to sleep, Jayakar suggests leaving the room and not coming back until you’re sleepy again. Keep repeating this cycle.

Lace up your skates and enjoy an evening of old-school fun with your family at one near you.
Read more
Indoors