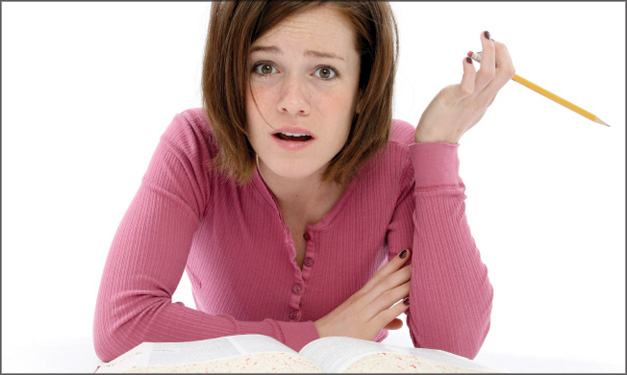 Looking for a way to give your teen a leg up on making a smooth transition to college after high school? What about helping him focus more on his studies once he’s there? Would you like to shorten the time your son or daughter spends in college? If you answered “yes” to any of these questions, then you might be interested in a surprising solution – enroll your teen in summer camp!

Once thought of as a time for arts, crafts and outdoor adventure for younger children, summer camps have changed through the years. Now, many southeast Michigan area colleges offer summer camps targeted specifically for high schoolers who want to get an edge on career planning. In these camps, teens are given the chance to explore their career options – some even allow kids to live on campus while they’re at the camp.

If you’ve been looking for a way to jump-start your teen’s interest in college – and more to the point, a career – summer camp may be the way to go.

When trying to decide on a summer camp for your teen, there are several factors to keep in mind. First, talk to your teen about her interests, advises Michele Bialo, program manager for continuing education and professional development at Schoolcraft College in Livonia.

“You need to pay attention to what their interests are,” says Bialo. “But you might also want to suggest that they take a course on something you think might be a good fit.”

In other words, a weeklong summer camp can be a good way for your teen to sample various careers without committing to just one. Perhaps he chooses one camp that he’s interested in at the beginning of the summer – and then another summer camp that you select later in the summer.

At Oakland University in Rochester, Julie Trube, the director of enrollment and community outreach, sees summer camps as a way to “nurture a college-going feeling within the communities that we serve.” In their summer programming, there’s a wide range of camps.

First, for teens who aren’t sure what kind of field they’re interested in, “career exploration” camps take a look at a variety of options. Each day of camp, teens get a look at high-growth, high-demand careers and sample what it would be like to work in that field.

Just looking for a summer school boost for your teen? See what’s happening to help kids catch up – or leap ahead.

Another popular choice is camps that are within a particular career field, such as nursing, engineering, computer sciences and more. These camps help introduce teens to the various career options within that field. For example, your medically minded teen would have a chance to consider nuclear medicine and radiologic technology and specialty fields, all before she gets to college. Or for your entrepreneurial teen, he gets a crack at learning what it takes to manage his own business.

And for students who already know what field they’re pursuing and even an area of expertise within it, what about college-prep camp? At Oakland University’s College Readiness Boot Camp, teens learn what it takes to get into college and how to decide on a college. There’s even coursework on financial aid and how to find scholarships.

“The more kids can explore a career and be exposed to a campus atmosphere, the more likely they are to go to college,” says Oakland University’s Trube. But that’s not all: She points out that teens tend to be more focused once they get to college if they have some idea what career they want to pursue.

A taste of college life

Summer career camps give teens a chance to experience what college will be like long before they ever graduate high school. At Schoolcraft, Oakland University and other schools, teens are often taking their classes in the same places that students attend.

Score some insider advice and tips for your college-bound student.

“It might not seem like an obvious benefit of summer camp, but having the chance for students to see what it’s like to be on a college campus can help them feel more comfortable about college,” says Bialo, who notes that summer campers often go between buildings for classes and have other experiences that mimic the college experience. “They’re also meeting other students with similar interests.”

While Schoolcraft doesn’t keep statistics on how many teens go on to pursue careers they learned about in summer camp, Bialo has noticed at least a few campers have gone on to become students there.

The advantage of summer camps may lie not just in helping teens explore various careers to figure out what they like – but also what they don’t.

Your teen might be sure that he’d be perfect for a career in forensic science after watching countless hours of television crime shows. But a weeklong summer camp might convince him he’d rather watch the actors on TV versus having a career in police investigation.

The College for Creative Studies (CCS) in Detroit offers precollege classes geared for teens who are interested in the creative arts. These weeklong Create + Connect camps let teens meet with faculty, build up their portfolios, and, most importantly, learn more about various careers within the art and design world. They also have a three-week intensive course, dubbed Summer Experience, where teens live and go to school on campus all while earning college credit.

“We understand that going to college isn’t a decision that should be taken lightly,” says Carla Gonzalez, the director of precollege and continuing studies at CCS. “For many of our students who attend the Summer Experience, they come away feeling like, ‘Yes, this totally solidified my decision and I want to commit myself to art and design.’ Or maybe they feel like, ‘This was a really great summer, but now I know I don’t want to go into art and design.'”

Having a chance to test-out a career before diving into a chosen profession in a college major can be a big benefit for teens – and their families, explains Gonzalez.

“The fact is it costs a lot less to come and do a three-week summer camp and realize what a student wants to do versus figuring out after a year of college.”