How Much Do Theater Camps for Kids Cost? 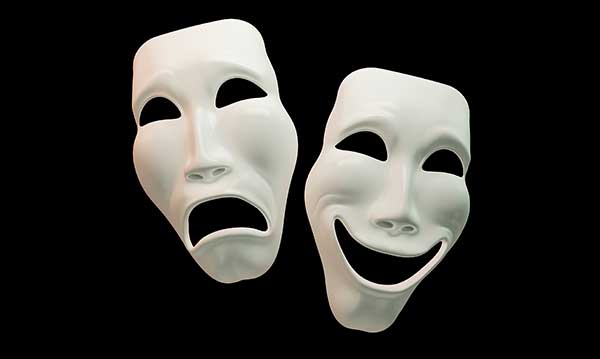 If your child is interested in theater, you’ll be happy to know that summer camps focusing on this and other performance arts probably won’t break the bank – at least no more than other types of summer camps you might be considering.

“Really you just need yourself and your imagination and you’re ready to hit it,” says Michelle Lanzi, company manager for the Wild Swan Theater in Ann Arbor, which offers theater camps for children ages 4-12.

For starters, though, you should know many theater camps for kids aren’t full-day, so you’ll need to look into before- and after-camp care options if you need a full day of programming for your child during the summer or a school break.

Half-day summer camps at Wild Swan Theater cost $160 for a one-week session, and there are no additional fees for materials or costumes, Lanzi says. Camps at Wild Swan focus on a fun, no-pressure introduction to theater through various games and activities, and there’s a small presentation for parents on the last day of camp.

Programs that work toward a major performance at the end of the camp session could be more expensive, though, and you might notice materials fees listed in addition to the registration cost. That could be due to costumes or royalty fees involved with certain productions, Lanzi says.

“It could be in those situations the camps are trying to recoup the fees they’re having to pay to use that particular script,” she says. “The things that we do are all either stories that we’re making up ourselves or stories that are part of the public domain.”

Theater camps at The Community House in Birmingham range from $143 to $278 for one week, depending on the hours and type of camp.

At the Downriver Youth Performing Arts Center in Trenton, individual classes are priced at $70 each. Discounts are available for students who take six or more classes during the summer and for multiple children from the same family who take more than three classes each. Some partial scholarships are also available.

If your child shows a continued interest in theater and wants to get more serious about it, the costs related to the activity could increase if you consider private lessons in acting, singing or dancing.

“Definitely you should be prepared to pay any of those professionals for their time and for the lesson,” Lanzi says.

There may also be participation fees associated with joining certain community theaters if your child auditions and is cast in a show. Parents should never pay for an audition, however.

“You will expect to pay a participation fee that will help offset the cost of your costume, the scripts, the directors’ time – that’s not unheard of at all,” she says. “They should never have to pay an audition fee. That would be a red flag for me.”

Keep in mind that many children spend years being involved in theater and never pay for one-on-one coaching or lessons.

“You can go through and still be involved in theater and not have to do the private lessons. It’s just something you might choose to do,” she says.

Youth theater offers a unique experience and one where children often make lifelong memories and friendships, according to Lanzi.

“I personally think that theater is one of those rare things where you go in and you make such strong connections with other people,” she says. “I think that’s a really healthy thing for anyone to be able to be in a situation where you can quickly bond with people. By the end of the day you have really great friendships going. I really see it time and time again.”