All the world's a stage, right? Here are six ways summer performing arts camps can help your budding thespian thrive – no matter if they stick with drama or not. 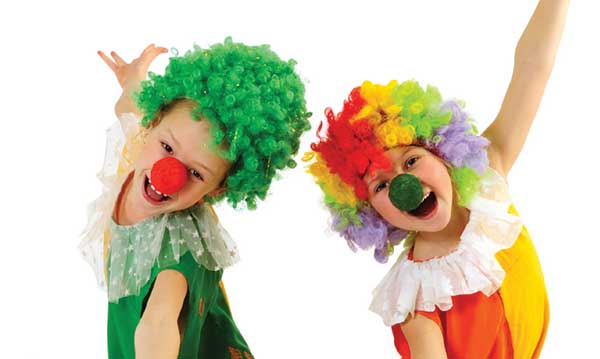 If you’ve got a future actor or actress in the family, have you considered sending him or her to one of the drama camps for kids in southeast Michigan? Theater camps for kids just might be the perfect fit to help your child advance in performing. Sending your child to a performing arts camp can help them in many ways. Here, local camp directors offer six ways that performing arts camps can help your drama queen or king grow.

1. Self confidence. “It’s probably one of the scariest things in the world to perform in front of an audience – singing a solo or performing a soliloquy, that’s out of the box for most children,” says Mitch Master with Roeper Summer Stock Theatre in West Bloomfield. “But once they’ve done it and succeeded in overcoming their fears, it’s going to spill over into other areas, like school.” But kids don’t go on stage from day one. In various exercises, rehearsals and one-on-one, the theater directors work gradually with kids to build their comfort and confidence.

2. Self-discipline. Putting on a play involves heaps of it – but kids may not even realize it. “They have to discipline themselves to learn their lines and to learn where they’re supposed to stand and when,” says Cassie Mann, program director at Ann Arbor Civic Theatre’s Youth Summer Camp. Whether in the spotlight or being quiet backstage waiting, it’s a natural byproduct. With the shared goal of staging a production, kids need to take responsibility over their part in the process.

3. Listening. “Listening skills are really diminishing nowadays with kids on iPads and on their iPhones,” Master says. “I know, since I teach in a high school.” But in theater, it’s a must. Not only do kids have to listen to what the director is telling them, but they also have to listen to one another to know when to deliver lines. Games that kids practice to build theatrical skills involve listening, too. “I might start with a red cloth and ask the kids what story we can create together,” says Trame Lanzi with Wild Swan Theater in Ann Arbor. “Then they’ll call out and the cloth might start as a piece of clothing, or a magic carpet, or something we’re carrying on our backs. They have to listen to participate.”

4. Reading. “When you have a script, you’re not just sitting there with a book in your hand,” says DeLashea Strawder of Mosaic Youth Theatre in Detroit, who’s seen reading fluency increase among the kids who participate in theater. “Kids’ reading retention is improved, they’re making inferences – they’re becoming involved with the story.” She points out that kids have to constantly ask questions about the story to act it out. “Say we’re doing a production about bats.” How do bats move? If I was a baby bat, why would I sing this song? “Children have to understand the story to act it out.”

5. Teamwork. Shows involve various roles, from actors to crews that build sets to directors. As kids become more involved, they begin to understand that for the play to work, everyone needs to be responsible for their part – and count on others to fill their role. “The kids really feel a bond to one another,” Lanzi says. “They also learn to be more aware of one another and what each person is doing.”

6. Speaking up. Part of conquering the nervousness to perform is learning to speak up – literally and figuratively – and try something new. “There’s a lot of kids who come in here and they’ll say, ‘I don’t know how to dance’ or ‘I can’t sing,’ but then they give it a try and they realize they’re really good at it,” says Christina Zayti, owner of the Northville’s Historic Marquis Theatre. Strawder had this experience at Mosaic in high school. “I was very shy my first year, but then I was given opportunities to teach classes with the assistance of an adult. Through the theater I realized that my opinion mattered – not in the performing arts, but in life.”

This story has been updated.