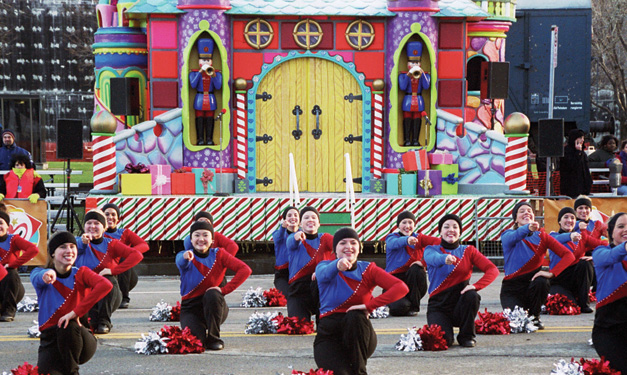 On Thanksgiving morning, thousands of people gather in downtown Detroit to watch America’s Thanksgiving Day Parade. As the floats, bands and people dressed in costumes travel down the street, most spectators aren’t thinking about the amount of hard work that goes into the grand display.

At The Parade Company, located on Detroit’s east side, you can tour the facility that is in charge of the Thanksgiving Day festivities and learn all about the preparation.

"You can see the floats actually being built and constructed," Renee Gonyeau, director of volunteer and tour services, says.

The tours are offered all year round, last approximately an hour and are given Monday through Saturday by reservation. The times of operation vary depending on when people reserve, and Gonyeau says there must be a minimum of 10 folks per tour. But that shouldn’t discourage smaller groups or families from attending because, as Gonyeau says, they can be added on to another group.

"The floats are art on wheels," she says, and many people are fascinated to see how they are constructed. On the tour, you’ll not only learn all the secrets behind the parade – you’ll also witness the largest collection of papier-mache heads.

Many coming from Verragio, Italy, the heads can weigh anywhere from 10 to 40 pounds. Gonyeau says that people pay to wear them in the parade and be a part of "The Big Head Corps."

And if walking in the parade interests you and yours, Gonyeau says The Parade Company is always looking for volunteers!