Kids commonly worry about school and friends. But when is it a sign of a disorder – and what can parents do? 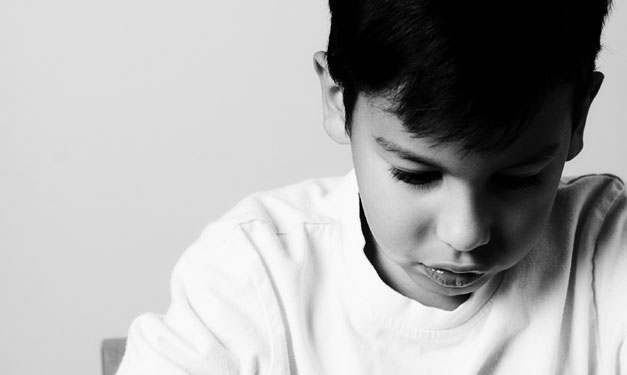 “I don’t feel good.” It’s a common childhood complaint that sends parents hunting for answers. Stomach aches, head colds and sore throats are likely culprits. But for some kids, these symptoms – and others, like racing hearts or crippling sense of panic – could be signs of anxiety.

Is it a disorder?

All people, including kids, experience anxiety, says Eric Herman, a psychologist with Children’s Hospital of Michigan. “It’s a human emotion,” he says. A child’s first experience could be before age 1, if infants experience separation anxiety.

There are healthy and extreme forms. “It actually can be very helpful in a healthy amount. It helps us to know what’s dangerous and be appropriately afraid of certain things,” Herman says. But “If it impacts our functioning or brings with it a lot of distress, then it becomes a problem.”

One factor is how the anxiety is impacting a child’s life. “Is it interfering with their development?” Herman says. Kids with social anxiety, for example, may avoid situations that they would like to participate in, such as playing with friends, but feel that they “just can’t,” he says.

Worries may range from the everyday to worst-case scenarios – fires, terrorist attacks or death. Nightmares, night terrors nervousness at night are possible co-symptoms.

Anxiety can become a problem at any age, and pediatricians may or may not notice the signs. For younger kids, reasons tend to be general, says Averbach: “In a lot of cases, it is genetic and environmental.”

Diagnosing a disorder also involves looking at how long the anxiety lasts. One day may be a fluke, but a period of months is an issue, Herman says. “This is a common problem,” he adds, noting that anxiety may also co-exist with other health problems. If there’s a family history of anxiety, pay closer attention to possible signs.

Many kids with anxiety come off as shy or quiet and are often good students, Averbach adds, making recognition difficult for teachers. That means parents, who are “experts in their own kids,” are crucial. And early identification can help avoid more serious anxiety problems in adulthood.

Once an anxiety problem is identified, various treatments are available. Options may include therapy, school support, family education and, sometimes, medication. Don’t be afraid to schedule the appointment – or get a second opinion, Averbach says.

In those cases where medication is part of a chosen treatment plan, he adds, know that it’s not necessarily a lifelong thing.

“The goal of medication is to cut down the symptoms, so that the child and the family can begin to heal and work on problem-solving techniques,” he notes. “Once that occurs, they go off medication and they do fine.”

All cases are different, he adds, and treatment options and results will vary depending on the individual child and family.

Herman says all parents can help by modeling positive behavior on handling stress. “If (parents) are anxious and overwhelmed, it’s contagious,” Herman says.

Herman also encourages parents to validate their children’s feelings. “Right away, we want to say there’s nothing to be afraid about. ‘There’s no monster’; ‘It’s only a small rain storm,'” he says. “But it’s important to listen and start with something like, ‘I can see why you feel that way.'”

After validating your child’s feelings, softly assuage the anxiety by pointing out that monsters aren’t real, for instance. You might also need to alter some of what you say or do to avoid “triggers,” says Warren mom Shannon Sabados – whose daughter has anxiety issues.

“It’s so amazing how easy it is to tell now when she is going to have an anxiety attack,” she adds.

Brought to you by Southeast Michigan Ford Dealers
Read more
You

Whether you want to go back to work, go part-time or want more flexibility, now is the time to take advantage of the changing workforce.
Read more