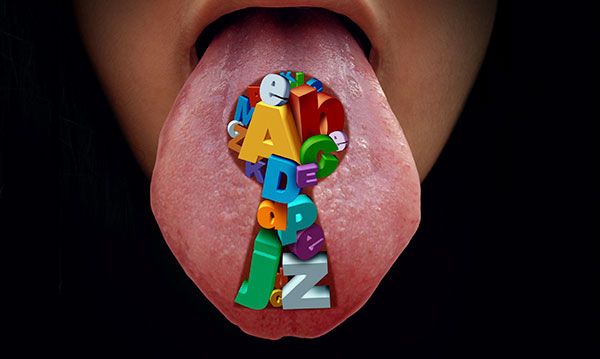 Struggling to understand your child when she tries to ask you for their sippy cup? Has your family grown frustrated trying to decipher your kid’s speech? It’s possible they have an articulation disorder.

Articulation disorders may be caused by “structural abnormalities,” she adds, like cleft lip or palate. They may also be motor-based, falling under the diagnosis of dysarthria (“slurred” or “slushy” speech) and apraxia (sound substitutions).

Janice Pagano, speech pathologist and clinical director at Building Bridges Therapy Center in Plymouth, says an articulation disorder, “starts out as simple as a sound substitution” in some cases.

“Let’s say someone says ‘D’ for ‘G’ – and sometimes kids are just delayed and they just make a few sounds. (Or) they say ‘W’ instead of ‘R’,” adds Pagano.

Another way this may manifest is in an “S” sound. The sound may be “stopped,” says Pagano, to sound like a “D” or a “T” – and the same thing may happen with other similar sounds.

For kids with an articulation disorder, treatment by way of articulation therapy with a speech pathologist is the best route, Pagano says.

“A rule of thumb is if your child is hard to understand compared to others his or her age, then they probably should be evaluated,” Pagano says, “and if you’re the only one who understands your child as a parent, and the others don’t understand, that’s another sign.”

If there’s any frustration on behalf of the child because they’re struggling to communicate – and vice versa for the listener – it’s a good time to see a speech and language pathologist, Feldman adds.

And while there’s no specific age that you should start speech therapy if you notice an issue (Pagano has seen kids younger than 3 at Building Bridges), “the earlier you come, the better,” she says.

Once you get your child an appointment with a professional, therapists will thoroughly evaluate the child – and that includes evaluating hearing. “We would do something called auditory discrimination, so making sure the child can hear the words that they’re supposed to say or the sounds,” says Pagano.

As far as what parents can be doing at home, Pagano suggests “just follow the clinician’s lead.” They’ll have specifics they’re working on with your child.

“Following the assessment, a treatment plan including frequency, duration, goals, a home program and any further recommendations will be created in conjunction with the family,” adds Feldman.