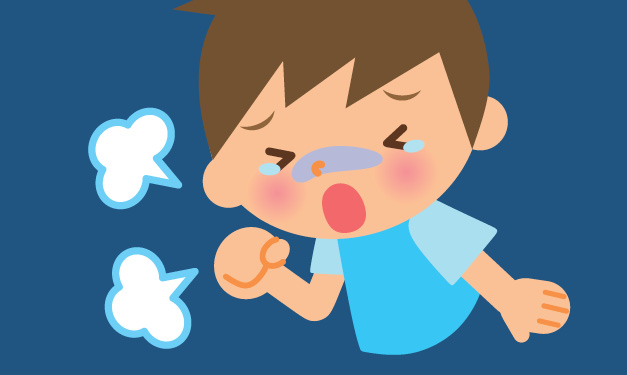 It starts like the common cold. A cough, runny nose, sneezing, fever and body aches. But, those symptoms could be indicators of enterovirus D68.

Enterovirus D68, or EV-D68, a virus that causes respiratory illness, spread across the country in 2014 – including Michigan. Although it’s not a new virus (it was actually first identified in 1962), numbers did increase in 2014.

It’s only one of about 100 enteroviruses, according to the Centers for Disease Control and Prevention, but the recent outbreak in the United States has put families on high alert. The CDC confirmed 678 cases of respiratory illness caused by EV-D68 as of Oct. 9, 2014.

Why the sudden increase? “This increase could be caused by many different viruses that are common during this time of year,” the CDC explains. “EV-D68 appears to be the predominant type of enterovirus this year and is likely contributing to the increases in severe respiratory illnesses.”

While the CDC also predicts cases of EV-D68 will decrease by the end of fall season, it’s still important to take precautions to stay healthy – especially considering children and teens are more likely to catch the virus. That’s because they haven’t built up the antibodies to ward it off, says Dr. Earlexia M. Norwood, service chief of family medicine at Henry Ford West Bloomfield Hospital. The prevalence has been in kids 6 weeks to 16 years in age, she notes.

“This virus, all you need to do is cough and sneeze in the air and expose someone and the virus can spread,” Norwood says. It’s spread through saliva, mucus or sputum, the CDC says.

What symptoms might parents notice if their child has become infected with EV-D68? Cough, sneezing, runny nose, body aches and fever are the mild symptoms, according to the CDC.

Wheezing and difficulty breathing are associated with more severe cases. Kids may also get a high fever, Norwood notes. “That’s the point that you need to see your doctor or see them to the emergency room right away,” she says, emphasizing this for kids with asthma or diabetes, too.

Yet, if kids are coughing but they’re overall feeling fine and are healthy, Norwood says parents can treat them with fluids and medications to bring down their temperature – just not aspirin due to risk of Reye syndrome.

Kids are prone to getting sick. They touch just about anything, and stick their hands and toys in their mouths. But there are things parents can teach their children to do at home to avoid the spread of illness. “Prevention is the first step,” Norwood notes.

Parents, caregivers and anybody working at schools and day cares should be practicing “vigorous hand-washing” and teaching kids the same, Norwood says. That means a minimum of 20 seconds. Norwood suggests kids sing the ABC song while they wash, which should help to hit that 20-second mark.

Hand washing is important for those changing diapers as well, since the virus can be carried in stool, too. “That’s why it’s such a concern for us because it’s very easy to spread,” Norwood says.

Another thing parents can teach their kids is to cough and sneeze correctly. “Making sure if they’re coughing or sneezing that they cover their mouth with their elbow and not their hand,” she says.

Avoid touching eyes, mouth and nose with unwashed hands, and avoid kissing, hugging and sharing food and utensils with others, Norwood cautions. Parents and those working at day cares should work to keep toys and objects clean and disinfected.

Most notably? If you’re sick, “stay home,” she says. It may not work well with some schedules, but it’s critical to stemming the spread of viruses.