A Planet Fitness kids gym with an inclusive focus opens in Detroit in January 2019, thanks to a partnership with Boys & Girls Club of Southeastern Michigan. 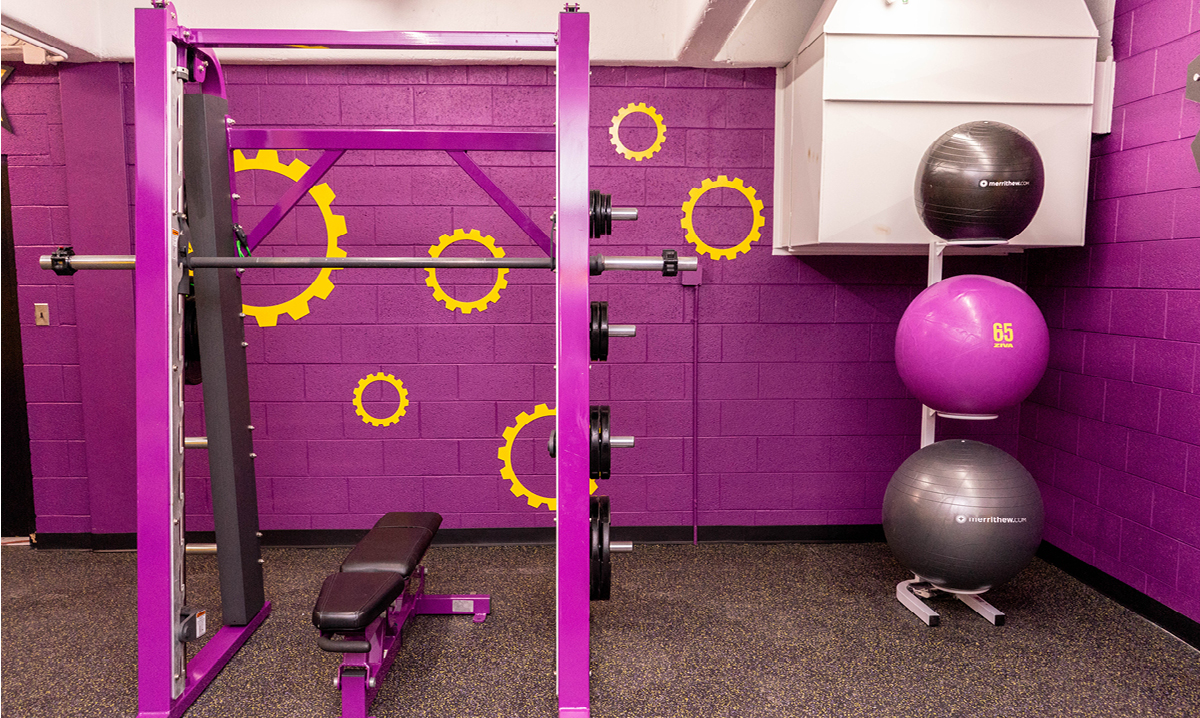 Planet Fitness is a pretty popular workout franchise. Plenty of grown-ups have joined its low-cost fitness centers nationwide, including those here in southeast Michigan. And now, it’s offering a new club in Detroit: a Planet Fitness kids gym.

The mini “Judgement-Free Zone,” which officially opens the second week of January 2019, is part of a partnership between the fitness chain and the Boys & Girls Clubs of Southeastern Michigan.

Housed in the Lloyd H. Diehl Club in Detroit, the goal is to provide a place for kids – specifically, those who are Boys & Girls Club members – to develop mentally and physically.

The two organizations worked together to design the Planet Fitness kids gym at Diehl to mirror a full-sized Planet Fitness gym, down to its iconic purple-and-yellow color scheme.

It includes the same equipment, including cardio machines like treadmills, bikes and elliptical machines – as well as some training equipment like strength machines and free weights.

And it reflects Planet Fitness’ focus on a “positive environment.” As part of that, the New Hampshire-based chain launched The Judgement Free Generation in 2016 – “a pro-kindness, anti-bullying movement” geared at teens.

The Detroit location came about as part of this philanthropic effort, explains Bryan Rief, co-owner for Planet Fitness Michigan – and its ties with the kids clubs.

“One of the areas that we are pursuing, at a national level as well as local, is to not only volunteer and make monetary donations,” Rief says, “but to work with the Boys & Girls Clubs to build out mini judgment-free zones in their buildings.”

That “judgment-free” message resonates with the clubs’ focus, says Patrice Dickens, director of the Boys & Girls Clubs of Southeastern Michigan. And the message is all the more relevant at Diehl, which is located in one of the less-privileged areas of Detroit.

“What I’ve always tried to instill in my kids here is to not let anyone define you,” Dickens says. “You’re not just what you look like or where you come from. This (new gym) helps me foster this belief in them.”

The Boys & Girls Clubs teach kids they are capable of anything, she adds, and the gym brings the physical aspect of that to a reality for the kids.

About the Detroit kids gym

“The nice thing that we’ve put into our gyms is user-friendly and self-explanatory equipment,” Rief says, adding that it’s easy for people to use without much help.

Any Boys & Girls Clubs member is able to use the gym. As of early 2019, kids can join the program for $50 per child per year; however, no child is turned away if a family is unable to pay.

Dickens says kids have priority in the gym. Adults who wish to use the facility have to pay a membership fee and reserve time on a calendar system. There’s a 10-person limit for any time. Hours, again as of early 2019, are 5-8 p.m. Tuesday-Friday.

Eventually, Dickens adds, she would also like to open the gym up to the local police athletic leagues, churches and members of the community.

For those who aren’t part of the Boys & Girls Club community, regular Planet Fitness locations welcomes members ages 13 years old and older. Those ages 13-16 must be accompanied by a parent or guardian while working out.

As of the ribbon cutting on Dec. 12, 2018, Rief says he was already in talks with other Boys & Girls Clubs officials about bringing these gyms to other facilities around metro Detroit area – and even around the country.

“We’re excited because this gives us an opportunity to spread the word as it relates to this anti-bullying effort, and that’s a lot of really what this boils down to,” Rief says. “It’s designed to combat bullying faced by kids today. It’s still a major concern in terms of day-in and day-out.

“Whatever we can do to combat this, we will do. This is a workout facility where everything in there is about judgment-free and making sure it’s a non-intimidating place.”

Rief hopes the mini Planet Fitness will not only encourage the kids, but also their families, to maintain healthy lifestyles.

“This is a mini version of our gym and ultimately an opportunity to introduce kids to fitness,” he says. “When you see the statistics and the evidence that diet and exercise play a role in reducing the risk of cardiovascular disease, the earlier we can expose them to these things, the better.”