Breaking the Sugar Habit in Your Family

Kids' health improves within 10 days of cutting down on added sugar, a new study says. Here's how to make it happen. 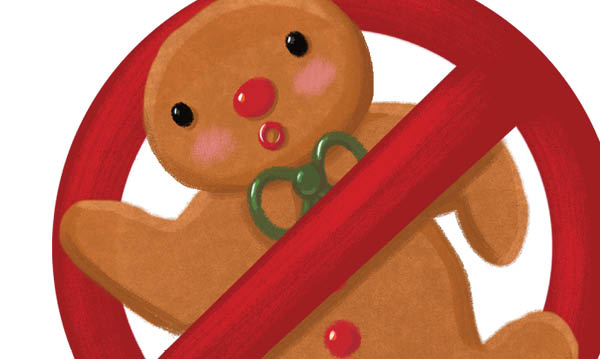 Thirty-nine. That’s how many grams of sugar are in a 12-ounce Coke – more than double the recommended daily sugar intake for a child. But that doesn’t stop many parents from giving their kids sugar-filled drinks and foods, likely without even realizing the long-term impact.

And the effects of too much added sugar – i.e., sugars, sweeteners or syrups added during processing or preparation, the American Heart Association notes – are detrimental. A recent study published in Obesity found that reducing intake in kids who already had health issues led to increased health in just 10 days.

“Sugar is the alcohol of the child,” says study author Robert Lustig, a pediatric endocrinologist at Benioff Children’s Hospital of the University of California.

Lustig, also president/founder of the Institute for Responsible Nutrition, says sugar is metabolized in the bloodstream like alcohol, which also causes metabolic damage. “Alcohol is not a food and sugar is not a food either, yet we give it to our kids and don’t think twice about it,” he says.

Colleen Kokx, a registered dietitian at Children’s Hospital of Michigan in Detroit, says many people don’t realize just how much sugar they are consuming – especially in beverages. Not to mention, it’s addicting.

“It becomes habitual,” Kokx says, “You develop such a habitual taste for it.”

As a result, more and more children are being diagnosed with type 2 diabetes, which Kokx says is most directly related to added sugar intake.

In Lustig’s study, researchers changed the diets of 43 kids ages 8-18 who were obese and at particularly high risk of diabetes and other illnesses. In addition, each child had at least one or more symptoms of a metabolic issue.

Researchers replaced sugar with starch but did not alter kids’ calorie intake. Lustig says the goal was not to make the children lose weight during the study – though some did after the study ended because they changed their diets.

Sweetened yogurt was swapped for plain yogurt, turkey hot dogs replaced chicken teriyaki and so on. Kids were being fed things that can be found in any grocery store, Lustig says. Plus, 10 percent of their calories were still sugar – natural sugar from fruit.

The end result? “We can turn metabolic disease in these children around just in 10 days,” Lustig says, “just by taking the sugar out of the diet.”

Because of sugar’s addictive qualities, going cold turkey might not be the option for you and your family. However, it’s never too early to take small steps toward an added-sugar-free life.

Start by educating your kids on natural sugars vs. added sugars, Kokx says. Read the labels when you’re grocery shopping, too. Avoid buying anything with ingredients like corn syrup, malt syrup, dextrose or sugar cane crystals.

Lustig says since processed food is high in added sugar, there are three words to remember: “Eat real food,” he says. “When you eat real food, these problems go away.” Still, Kokx says not to be overly strict or tell children to count their grams of added sugar. “That can make foods more desirable,” she says. Find a balance that works.

Also, it’s important to understand the recommended sugar intake for adults and children. Lustig breaks it down to this: 25 grams for women, 37 for men and 14-15 for children. This should be no more than 10 percent of your daily calories, the federal government’s Dietary Guidelines Advisory Committee notes. Consistently exceeding these limits could overload your liver with fructose that causes the liver to become fat. Fat livers equal illness.

Lustig suggests spending a bit more money on healthier foods now to combat illness in the long run. Opting for processed foods is “short-term gain with long-term pay,” he says. Pay more for food today and spend less on medical bills in 10 years.