Cases of Whooping Cough on the Rise in Kids 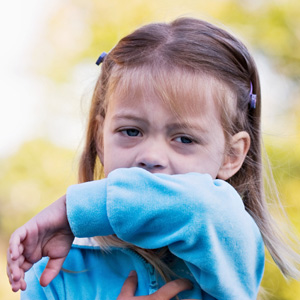 This summer, the number of reported cases of pertussis – better known as whooping cough – spiked nationwide and in the state of Michigan, causing many parents to worry.

At least 37 states reported an increase in the number of people diagnosed with whooping cough as of July, according to the Centers for Disease Control and Prevention. The CDC also reported more than 21,000 people across the nation had been affected with the disease by Aug. 4.

Although Michigan did not have the highest number of reported whooping cough cases countrywide, numbers were still high, according to the American Academy of Pediatrics Michigan Chapter. MIAAP reported July 25 that cases began "rising rapidly this summer," with approximately two-dozen children contracting whooping cough each week since June.

With the school year closing in and whooping cough cases increasing, what should you be aware of? How can you prevent illness in your family? Here's what southeast Michigan parents need to know.

Pertussis is a "highly contagious respiratory disease" known for it's "uncontrollable, violent coughing," according to the CDC. It's often called whooping cough because after coughing fits, an infected person has to take deep breaths that cause them to make a "whooping" sound, the CDC notes.

Pertussis is "difficult to identify and manage," the CDC reports, because "other reparatory pathogens often cause clinical symptoms similar to pertussis."

Whooping cough progresses in stages, according to the CDC. These stages, it says, include the following symptoms:

Although adults and teens can contract whooping cough, it is most common among children and infants, according to MIAAP.

Parents should take extra caution with small children, as whooping cough can result in death for infants under 1, MIAAP says. The Michigan Department of Community Health, or MDCH, reports "more than half of infants less than 1 year of age who get the disease must be hospitalized."

Whooping cough on the rise

The CDC says pertussis outbreaks reach high numbers every three to five years. Numbers hit more than 21,000 by early August 2012, according to the CDC, which reported 10 whooping cough-related deaths this year by that point.

In Michigan, as of late July, MIAAP reported that 345 children had whooping cough – and added that the numbers had been rising each week since mid-June. But, MDCH notes, "It is likely many cases go undiagnosed and unreported."

MDCH reported one death in 2012 in Michigan related to whooping cough as of June.

How to keep your family pertussis-free

During a telebriefing on July 19, the CDC addressed the recent pertussis epidemic declared in Washington State, and cited ways that Washington residents, as well as others, can eliminate the spread of pertussis.

Dr. Anne Schuchat, director of the CDC's National Center for Immunization and Respiratory Diseases, said during the telebriefing that the pertussis vaccine "remains the single most effective approach to prevent infection."

"I want to stress that unvaccinated children are at eight times higher risk of getting pertussis compared to children fully vaccinated," she said.

Even though children who are vaccinated can catch pertussis, they "typically have a milder course," Schuchat said.

"They typically have milder symptoms, a shorter illness and a reduced risk of the severe outcomes like hospitalization," she added.

Schuchat added that getting the pertussis vaccination or booster is important for women and other adults who are around infants, children or the elderly.

MDCH says that even if children have already had the vaccination, they should be revaccinated as adolescents, as the vaccine "fades over time."

Looking for a podcast you can trust to give facts about important topics? Look no further.
Read more
Health