Childhood Obesity: How Emotions and Stress Weigh In 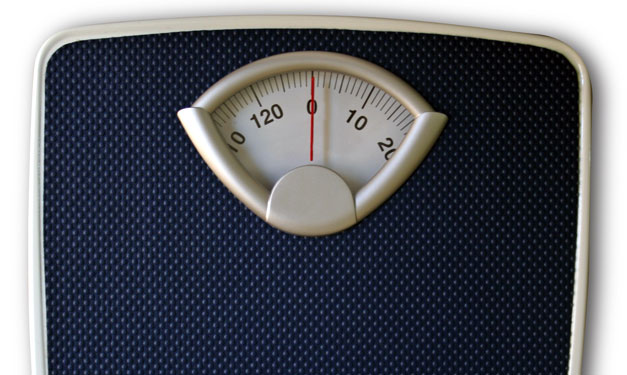 Kids often "self soothe" with food. It's an angle of the childhood obesity epidemic that doesn't always get as much media coverage as factors like physical exercise and healthful eating. That's crucial, of course – and the focus of efforts like First Lady Michelle Obama's Let's Move Campaign.

What's the root cause of overeating and lack of exercise, though? It's a part of the discussion that's often overlooked. And, for many families, it may be at the heart of weight issues at home.

Why kids are eating so much

Many psychological factors can drive children to eat for comfort. A high divorce rate and prevalent single parenthood can leave kids to fend for themselves. Today's food-industry behemoths exploit our nutritional ignorance, promoting unhealthful processed foods for profit.

"It could be an emotional issue," says psychologist Keith Levick, whose Center for Childhood Weight Management in Farmington Hills has been on the cutting edge of this field for a quarter century.

"When we feel bad, some of us turn to things that make us feel good, and food is intrinsically rewarding. It becomes habitual – unhealthy links in a behavioral chain."

And kids are more stressed than ever. University of Michigan assistant professor of pediatrics Julie Lumeng studies patterns and effects of stress eating in children.

"This is a missing link that no one looks at," she says. "There is stress in every demographic, every population. It's not the baseline stress you experience; it's how you're able to cope with stress."

"A child can't control what mom and dad are going to do," Levick explains. "But he can control what goes into his mouth."

And, for some kids, "overeating is a form of rebellion or secondary gain." So, if their needs aren't met and they become obese, they have physiological problems or social issues. "Now, mom and dad are involved and they're getting attention they didn't get before."

Socioeconomics play a part, too. While stress is pervasive and not relegated to poorer neighborhoods, Lumeng points out that more outlets for dealing with stress are available in higher-income areas. "In lower-income communities, fast food is prevalent, more promoted," she adds, "and there are often unsafe neighborhoods and kids can't exercise as much."

Jamii Hitchcock, principal of Norup International School in Oak Park, has noticed that in more affluent schools, students lead a much healthier lifestyle. She's worked in three Oakland County districts and has seen "much healthier choices than what my husband sees as an administrator in Detroit."

Over-stimulation plays into the problem, too, says Danialle Karmanos, founder of Danialle Karmanos Work It Out – a program in urban schools and community centers that offers nutrition education and yoga classes for children ages 7-12.

"Everyone's attention span is so short," she says. "Our society expects immediate gratification. If we want potato chips, we eat them. We don't say, 'It'll ruin your dinner.'"

It's important to remember the simple truths of childhood obesity: We eat too much, we eat bad foods, and we don't exercise enough.

"Families don't know how to eat in a healthy way, which contributes to 66 percent of adults being overweight," says Levick.

Many kids have no access to or can't afford fresh, local, chemical-free produce or unadulterated foods – and many don't even realize they're an option. Processed, junky foods are cheap and readily available.

Add to that a dearth of exercise, and it's easy to understand how we got here. Children today watch an average of 24 hours of TV a week – plus another 24 hours of computer time, social media, video games and text messaging.

That all fuels "mindless eating," says Karmanos. "Healthy eating is sitting down and having a family meal. Mindful eating is being aware of what you're snacking on. Ideally, that's well-portioned, healthy choices – what their mom packed for them."

Time for parents to wake up

"We need to help parents recognize when a child is stress-eating," says Lumeng. "When the child says, 'I'm hungry,' the parent has to have a critical eye." Sometimes, fatigue, thirst, or emotions are mistaken for hunger.

Remember, even adults eat when they're not hungry, Lumeng says, and it takes great willpower to restrict one's own consumption.

But it's more than that. "If you look at the health-care costs we're going to incur – because childhood obesity leads to preventable cancers, heart disease, and diabetes – how are we as a society not collectively infuriated by that?" Karmanos asks. "To think these kids are going to be in hospitals in five or 10 years because we didn't do anything? It's maddening."

Heart disease is traced to early childhood, confirms Levick and diabetes in children is epidemic.

"By the age of 3, we're finding fat deposits in aortas and, by adolescence, in coronary arteries," he says. "We now have evidence that it's never too early to start preventing obesity, even in the womb. An overweight mother has a greater chance of having an overweight child."

If it's parents' jobs to protect their children, then they need to realize that in addition to suffering poor physical health, overweight and obese children are likely to be targets of early and systematic social discrimination.