Childhood Obesity is Declining, According to New Study 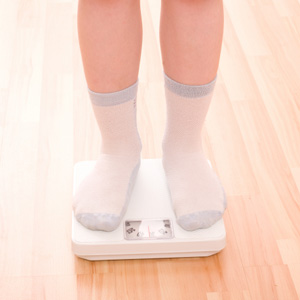 Less healthy food options and a more sedentary lifestyle have been some of the factors that have played into the childhood obesity crisis. In recent decades the number of children with childhood obesity has doubled – and one out of every eight preschoolers between ages 2 and 5 are obese.

But, according to the Centers for Disease Control and Prevention, obesity rates among low-income preschoolers between 2 and 4 years old are starting to decline.

And they are dropping right here in Michigan, too. Obesity rates have fallen from 13.9 percent in 2008 to 13.2 percent in 2011, according to the study. While the decreases are slight, it's a step in the right direction.

The study measured the height and weight from about 11.6 million low-income kids ages 2-4 years old from 40 states, the District of Columbia, and two U.S. territories.

"During 2008–2011, statistically significant downward trends in obesity prevalence were observed in 18 states and the U.S. Virgin Islands," the report notes.

On the flipside, 24 states and Puerto Rico didn’t experience a change – and three states noted an increase in obesity.

According to the Detroit Free Press, there are three trends that health experts say are linked to the decrease in childhood obesity – which include programs to get children to exercise more, an increase in breast-feeding and improvement to the foods that are provided to low-income women and children by the federal government.

And the CDC notes, initiatives such as Let's Move are effective in trying to solve the childhood obesity problem.

According to the Detroit Free Press article, "A number of studies have found that breast-feeding has health benefits, including that breast-fed babies are less likely to become overweight." This relates to the statistics of the CDC's 2013 Breastfeeding Report Card that shows that more than three our of four U.S. mothers (77 percent) were breast-feeding their newborns in 2010.

The Woman, Infants and Children program (WIC) has seen changes in recent years to include more nutritious foods, which could relate to the decrease in childhood obesity.

So what is Michigan doing to continue the downward trend?

Steps are being taken at the doctor's office, too, Miller says.

"There's also an initiative for pediatricians and primary care doctors to be recording Body Mass Index (BMI) as a standard of care, and to act on it as well – to educate the family and provide resources as needed."

Though we are seeing a decline in childhood obesity, continued efforts must be made to keep the downward trend going.