What’s Going on with Driver’s Training During COVID? 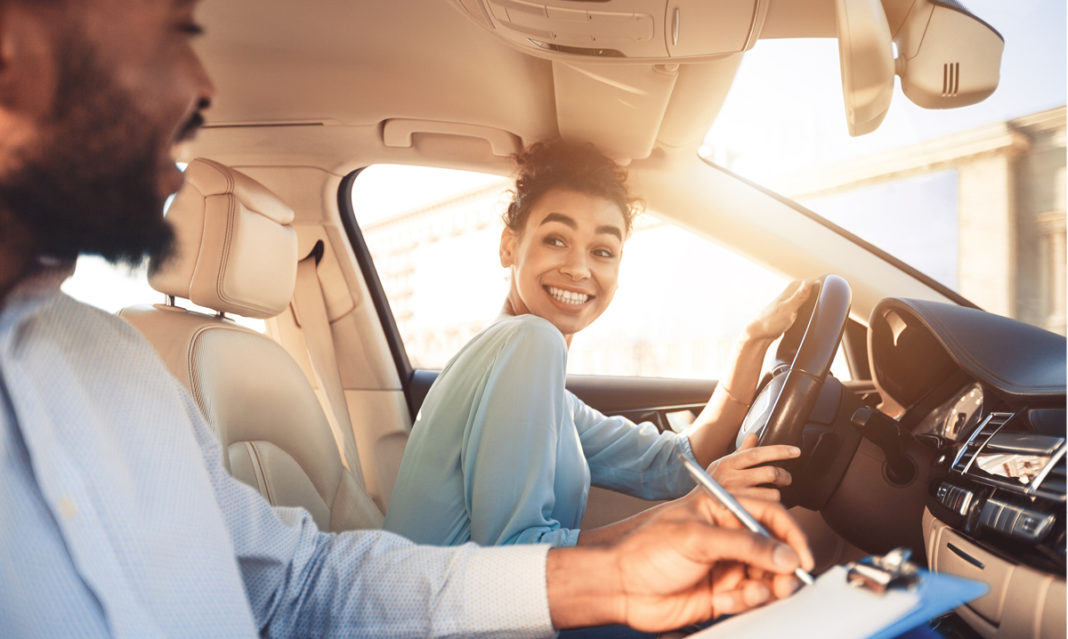 Amanda Courneya had driver’s training for her oldest son all planned out. Keeping in line with Michigan’s guidelines, Austin completed Segment one last May and was set to take Segment two at the end of March. Then, COVID hit.

Driving schools throughout the state were shut down for 10 weeks, leaving would-be teen drivers in limbo.

As classes opened back up and driving schools were allowed to operate again in a changing landscape of restrictions, Courneya struggled to find a class to accommodate her son, a junior at Brighton High School.

Three driving schools and several cancellations later, Austin managed to complete Segment 2 and pass his road test on Aug. 19 — months later than intended. Now, he is struggling to get an appointment at the Secretary of State so he can drive on his own once the school year starts.

“This poor kid turned 16 on June 20 and still doesn’t have his license,” Courneya says.

She wouldn’t be so concerned, but Austin has to drive himself to another school district as part of the Livingston Early College Program he’s enrolled in this fall, so the delay in driver’s training is causing bigger issues for the family.

“He’s excited about it but if he doesn’t get his license he won’t have any way to get there,” she says. “Hopefully, if everything aligns, he’ll have his license before we start. If not, we’re going to be scrambling.”

The Courneyas aren’t alone in hitting roadblocks on the way to getting a driver’s license during the COVID era.

Summer is traditionally the busiest time for driving schools, but the coronavirus pandemic created a bottleneck of demand and complications this year.

Facebook parent groups are full of complaints about driving schools nixing classes at the last minute due to changing state mandates, enrollment limits or instructors who won’t return due to health concerns.

Some parents claim they’ve had trouble getting information or refunds for classes they’ve booked. Others say there aren’t any appointments available at the SOS until as late as December.

Some families have decided to put off driver’s education entirely until COVID subsides, citing reasons ranging from safety concerns, a desire to avoid the hassles and uncertainty, or because, let’s face it, there aren’t as many places to drive to right now anyway.

Others, however, are pushing forward, now faced with the challenge of balancing driver’s training with high school demands.

According to Paul Zalatoris, the CEO of Top Driver, which operates driving schools across the country — including more than 40 locations in Michigan, Illinois and Ohio — driving schools have had to navigate a snarl of changes and uncertainty due to COVID-19. They also had to learn to pivot quickly to serve customers under the laws and executive orders of each state.

In Illinois, for example, students are allowed to complete pre-recorded driver’s training courses online during COVID, while Michigan first required live Zoom classes, then later in-person only with a maximum of nine students per class, and now a combination of both.

Zalatoris estimates COVID has cost the company about $100,000 in lost revenue and increased expenses.

“Everything was new. It was nothing that we could have dreamed of. We had to adapt and learn quickly,” he says.

The company became a certified member of Transportation Sanitation, and received training, equipment and products to ensure its vehicles are clean and safe. Driving tests are scheduled with 15 minutes in between to allow for proper wiping of touchpoints and passengers must wear masks at all times.

Being closed during the busy summer season means there’s definitely a backlog of teens waiting to take driver’s training, so Top Driver is adding classes, and instructors are on the road every weekend and weeknights until 9 p.m.

The good news is, with many districts holding high school classes online and cancelling extracurriculars, students have more time to devote to driver’s training.

“I think all driving schools are kind of behind,” he says. “But with remote learning, and sports being cancelled, there’s more opportunity to get them on the road.”

With all this in mind, what can parents do to make sure their kids get into driver’s training in 2020 and that they are prepared to get their license on time? Zalatoris offers these suggestions.

Read reviews and look for COVID protocols to find the best driving school for your teen. Have a second choice in mind as a plan B.

Visit your Secretary of State’s website to learn the requirements in your area. They’ve probably changed since you got your learner’s permit.

Register for driving classes early and schedule your driving test and Secretary of State appointments well in advance.

After the classroom portion of driver’s training, complete road hours in a timely manner so knowledge is fresh and goals are met.

According to the most recent Federal Highway Administration data, only 25.6 percent of 16-year-olds became licensed drivers in 2018, and only 61 percent had their licenses by age 18.

Current economic conditions due to COVID, along with many other factors, means the number of teens getting their licenses will likely continue to drop. However, employment options, potential earnings, and access to food, health services and other essentials decrease for those without the ability to drive. Plan ahead to cover the costs of this basic skill.

Auto accidents are the leading cause of death for teens ages 15 to 20. The more you practice together, the safer they’ll be once they’re on the road alone.