A local mom shares how she weighed all the risks and why she ultimately decided to send her son back to high school when schools reopened during COVID. 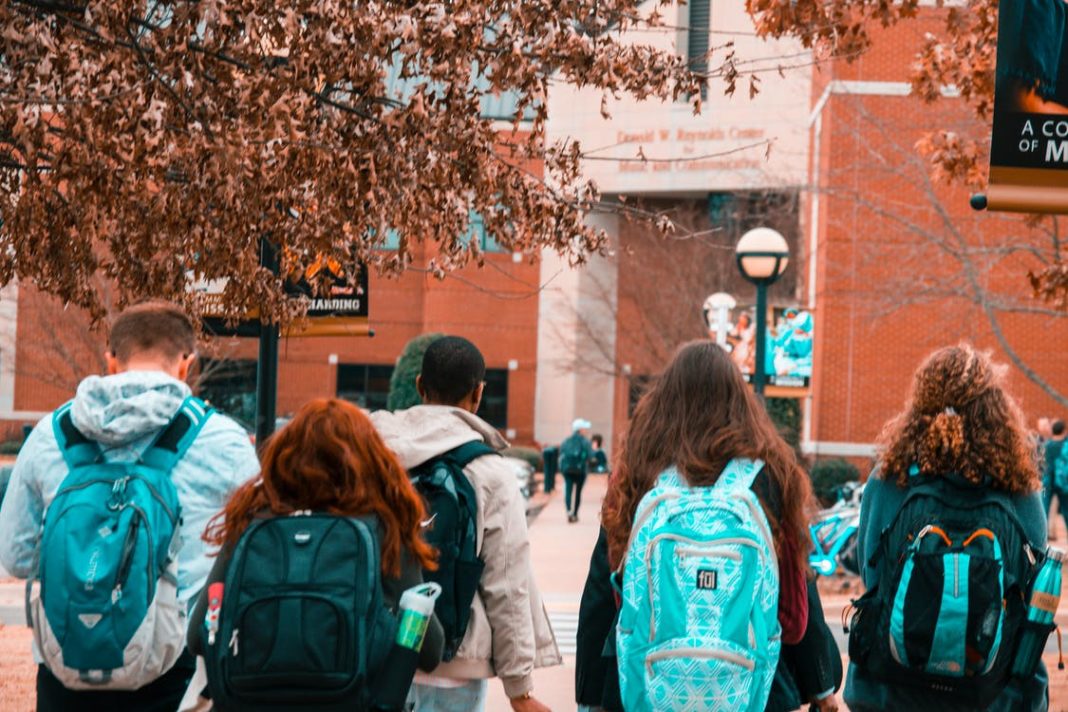 High schoolers in our district returned to full-time, face-to-face learning on March 15. It was the first time in a year that my son, a 16-year-old junior, was physically in school all day. To say that I was conflicted about sending him would be a significant understatement.

Up until dropping him off that morning, my thoughts swung so wildly over the previous month that I gave myself whiplash. After a week I’m still concerned and conflicted.

On the one hand, being at home and trying to do school online was a 100%, total and complete disaster for my son. He has ADHD and a 504 plan with some accommodations. “Virtual” school just does not work for the way he learns, and while his teachers and counselor were sympathetic and encouraging, nobody really seemed to know what to do to help him. I also know how overwhelming and challenging this year has been for our teachers and didn’t want to put extra burdens on them. So academically, it’s been a complete bust.

This is why we didn’t choose the all-year virtual option when given the opportunity; when we had to decide, we had already been through a few terrible months of virtual learning the previous school year and you had to commit to doing virtual schooling for the entire year.

By choosing the “traditional” option we were told that kids would go back to face-to-face learning “when it was safe to do so.”

Socially it’s also been terrible for him. We have not allowed him to socialize in person with friends except for a very few times over the past year, and most of those were outside at the park during the summer. Like so many of us everywhere, he’ll be dealing with the fallout for who knows how long, both academically and emotionally. He wanted to go to back to school but was anxious about safety.

On the other hand, I was nervous about having so many kids at the school all at once and concerned about how effective the various mitigations put in place would be. I was worried about kids who have been exposed during athletics or other outside-of-school activities coming to class and exposing other kids. I was worried about kids whose families haven’t been taking this whole pandemic thing all that seriously.

I am generally worried about high school kids being high school kids! I know enough adults who are “over it” and relaxing their COVID safety precautions out of exhaustion or apathy. Imagine how the kids feel.

I do believe that our teachers and school administrators have the best intentions and that teachers, especially, are in an incredibly tough position. I’m not sure I feel the same about our local school board, many of whom seem to believe they were elected this past November with a “community mandate” to return to face-to-face learning as soon as possible, COVID be damned.

I think they forced our district into a too-hasty return and that is causing issues.

Already there have been several outbreaks. We get an email every day about a new COVID case at my son’s school. Kids are getting pulled out of class and sent home in the middle of the day for quarantining. So far, my son hasn’t had to quarantine because he hasn’t been in “close contact” with any of the affected students.

Many parents in our district are concerned that the district’s definitions of safe distances and close contacts are incorrect or at the very least, too lax. Other parents are upset that the kids have to wear masks all day.

The sad fact of the matter is that there are no great, 100% perfect solutions that will make every single person feel safe and happy, and that includes me and my family. As for my son? After the first day, when he woke up and declared “I’M NOT GOING” (he went), he’s mostly glad to be back. He says it’s great to be able to see his friends and he’s having a much easier time focusing and participating in class.

At the end of his first week back he told me he feels so much better “about everything.” I’m still worried. But for now, I’ll continue to send my son to school, both hopeful and apprehensive.