The COVID Generation: What Happens When COVID Passes and Life Gets Back to Normal

Get insight on the losses and lessons of the past 10+ months and what happens when life one day gets back to 'normal.' Hint: It's not all bad. 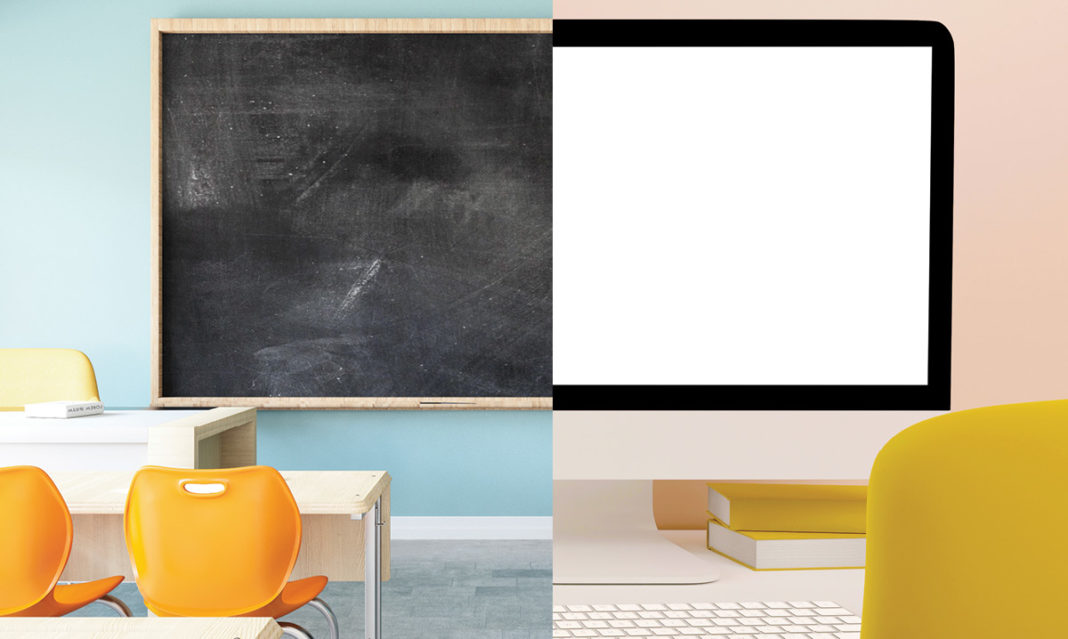 Blagica Bottigliero tried everything to make the pandemic transition a smooth one for her children. She transformed her dining room into a school room, she supplied her second and fifth graders with supplemental workbooks and she signed them up for virtual afterschool activities. But they’re still struggling with developing friendships, focusing throughout the day and enjoying their time at home.

“As a parent, I thought I was a patient person, but I have a lot more empathy for teachers,” says Bottigliero, the Grosse Pointe-based head of marketing and partnerships for Bottles Nation. “From a socialization standpoint, it’s been hard.”

Michigan parents may be going through their individual struggles during the pandemic but they appear to be sharing one major parenting woe in common: they’re very worried about the soft skills that have slipped through their children’s fingers since COVID-19 entered their lives.

Our kids were learning how to share, how to communicate with friends, how to work in groups. And then poof, one day, they were isolated in their rooms, playing with their own toys, doing their schoolwork solo and staying more than six feet away from their peers.

What’s this doing to their development and how can we help?

This is a big one that appears to be going down the drain. Playdates have been nixed, birthday parties canceled and most schools are online, if not very socially distanced. Will kids forget how to form conversations? Will they lose all their sharing skills? Will they become odd little kids who play well independently but are unable to function in group settings?

Perhaps soft skills in the social arena will dim, but they don’t need to disappear right now, and they certainly won’t be gone forever, says Nicole Beurkens, a licensed psychologist based in Grand Rapids.

Beurkens says parents can help by spending time throughout the week playing games with their children, working on crafts or cooking meals together to foster these skills.

This is a major soft skill, and one that kids have learned by default, says Allen Koh, CEO of Cardinal Education, an education consulting firm. They didn’t want to stay home from school, they didn’t want to be separated from their friends, but they’re doing it and they’re mastering new technology that they never experienced before March.

Yes, we’ve spent hours (weeks? months?) helping our kids with Zooms and dealing with their frustrations. So you may have missed the fact that your child gained independence over the past months. But they did.

“Students are expected to use asynchronous learning sessions to study materials at their own time and pace,” he says. “Learning technology makes students more adept in dealing with the new learning normal.”

In addition, as time goes on, kids are adapting to the e-learning, and they’re gaining the ability to complete their academics solo.

“The ability to complete academics in a self-directed manner may be one of the most under-practiced skill sets of the last two decades, and for those who master independent learning, we may see improved higher education outcomes later,” says Melissa Deuter, a psychiatrist and medical director of Sigma Mental Health Urgent Care.

Parents can be intentional about using this time to help their kids grow in empathy for others, Miller says. They can discuss needs they see in their community, along with steps they can take to help. Can your family pick up groceries for an elderly neighbor? Miller asks. Organize video calls with friends who are feeling isolated?

Parents can also encourage their kids to think positively, and practice strategies for adapting to difficult and changing circumstances, she says.

This is a major area where kids are learning in leaps and bounds, Miller says. Their world has turned upside down, yet many are still finding joy.

Before the pandemic, children were typically quite rigid, and they had a difficult time when things didn’t go as planned, like when their plans changed or when they couldn’t do what they wanted to do or what they set out to do, says Allie Gallinger, a speech-language pathologist and owner of Express Yourself Speech.

But as a result of COVID, they’ve learned how to be flexible thinkers when things don’t go as planned. “This is such an important skill for children to learn, and COVID has been a crash course in this skill,” Gallinger says.

Parents can help further by listening to their kids and really making sure they feel heard. “Parents should check in with their kids regularly about their stress levels and how they are handling the difficult emotions they may be experiencing surrounding the pandemic,” Miller says. “Parents can suggest coping strategies and help their kids process their feelings.”

Kids typically spend most of their day practicing talking and listening to their friends and teachers, but now they are muted. As a result, they’re losing opportunities to practice listening to another child’s point of view, to resolve conflicts and to share, says Sarah Miller, a Michigan teacher and mother of two.

“These skills are important for kids’ success not only in school, but also in their lives and careers as adults,” Miller says.

Still, your child can work on his communication skills, even during COVID. If you can, spend extra time simply talking to him, asking questions about his day and demonstrating sharing/conversations/listening skills over dinner. Forming pods of children who can get together during this time to play is also very helpful. Even a 20- to 30-minute Zoom playdate will help, Gallinger says.

Gallinger is also concerned about the children who received services prior to COVID, such as speech-language, psychology and occupational therapy. These should all continue virtually, as they are just as effective through teletherapy, she says.

It’s a scary time for kids and adults. But what’s important for parents to realize is that children, teens and even young adults move through developmental stages at a steady pace, says Melissa Ackerman, a licensed clinical psychologist in an Illinois private practice, who spent much of her career working in childhood trauma.

“As the pandemic continues to go on for a while, their development shouldn’t be halted and stages shouldn’t be missed to avoid long-term issues,” Ackerman says. “Parents need to look at the bigger picture and try to maintain some sort of balance for their children and teens in a safe way.”

This means balancing risks and rewards when figuring out the path for each child.

What parents really think about their kid’s education post-COVID