Brushing and flossing aren't always enough to prevent food and plaque from reaching a kid's molars. Here's why dental sealants might be good for your kid. 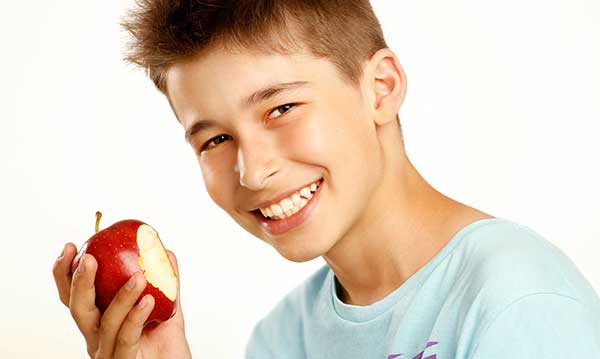 Do you fear that despite the diligent determination with which your child approaches the cleanliness of his teeth that it still won’t be enough to prevent cavities and an extensive dental bill? You may want to consult your pediatric dentist about dental sealants.

What is a dental sealant?

Thorough brushing and flossing are an important part of good dental hygiene, but toothbrush bristles cannot always reach the intricate depressions and grooves in the back molars. That’s where dental sealants seal come in – they seal off these vulnerable areas, keeping out food and plaque.

They’re typically applied once a child’s permanent molars come in, on average, at age 6, says Dr. Amit Batra, a pediatric dentist at Macomb Children’s Dentistry in Macomb. Up to this age, “parents control everything in the child’s mouth.”

But it’s about the time children begin attending elementary school that unsupervised snacking can contribute to more plaque buildup. And the deeper the pits, grooves and fissures are in a child’s molars, the more likely he’s an ideal candidate for dental sealants.

The plastic coatings are easy to apply and extremely cost effective in comparison to the financial distress tooth decay puts parents in.

The dentist first cleans the chewing surfaces of the molars. A gel that acts as a bonding agent is applied to the child’s enamel before the liquid sealant is painted on the deep grooves of the molars. Dentists then shine a curing light that hardens the sealant into a resin. The process is painless and merely takes minutes, although the sealants can last up to 10 years, according to mouthhealthy.org.

“We evaluate the functionality (of one’s sealants) on a case-by-case basis,” says Batra.

Some children may need sealants replaced more often than others. This variability is primarily determined by dietary habits and whether the child is a habitual grinder.

“Teenagers are known to snack, but hopefully when they’re adults, they’re more mature” and express greater discretion in regards to their dietary habits, Batra says. “Just because you have sealants doesn’t mean you can drink all the pop you want.”

And they’re not substitutes for tooth brushing and flossing. But dental sealants can put extra power behind your child’s cavity-prevention program.

Additionally, if a child is high-risk for dental caries (tooth decay) despite having molars with shallow grooves, a dentist may still recommend sealants.

“If there’s (minor) decay, sealants can stop bacteria from spreading. If the decay’s extensive, sealants will likely cause the tooth to become infected,” Batra says.

Extensive decay requires the removal of a cavity and the filling of the tooth, says Barber, in which case dental sealants are no longer necessary.

Other than the unwarranted sealing in of extensive decay, the only other risk dental sealants pose is if they’re poorly placed.

“The child must be cooperative,” Batra says. “Badly placed sealants can be harmful to your kid.”

Not to mention ineffective. Which is why if a child is not cooperative, the dentist will wait until the child’s next checkup to attempt to apply the sealants again.

Applying these airtight plastic shields, coupled with diligent at-home dental care and optimal fluoride intake are sure to keep your child’s pearly whites clean and healthy into adulthood.

Now that you’ve got the details on dental sealants, get the facts on fluoride.

From boogers to pen caps, here's why some kids can't seem to keep strange and stomach-turning things out of their mouths.
Read more
Parenting

A local mom of two shares the parenting mantra that she lives by.
Read more
Attractions