A new study says children gain more weight when their parents consider them overweight. A local psychologist offers insight on fat-shaming kids and tips on how parents can avoid it. 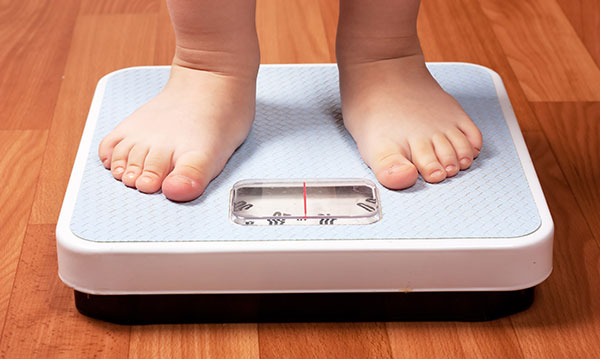 It happens all too often: A child gets denied a second helping at dinner while his siblings eat freely, or he reaches for cake at a party but is met with a “you don’t need that” from mom.

In ways both subtle and direct, parents’ actions and words can contribute to negative body image in their kids. And if it’s meant to help them lose weight, it’s not working. In fact, new research shows the opposite effect.

“We argue that the stigma attached to being an overweight child may explain why children whose parents view them as being overweight tend to have elevated weight gain during development,” the researchers explained in a press release.

Kids can be affected by parents’ unintentional focus on weight, too. Frequent talk about dieting or even a remark about an actor’s weight while watching TV can be problematic.

“I think fat-shaming is a really significant issue in our culture, particularly when it comes to the influx of social media,” says Kevin Sloan, a psychologist with the Beaumont Weight Control Center in Royal Oak. “There is a tremendous amount of size-shaming that occurs, both for adults as well as for children, and that definitely has a significant detrimental effect on adults as well as kids.”

Just how serious can it be? Sloan says size-shaming is associated with anxiety, depression, poor self-esteem and other negative emotions – plus the increased likelihood of gaining weight. Eating disorders and other psychological problems are also possible.

“Any form of fat-shaming or fat-stereotyping … it typically has the opposite effect of intensifying the issue and the problem,” Sloan says.

Even parents who mean well but overemphasize “good” and “bad” foods may find that their kids are picking up on the underlying message.

“Eventually they’re going to put two and two together and say, ‘Wow, there must be something wrong with my weight,'” he says.

Instead, work on body acceptance with your kids, Sloan recommends.

Parents should understand and teach their kids that there’s no single “correct” weight or body type. All bodies are different, with some people having bigger frames than others. This is true even within the same families and between siblings, he says.

“Sometimes a child, in the eyes of a parent, might appear overweight maybe because they’re comparing them to other kids or to themselves,” Sloan says.

And if a child is overweight? “It’s not the child’s issue as much as it is a family or household issue,” Sloan points out. “We basically advocate that the family make adjustments and modifications, whether it’s decreasing the amount of high-fat foods in the home, how often and where the family goes out to dinner, even the eating habits and behaviors of the parent themselves.”

Make it into a family activity, he suggests – “something about spending time together and being more physically active, the whole family eating healthier.”

Parents who have a child struggling with their weight should keep conversations positive and focused on the child’s individual strengths. Don’t put a focus on weight when it isn’t necessary.

“The more uplifting, the more positive,” the better, Sloan says. “Redirect the focus and the attention somewhat away from the whole weight into some things that the child does well … continue to help the child see themselves in as positive a light as possible.”