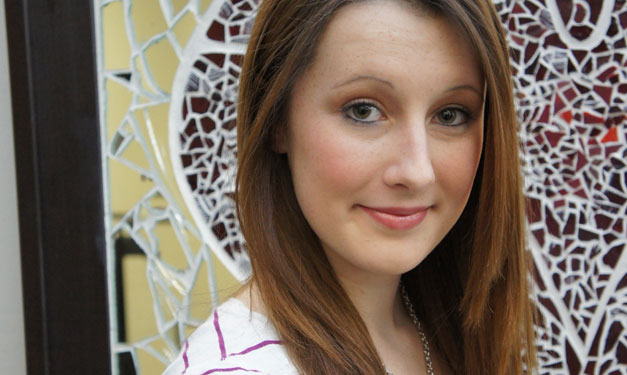 When Laura Lustig's daughter, Jillian, started at a new school, she knew there would be some tough days for her eighth-grader. Yet her daughter's occasional blues soon turned into days of constant tears.

Lustig understood some of the reasons for her daughter's sadness. She expected that Jillian would experience emotional ups and downs during her pre-teen and teenage years. Then there was the death of Jillian's grandmother when she was 7. Jillian, who had been extremely close to her grandmother, had gone through periods of depression since then. She also knew that students at her daughter's school had been harassing Jillian, both in classes, on the bus, and even at her home.

"At first, I didn't feel like I had anyone to talk to," Jillian remembers of that difficult time. She worried that the kids who were hurting her might end up bullying other kids, too, if she became their friend. She started to withdraw from others – even family members.

"I was kind of that kid who sat on the bus alone and cried." She couldn't think of a way out of her situation. Thoughts of ending her life began to enter her mind.

Lustig tried to talk her daughter through her pain. But recognizing that Jillian was overtaken with sadness in the way she had been after her grandmother's death, Lustig contacted Easter Seals Michigan for help.

Jillian worked with a counselor to talk about coping strategies for her depression. Along with those individual sessions, Lustig and her daughter took advantage of programs where they learned how to talk more effectively to one another to resolve issues. Jillian's Easter Seals counselor also approached school administrators to address the bullying Jillian was experiencing. It took nearly a year before Jillian felt like herself again.

Now 15, Jillian credits her time with her Easter Seals counselor as helping her work through her depression. She says the Easter Seals programs available for her mom were also a big benefit, guiding her mom in knowing what to say and how to act as Jillian battled something that was way more than a case of typical teenage blues.

"I used to be so depressed and I'd just sit there and wouldn't do anything," explains Jillian. "I can still remember feeling so bad that I didn't know what to do and the only way I could think of escaping was suicide."

Experiences like Jillian's are not unique. Nationwide, the U.S. Centers for Disease Control and Prevention reports, "For youth between the ages of 10 and 24, suicide is the third-leading cause of death. It results in approximately 4,600 lives lost each year."

Closer to home, the Michigan Department of Community Health (MDCH) found 16 percent of all Michigan public high school students "reported having seriously considered suicide in the past 12 months." The national rate, by comparison, was 13.8 percent.

Even more startling, for every 11 Michigan public high school students, one has reported attempting suicide "one or more times in the past year." Of those, 3 percent needed medical attention after their attempt. (Death rates for males of all ages were four times higher than that of females when it comes to suicide.)

For parents wondering if their teen is suffering from depression, there are several signs to look for. Mental health experts, including those at the MDCH, define depressive feelings as when a youth is feeling "so sad or hopeless, almost every day for two weeks or more in a row, that the person stopped doing some of their usual activities."

Still, the signs of teen depression aren't always clear, explains Susan Styf, the director of family services at Easter Seals Michigan. "Any time you see a child whose behavior is different than what you normally know, I think there's cause for concern," she says. "But I think parents have a gut feeling when something is wrong."

Yet even if parents recognize that something isn't right, they might have a hard time distinguishing between their child having typical teenage struggles and a more serious problem with depression. "Some parents figure, 'It's the blues and it will pass.' It's important for parents to talk to their child about how he or she is feeling. You don't want your child to feel isolated. Tell them you care, even if you do suspect it's the blues."

When to call a professional

For many parents, the decision to call a professional can be a difficult one. They worry they're overreacting and think that, given time, their teen will emerge from his or her sadness. There's also concern that teens will resist going in for treatment or feel stigmatized that they needed help with their depression. With any of these instances, Styf urges parents to call a professional for help, whether it's from Easter Seals or another mental health clinic.

"You can call in and talk to a counselor, go through your questions," says Styf. "It's so important for parents to know that there is support for those who are struggling and wondering what to do to help their teen."

Lustig echoes Styf's sentiments. When asked what she would advise parents who are concerned about their teen's sadness, Lustig says, "I would tell parents that if they have the least bit of suspicion (that their teen has depression), then they should go ahead and get a clinical opinion. It's better to have them seen and not have something wrong than have something wrong and to have it get worse." She goes on to explain that many kids probably aren't very open with their parents about their feelings, so enlisting a specialist can help both parents and teens.

In fact, part of Easter Seals' approach toward helping teens navigate their feelings is working with both the teens and the parents. "We have some parents that come in by themselves," explains Styf. "We have others that split sess
ions with their teens."

Beyond therapy sessions, Easter Seals offers teens the opportunity to self-advocate and give suggestions and feedback to help shape Easter Seals programs and services through its Teen Advisory Council (TAC), which meets several times a month in the evening.

"TAC is honestly the best group I could ever be in," says Jillian. "It's just fun and exciting and gets you out doing things in the community." (Easter Seals also has the Parent Advisory Council, or PAC, where parents provide feedback, do outreach and become advocates.)

One reason for the success of the TAC program, believes Styf, is that Easter Seals counselors let the teens take the lead. While the regular meetings do include time for discussions, they have activities where teens can just be teens. "We try to make it fun," says Styf.

But they also try to give teens the opportunity to help one another and other teens that may be battling depression. In fact, the teens decided during one of their meetings to start an anti-bullying campaign in the community. So far, they're planning on reaching out to area schools to present anti-bullying programs. They're considering bigger projects too, including talking to legislators.

"We follow their lead," says Styf. "Whenever you're working with teens, it can be a very tricky situation because as adults we think we know better then they do, but we don't. They prioritize differently than we do."