A big study throws heavy data at the fact that the measles vaccine doesn't cause autism. It's vital to vaccinate your kids. A Michigan doc explains why. 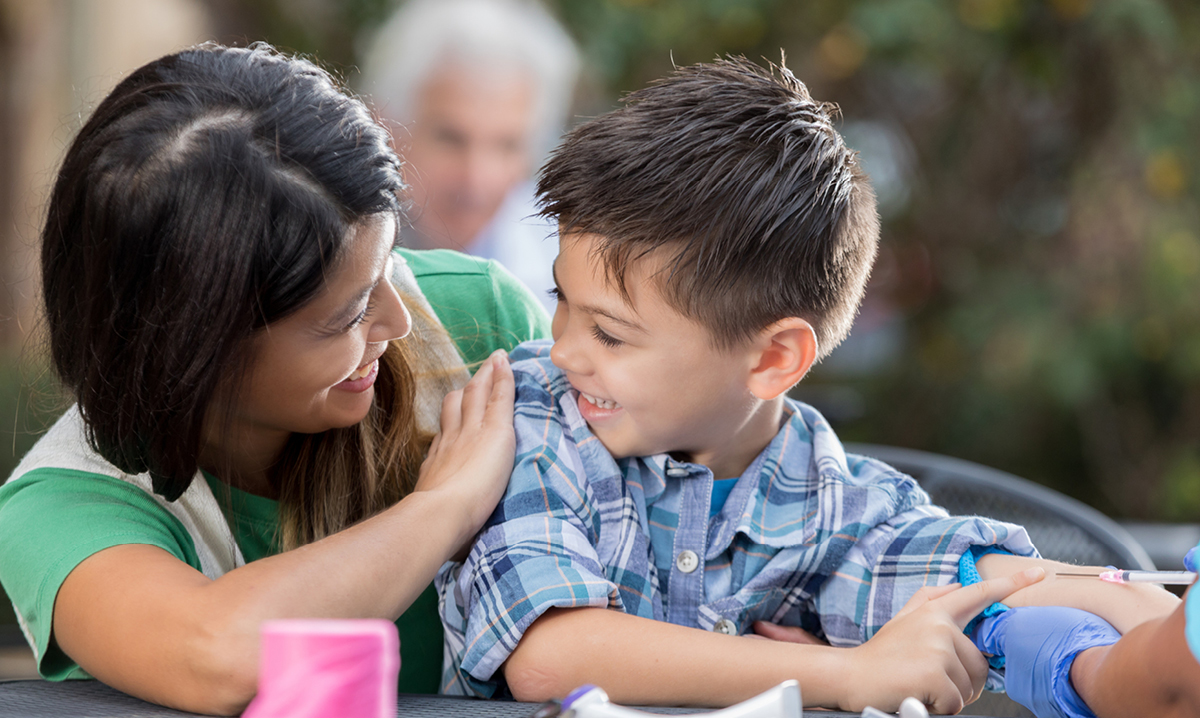 Here we go again. Another very large study is in the news, debunking the myth that the measles vaccine causes autism.

This big lie that continues into perpetuity started with an unscrupulous British physician, Andrew Wakefield (no “M.D.” after his name because he lost his license), who published an article in the journal Lancet.

The article was eventually retracted because it was untrue. He had based his claims that the measles vaccine caused autism on a study of only 12 children and had falsified his data to get a big payout from attorneys trying to sue the vaccine maker.

Unfortunately, this was the start of the anti-vaccine movement that continues to fester today. The very vocal anti-vaccine (or pro-disease) group continues to disseminate lies that put children and their families at risk of devastating childhood illnesses because some parents choose not to vaccinate their children.

This latest study, which was very definitive and large, looked at more than 600,000 children over a 10-year time span, and, like many other studies, had the same result.

Vaccines do not cause autism.

This is a poignant issue

Why does this study deserve a headline? Unfortunately, because so much misinformation about vaccines abounds and there are so many science deniers, this makes the news.

But what really makes this study very timely, and worthy of a headline, is the current resurgence of measles around the world – and, tragically, in the United States, where measles was completely eradicated 19 years ago. That’s right – completely gone.

Sadly, this is no longer the case. From the start of 2019, there have been 314 cases of measles in 15 states as of March 21, the CDC reports – and, as of March 25, 18 measles cases have reported right here in Oakland County. And Michigan measles cases were already appearing on the radar in 2018. It’s likely that there will be many more.

This is scary stuff. Measles is one of the world’s most contagious diseases and, before the wide use of the vaccine, 2.6 million people died yearly from this disease worldwide.

So what can be done about this current measles outbreak? What can be done to protect our most vulnerable? The answer is very clear. The best protection against measles is vaccination.

So what will it take to increase vaccination rates? The answer is also very clear. Compliance rates are key.

Mississippi has the highest compliance rate of 99.4 percent. The main reason for this exceptional compliance rate is that the only opt-out for vaccines in Mississippi is for medical reasons – which means religious and philosophical exemptions are not allowed.

In January of 2015, a new law went into effect in Michigan that required a parent/guardian to attend vaccine education at a local health department to get a non-medical exemption. This very minor barrier to a vaccine waiver has increased vaccine compliance.

Before this law, Michigan ranked fourth in the nation for non-medical waivers, and now ranks eighth. We can still do better by allowing only medical waivers to permit opting out of vaccines.

California did this in 2015 which increased vaccine compliance in California from 90.4 to 95.1 percent. This was accomplished only after a large measles outbreak in that state. Measles became a public health emergency, and legislators did what was right to protect Californians.

What will it take in Michigan? Will this March 2019 measles outbreak in Oakland County be the tipping point?

Vaccinations are one of the most important medical advances in the last century, preventing disease, death and suffering. Vaccines are safe and vaccines work; this is indisputable. Vaccines help to keep adults and children healthy.

Measles is preventable with a very effective and safe vaccine, yet measles and other vaccine-preventable diseases are on the rise because some parents choose not to vaccinate.

There are areas of Michigan with a 30 percent waiver rate – and this puts the entire state at risk. And to think that this all started with a lie.

A matter of public health

Like traffic laws, vaccines are not a matter of personal choice, as low compliance is actually a threat to public health. Poor vaccine compliance puts the most vulnerable at risk, including those too young or too sick to be immunized.

The success of vaccine programs have taken away the fear of these deadly diseases. Vaccines are a victim of their own success. Most parents vaccinate to protect their own children but also to do their part for the health of the community.

The majority of Michiganders believe in vaccines, and it’s time for our laws to reflect that. Dr. Jerome Adams, our current U.S. Surgeon General, says that vaccinating is a social responsibility, and that we will only increase vaccine compliance by making it easier to get a vaccine than it is to get an exemption.

I agree with Dr. Adams, especially in light of the recent outbreak of measles in our state.

It’s time Michigan took another look at allowing only medical waivers to permit opting out of vaccines, given the current resurgence of this very preventable and highly contagious disease.

Michelle Davis, M.D., is a mother, grandmother and family physician with West Michigan Family Health in Grand Rapids and the founder of MI Vaccinations, a grassroots organization created in 2015 to change Michigan law to ban non-medical vaccination waivers.