Fighting Your Child’s Cold or Flu

Learn more about how to fight colds and the flu to keep your kids feeling healthy. 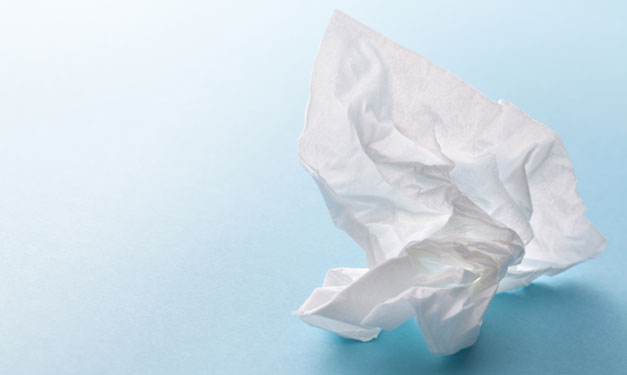 Cold and flu season is here again. According to the American Academy of Family Physicians (AAFP), the common cold is one of the leading reasons for physician visits.

“Everyone will probably become ill at least once during the season,” says Mark D. McAllister, M.D., a family medicine physician who formerly practiced at Henry Ford Medical Center. “Colds are part of childhood.”

With many over-the-counter cold and flu products removed from the market or not recommended for use by children, there has been a return to the “old school” tried and true treatments our grandmothers used.

“Children under age 5 shouldn’t use over-the-counter medications,” McAllister said. Instead, McAllister and the AAFP recommend more traditional remedies, such as vapor rubs, saline nose sprays and humidifiers. “It’s sort of like we’re back to the 1950s.”

Honey is also regaining popularity as a cough reliever. However, McAllister cautions that due to the risk of botulism, children under age 2 should not be given honey.

Colds and influenza, or the “flu,” are caused by viruses. McAllister notes that colds and the flu are respiratory infections, and stomach symptoms like nausea, vomiting and diarrhea are not true influenza. Cough, headache, muscle aches and fever (greater than 100.4 F) are typical flu symptoms, while colds usually come with a runny nose and sore throat. Children may have a fever with a cold.

McAllister warns that children should not be given aspirin to reduce a fever, due to the risk of Reye’s syndrome. Instead, he recommends products specifically made for children, such as Children’s Tylenol or Children’s Motrin.

“Fever is a normal response to viruses,” McAllister said. “Children may have an elevated temperature and still be running around the house.”

McAllister said that colds and flu are usually self-limiting, which means they will eventually improve on their own. Antibiotics are not recommended, unless there is another illness that follows the original virus. Antibiotics are not effective for viral illnesses, and only work for certain types of bacterial infections, like strep throat.

McAllister adds that colds are the result of germs passed from person to person, not from things like going outside with wet hair.

Giving medications to relieve symptoms is an individual call. “Know your child,” McAllister said. If he or she seems comfortable, is drinking fluids and continues to play and act normally, caregivers may hold off on giving fever-reducing medications to allow the body to fight the virus naturally. Some symptoms that should prompt parents to seek immediate attention include: fever with a rash, difficult breathing, irritability or not drinking enough fluids.

Think your child is too sick for school? Here are some ways to help you decide whether or not to send him to class.