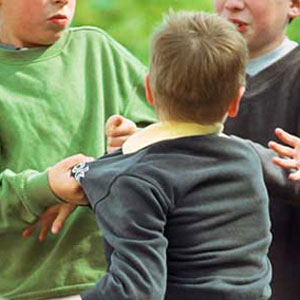 One in four teens in middle and high school report being frequently bullied – and an estimated 160,000 children stay out of school on any given day because they are afraid of being bullied.

To combat this, Beaumont Children’s Hospital created Michigan’s first hospital-based, anti-bullying program: No Bullying Live Empowered, or NoBLE. The program, based out of the kids’ hospital in Royal Oak and also includes a crisis hotline, focuses on meeting the needs of youth who are exposed to bullying and believes that anyone involved in bullying is at risk for lifelong problems.

How the program works

The program is not only for children who have been bullied – but for any kid who’s been affected by bullying, either as a victim, witness or bully. There’s also counseling available for parents and guardians. At times, the parents/guardians may be asked specifically to participate in family sessions.

Are you the bully’s parent? Get tips on what you can do in Metro Parent’s award-winning article.

The number of counseling appointments varies depending on the case. After the initial analysis, as estimated number of visits needed may be provided, but that can be subject to change based on the individual’s need and response to the counseling.

Bullying by the numbers

Here are some things you might not know about the frequency of bullying.