Food Allergies in Children, Symptoms to Look For

Staying in the know about kids' food allergies is important. One local doctor weights in on food allergies, occurrences and symptoms worth worrying about. 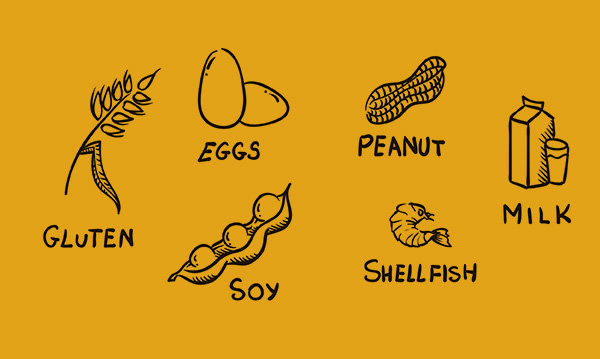 Whether you’ve read about deaths due to food allergies or you suffer from food allergies yourself, you’re likely concerned about the likelihood that your kid could develop one of the common childhood food allergies.

However, parents should not panic despite numerous tragic stories of deaths due to food allergies, according to one metro Detroit area pediatrician.

“Parents are scared,” about kids’ food allergies and their impact, DeGraw acknowledges. But he says that true, significant, life-threatening allergies are extremely rare. “I tell parents that your child is more likely to die in a car accident than from an allergy.”

According to the doctors at the Allergy and Asthma Center of Michigan, allergies reportedly occur in at least 30 percent of the population nationwide. Allergic reactions occur when your immune system mistakes an ordinary item for a dangerous enemy. Food, pollen, mold, animal dander, stinging insects, or medication are most common allergy triggers. Kids allergy symptoms range from mild to life-threatening.

DeGraw says that only 5 percent of reported food allergies actually meet the guidelines set by the American College of Allergy, Asthma and Immunology. He adds that a diagnosis of “food allergies” is often made without doing all the testing needed to establish the diagnosis.

“Skin and blood testing for allergies is the gold standard,” he say. DeGraw says the best method involves in-office testing using a “double blind” method, where neither patient nor doctor knows which potentially allergic substance is being injected. This method, DeGraw says, is not often used, and doctors often diagnose allergies based solely on a parent’s or patient’s descriptions.

According to the University Physician Group at Wayne State University, for food allergies in children, symptoms may display within 2 hours after eating certain foods:

It’s very rare, but some children have severe allergic reactions (also called “anaphylaxis” or “anaphylactic reaction”) that may be life-threatening. The symptoms of a severe reaction generally occur within minutes to 2 hours after contact with the food causing the reaction.

Symptoms of anaphylaxis are:

DeGraw says that true anaphylactic reactions happening “out of the blue” from problem triggers that parents were not aware of and unprepared for are extremely rare.

He says that most kids’ food allergies are discovered well before children reach the toddler years. Finding blood in the stool, along with breathing difficulties are the most common early symptoms of food allergies, he adds.

Parents of children who have a family history of asthma, allergies and eczema do need to be more concerned, DeGraw say. Along with noting bloody stools and problems breathing, parents need to be particularly attentive for symptoms of mouth and face swelling and skin rashes.

Previous medical advice that all children avoid milk products, eggs, peanut butter, soy protein, fish, wheat, and a citrus fruit during the first year of life has been challenged recently. DeGraw notes that recent research indicates that delaying the introduction of these foods has not been shown to prevent food allergies.

“Any food at any age after four to six months,” is how DeGraw sums up current recommendations. He advises that parents introduce new foods at intervals of a few days, and keep a record of any problems noted afterwards.

If you suspect your child has an allergy, make an appointment to see your health provider. Start a diary before the appointment and list the symptoms your child experiences and what you think has caused them.

Call 911 if your child is having trouble breathing or is wheezing, has swelling of the face and lips, and develops severe diarrhea or vomiting after eating.