Are All Germs Bad for Kids?

A little dirt and grime can actually be healthy for children. Here's a look at why disinfecting everything isn't the best parenting strategy. 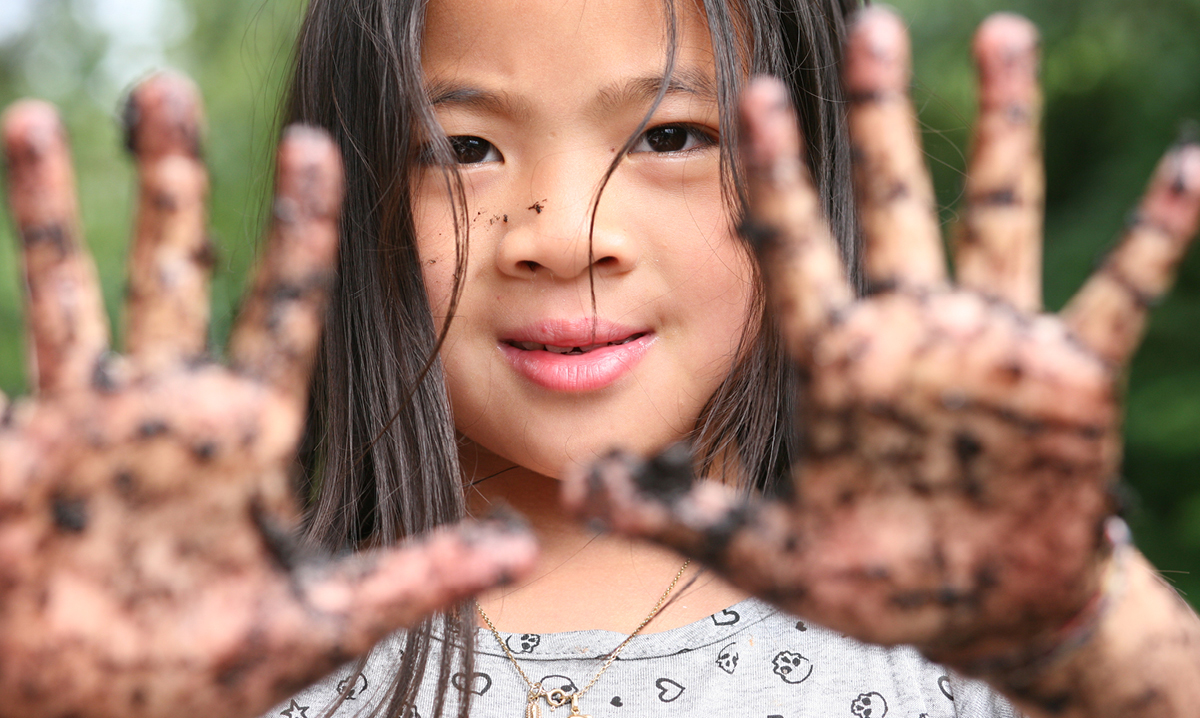 Your grocery store’s cleaning aisle is packed with products to keep a germ-free home – and, items tout, your family healthy.

There’s a disinfectant spray for every surface and, of course, antibacterial soap and hand sanitizer gel to sanitize the kids, too.

So are all germs bad? Despite the marketing push to parents, doctors aren’t convinced that going germ-free (not that it’s really possible) is good for kids. In fact, some say a little dirt might help keep kids healthy.

In 1989, British researcher David P. Strachan coined this phrase, after observing that kids in larger families developed fewer allergic problems than those in homes with less children.

Based on this theory, researchers propose that kids may be too sheltered from germs early in their lives: Without adequately building up their bodies’ natural defenses, they become more susceptible to illnesses and chronic conditions.

Some think that if kids are exposed to certain common allergy-triggers early in life, they’re less likely to develop allergies and asthma later – whether by living with pets, a bit of dust or playing in the dirt.

“When you’re born, you have genes from your parents that put you on track to developing allergies,” explains Sublett. “If both parents are allergic, the child will tend towards allergies – no matter what.”

And some basic thinking behind the hypothesis doesn’t hold up. For instance, kids living in metro areas – which can have plenty of dust and dirt – often develop chronic conditions. Still, it holds important lessons.

“You want your child to lead a normal life,” Sublett advises. “Parents should practice normal hygiene practices. That doesn’t mean you have to spray down your house every day.” And if you notice problems, take your child to a board-certified allergist.

Getting dirty is part of being a kid, believes Dr. Richard Weiermiller, a pediatrician with Beaumont Hospital in Royal Oak and Troy. “Too many kids these days live in a hygienic environment indoors and they aren’t encouraged to play outside.” The results are sedentary kids at risk of becoming overweight.

“I don’t worry so much about my kids playing outside,” says Dr. Wendy Roberts, a pediatrician at IHA Child Health in Ann Arbor and mom. “There are less infectious agents in your back yard then there probably are at their desks at school.”

Plymouth mom Esther Rogers admits that when she was a new mom she thought she had to keep her home extra clean to ward off illnesses. “But then I read about how a little dirt might be good for your kids and prevent allergies,” says the mother of three.

When she moved from Baltimore to Michigan, she and her husband, Craig, settled on a house with a stream in the backyard.

“I thought how the kids might be dirty and muddy all the time,” recalls Rogers. “But then I thought about how I grew up in the middle of nowhere and I played outside all day.”

Since moving in, the family has enjoyed spending time outside and even camping. Rogers follows practical cleanliness guidelines, like washing hands before eating dinner. “But if we’re barbecuing outside and one of the kids drop a hot dog and picks it up to eat it, I hate to ruin a good time by all of a sudden making everyone feel like there’s germs all over. A little dirt isn’t going to hurt anyone.”

Dr. Roberts agrees: “We’ve all had a child who picks something off the ground or under the table or out in the yard and eats it. Your first reaction is to be horrified. But in general, it all works out just fine.”