Hand, Foot and Mouth Disease: What Parents Should Know 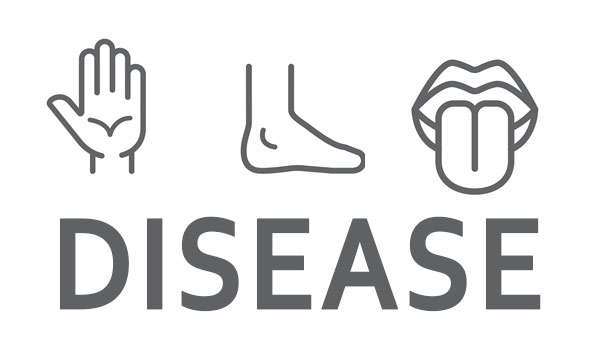 A fever is often the first sign, followed by a sore throat and a decreased appetite. Then the painful sores appear. It’s hand, foot and mouth disease – and it’s currently on the rise.

Hand, foot and mouth disease is a contagious viral illness that causes sores and rashes just where its name would have you expect – the hands, feet and mouth.

Dr. Arsala Bakhtyar, a pediatrician based in Dearborn with Beaumont Hospital, says the illness is most commonly caused by a virus called coxsackievirus.

Cases are currently being seen in southeast Michigan along with outbreaks elsewhere, including an unusual outbreak at Florida State University recently where more than a dozen students were diagnosed.

“It was unusual because the age group that suffered from the illness was older than the population that typically acquires this virus,” Bakhtyar says.

The virus commonly causes outbreaks in the late summer and fall.

“We see this yearly but during the past few months, we have already seen more than the usual number of cases,” she says.

Most cases of hand, foot and mouth disease occur in children younger than 5 years old.

Symptoms of hand, foot and mouth include the following:

Fortunately, hand, foot and mouth disease is usually mild, according to the Centers for Disease Control and Prevention. Most people affected usually recover in seven to 10 days without medical treatment.

“So far, no antivirals are effective against this virus,” Bakhtyar says. “All we are able to do is treat the symptoms.”

Parents can give children with hand, foot and mouth disease acetaminophen or ibuprofen for fever-reduction, Bakhtyar says, and they should also be sure to keep children well-hydrated.

“Give cold liquids or Popsicles to soothe the throat,” Bakhtyar recommends. “In severe cases, mouthwashes containing lidocaine can be used to numb mouth pain.”

Complications of hand, foot and mouth disease are “very rare,” Bakhtyar says, and typically occur only in the very young or very old.

One complication, aseptic meningitis, can cause headaches, stiff neck and disorientation. Encephalitis, an inflammation of the brain tissue, is also possible and can cause seizures and confusion, according to Bakhtyar.

Proper hand washing is key to avoid spreading hand, foot and mouth disease to others in your family or in the community. Hand washing is especially important after diaper changes and using the bathroom, Bakhtyar says.

“Also, staying away from siblings while they have a high fever can prevent contagion,” she says.

To help keep siblings from catching the illness, parents should be careful to clean and disinfect toys and frequently touched surfaces in the house, plus avoid letting kids share utensils or cups.

Children should stay home from school or day care until they’ve been fever-free for at least 24 hours and until they are able to eat normally, Bakhtyar says.

“In addition to keeping children with high fevers home from school, parents can teach their children effective hand washing with soap and water, especially after using the bathroom,” she suggests.

What else parents should know

Hand, foot and mouth disease doesn’t only spread at daycares or preschools. It can also be caught at malls, play areas, the zoo and other places, Bakhtyar says.

Another commonly misunderstood aspect of the virus is how often you can get it.

“Parents should know that having this illness once does not prevent future instances,” she points out. In fact, children can get the disease many times in their lives.