How to Get Rid of Head Lice

Metro Detroit lice removal experts prepare you for what to do if you encounter lice in your household – and how to get rid of lice. 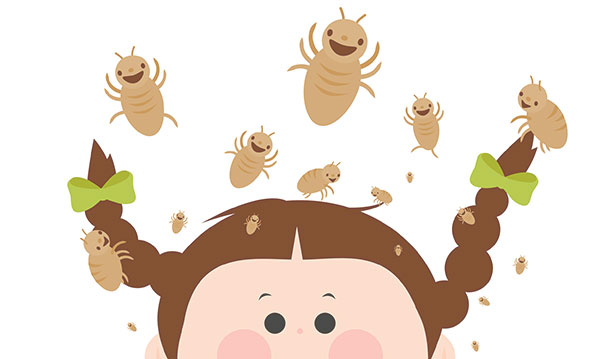 Many parents can relate to the feeling of dread when they find out lice is going around their child’s social circle. The feeling is only amplified when the relentless itching begins.

Dealing with lice is an issue families hope to avoid but many are faced with each year. In fact, the Centers for Disease Control estimates that 6- to 12-million infestations occur each year in the U.S. among kids ages 3-11.

Parents should keep in mind that head lice, unlike other types of lice, is not caused by uncleanliness – a common misunderstanding, says Beaumont Health System pediatrician Dr. John Dorsey. And fortunately, parents are often wrong about having lice when they bring their kids to the pediatrician to have it confirmed.

“Ninety percent of the time they don’t have it,” Dorsey says. “It’s not that prevalent.”

If your family does get lice this year, it’s best to be prepared with a plan for how you’ll treat it. Here’s a look at some of the most common head lice treatments.

The most commonly used treatments for head lice are over-the-counter products like Nix and Rid, Dorsey says. At around $20 per kit at most pharmacies, these treatments use active ingredients pyrethrum and permethrin to kill lice and their eggs.

Though they are considered pesticides, Dorsey says they are safe and that pyrethroid is derived from the chrysanthemum flower.

“It’s usually a chemical you put on once and then again a week later,” he says.

Individual removal of lice with comb

According to Consumer Reports, it may be better to physically remove lice from your child’s head instead of using chemicals.

“There’s no reason for parents to douse their children’s heads in chemicals,” Urvashi Rangan, Ph.D., director of consumer safety and sustainability for Consumer Reports says in a 2014 article. “Physically removing lice, while it seems daunting, is safest for your child’s head.”

That’s not only because the products are becoming less effective due to lice resistance (though that may not be the case currently in Michigan), but also because of potential side effects like inflamed skin or difficulty breathing, according to the report.

Instead, the organization recommends removing lice and their eggs by combing with a lubricant like a hair conditioner, combing every day until no live lice are seen and continuing to comb every few days after that for about a month.

Call in the professionals

Local businesses including Rapunzel’s Lice Boutique offer professional lice removal for parents who want an immediate fix or who haven’t had success with at-home treatments.

At Rapunzel’s, which has area locations in Ann Arbor, Farmington Hills and Sterling Heights, treatment starts at $139 and is guaranteed for 30 days.

“It’s a one and done treatment,” says co-owner Phil Brechting.

Rapunzel’s uses AirAllé, which is an FDA-cleared medical device that kills head lice and 99.2 percent of eggs in a one-hour treatment. A traditional oil and comb-out treatment is also available, he says.

“Everything we do is completely nontoxic,” Brechting says. “The majority of the people that we treat have already tried over-the-counter (treatments) on more than one occasion and it hasn’t been effective.”

Dorsey says other medical treatments for lice are available, including an oral medication, but that these are usually not necessary thanks to other effective treatments.

“Around Michigan we’re just not using it, but there is an oral medication if it’s necessary,” he says, encouraging parents to talk with their pediatrician about other options if needed. “They’re less well known and more expensive.”

Some parents prefer to try natural treatments at home, like using heat from a blow dryer to kill the lice or suffocating them by applying mayonnaise to your hair.
“You hear about stuff like that and that works to a point,” Dorsey says, but he pointed out that some of these treatments don’t address the eggs and recommended that parents approach it like they would other medical issues: “It’s like penicillin for strep throat.”

Remember that you’ll need to wash clothes, bedding and other areas of the home where lice could be. Fortunately, re-infestation because of the environment is uncommon.

“The likelihood of catching it from your environment is very slim,” Brechting says. “What we recommend for cleaning your environment is washing your bedding in hot water and drying it on a high heat for at least 30 minutes. For furniture, use a regular old lint roller. That should pick anything up off furniture.”

Stuffed animals and other items can be put in the dryer for 30 minutes or sealed in a bag and set aside for 48 hours, he says.

“That would take care of any issues there. The louse needs to eat every 48 hours,” Brechting says.