When young Black boys were overdiagnosed with ADHD and ODD, experts started asking why. What they learned shapes an imperative to address the trauma these kids experience. 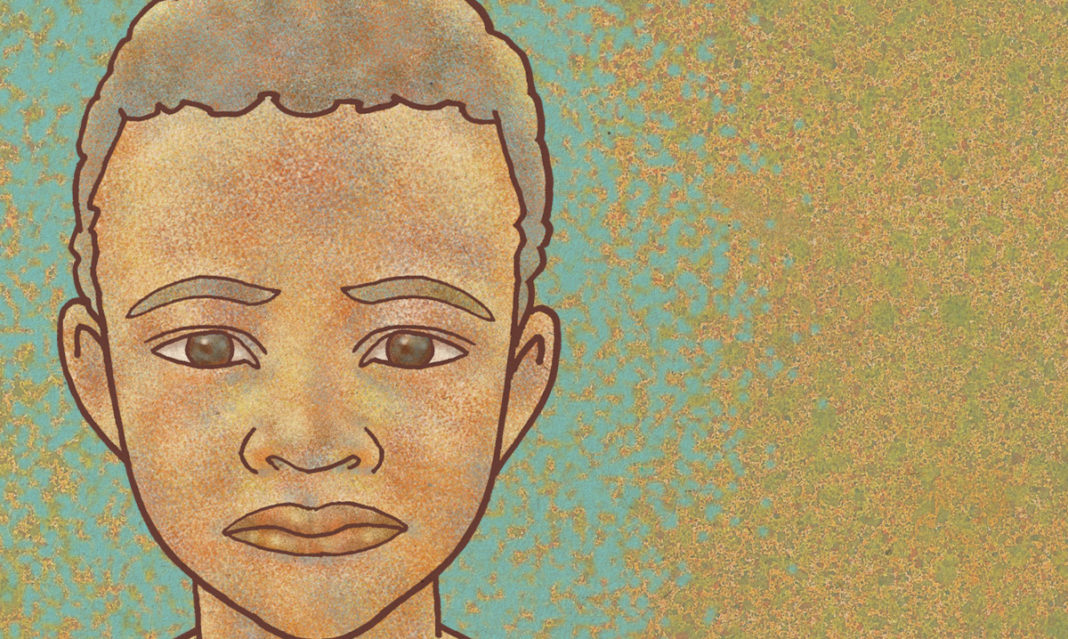 The Children’s Center is a Detroit-based organization founded to support the record numbers of children struggling for survival following the stock market crash of 1929 and the Great Depression. In recent years, the center has experienced a number of referrals of Black boys between the ages of 7 and 12 who were experiencing trouble at home, in school and in the community.

“We saw that these boys presented as angry. They were unable to concentrate in the classroom and got into fights with their siblings or others in the community. Their parents might say they won’t follow their rules or they are oppositional,” explains George Winn, Chief Operations Officer at The Children’s Center.

When these kids were diagnosed with attention deficit hyperactivity disorder (ADHD) and oppositional defiant disorder (ODD), behavioral health experts at The Children’s Center started digging deeper. What they learned was surprising — and led to a whole new imperative for supporting Black boys in Detroit who are struggling.

“We knew there were hidden issues based on these demographics,” Winn says. “Frankly, what can we do to address these issues? We already know these kids are behind academically, they are born into situations of poverty, they don’t receive medical services and there are health care disparities.”

Black boys, in particular, have been in crisis for some time, and a recent emphasis on the role of childhood trauma is shining a light. “In my 30-plus years as a social worker, I have seen and heard leaders and organizations express frustration about how to help Black boys. How do we address these outcomes?” Winn asks.

Past solutions that have included evidence-based programs designed to meet a specific need by an individual organization have not made the desired impact, Winn says. “Today we recognize that we can’t do this heavy-lift by ourselves,” he says. “We need to be looking at it differently and working collaboratively, across multiple systems to make that change.”

Not another program, but a systemic transformation

As the first large-scale effort to address childhood trauma in Detroit, Crisis to Connection: An Imperative for our Black Boys is best described by its title. “Crisis to Connection is not a program. It’s a philosophy and a change to the way of life that has put Black boys in crisis for such a long time. That pipeline begins with childhood trauma and through evidence from the CDC and National Institute of Justice, we know that,” Winn says.

Through a step-by-step effort designed to span 10 years or more, Crisis to Connection will address issues through the lens of trauma. “What we know about our kids is that if you live in poverty, that’s trauma. If your parents are unemployed or underemployed, that’s trauma. If you walk through your community and you are faced with issues of substance abuse, drugs and violence, that’s trauma,” Winn explains.

“Systemically, we don’t say these kids are traumatized. We say they are bad kids. We say they should pull themselves up and do better. But they are hurting,” he says.

The first phase is to build infrastructure, says Winn, which includes establishing funding and building capacity within community partners and training members on trauma-informed care, systemic racism and the imperative of improved outcomes for Black boys. Phase two brings community partners together to identify the systems that perpetuate racism and implicit bias, and reimaging systems to equip and empower individuals and communities to overcome trauma and adverse experiences — including poverty. The third phase rolls out and implements the strategic plan across metro Detroit. Adjustments and refinements could lead to a replicable model for use nationwide.

Long-term outcomes will inform practices and policies around systemic racism, implicit bias and trauma that impact Black boys in Detroit and throughout Wayne County. On an individual level, the imperative expects to see a 60% decrease in both out-of-school suspensions of Black male students and arrests of Black male youth, coupled with a 75% increase in enrollment in post-secondary learning, including vocational and trade education.

Winn recognizes that Crisis to Connection is a long-term journey, potentially spanning decades. “It’s a marathon, not a sprint. We’re not talking about putting a toe in the water and expecting meaningful outcomes. We are talking about full immersion,” he says.

Education about trauma is key, Winn says. “The need is greater than ever before for normalizing behavioral health services. I know that mental health services have always had a stigma and now that has to go away. The pain we feel is just as common as a cold. We would treat that cold and not point fingers or ostracize. We have learned through the lack of socialization (due to COVID) that we need each other to be happy, healthy, whole and thriving. This is no different. It’s just a matter of understanding and a lot of it is common sense.”

Learn more about Crisis to Connection: An Imperative for Our Black Boys at thechildrenscenter.com. Brought to you by the Ethel and James Flinn Foundation. Learn more at flinnfoundation.org.