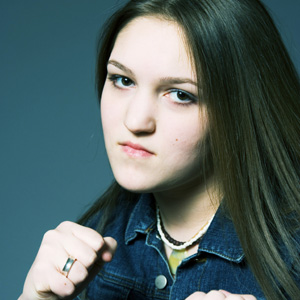 It's common for teenagers to tussle without thinking about the consequences. In fact, MSN Healthy Living notes that about one in 20 teens get into fights. And, if they argue in school, they might get detention or suffer through suspension. But, a new study shines light on a more permanent outcome to fighting: a drop in IQ.

The study, which was released in the Journal of Adolescent Health found that "fighting-related injuries have a significant impact on subsequent cognitive functioning and intelligence."

For this study, data from the National Longitudinal Study of Adolescent Health, which was collected between 1994 and 2002, was analyzed. It examined 20,000 people ages 12-21 – and each of them had been in a physical altercation, which resulted in having to be examined by a doctor.

The findings are startling.

Male subjects experienced an average IQ loss of 1.62 points – and for females, they suffered an average loss of 3.02 points.

When a teen misses one year of school, his or her IQ is lowered by 2 to 4 points. So, females can actually suffer that loss in IQ points after just one fight, whereas men are more likely to experience the damage after two fights.

Why do girls lose more IQ points? According to the study, "males have been found to possess specific physiological characteristics that result in an increased ability to inflict and withstand physical damage."

Unfortunately, however, it only takes one or two fights to really cause damage to your teen's development. These findings are just another reason to avoid an altercation.