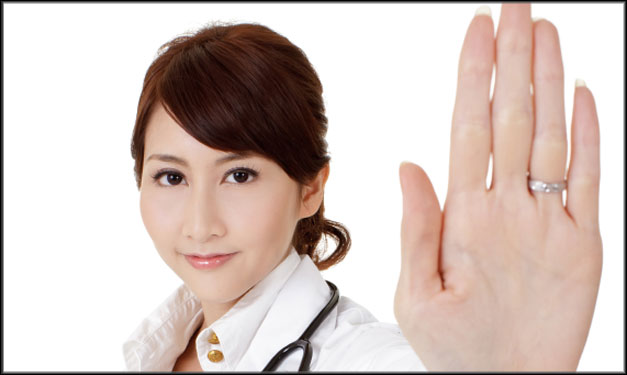 From the first time we’re told to "eat carrots; they’re good for you," we are bombarded with health advice. There’s little doubt that paying attention to the basics – a healthful diet, getting enough sleep, regular exercise and good hand-washing habits will go a long way to maintaining your child’s health. But what about those bad habits we can all fall into? Here, some southeast Michigan doctors offer insight on the top offenders – and how to fix them.

1. Catering to your child’s self esteem

Dr. Marcus DeGraw of St. John Hospital and Medical Center in Detroit reminds parents that they are parents, not buddies, to their children. "Thirty or 40 years ago, parents focused on being a parent to their child, not their child’s friend," he says.

According to DeGraw, many parents believe that "if my child is unhappy, I have to fix it." He believes that the constant emphasis on protecting a child’s "self esteem" and awarding trophies and ribbons without truly earning anything is actually turning children into whiners and complainers, and is far worse for their self confidence.

2. Giving your kids too much milk

Almost everyone knows that dairy products are an excellent source of important vitamins and minerals important for building bones and good health. But don’t go overboard!

"Milk is a great source of calcium, but too much of it can be a bad thing," says Dr. Colleen Bryzik. "Toddlers should not be drinking more than 16-24 ounces of milk in a day."

Bryzik, a board-certified pediatrician affiliated with William Beaumont Hospital in Royal Oak, says that drinking more than that can lead to iron deficiency anemia. Also, she notes that kids may fill up on milk and not eat as much nutritious food.

Hidden sugars in "healthy" foods like raisins or other dried fruits are key causes of cavities, says Shamoon. That is because they stick to teeth and have concentrated amounts of sugars, which remain in contact with tooth surfaces longer than other treats. Many popular breakfast cereals also contain large amounts of cavity-causing sugar.

Alternative snacks to try to include in your child’s diet are popcorn, cheese, raw vegetables, nuts, gelatin, unsweetened yogurt and sugarless gum and candy. Shamoon says if kids must have a treat with sugar, chocolate is a good choice, from a dental perspective, because it doesn’t remain in the mouth and in contact with teeth for long periods of time, the way that suckers or hard candies do.

Summer beverages are another source of sugars. Some parents are surprised to find out just how much sugar is in juice, often as much as soft drinks.

"Fruit drinks and soda pop also contain lots of calories that kids don’t need," says Dr. Lynn Smitherman. She is a board-certified pediatrician and assistant professor of pediatrics at Children’s Hospital of Michigan in Detroit. "Especially during the summer months when kids can get dehydrated, chilled or ice water is the best drink refreshment to have available."

4. Letting your kids have tons of tube time

Nearly every doctor surveyed put decreasing your child’s TV, computer and video game time at or near the top of his or her list. Meg McKeough, DO, a board-certified pediatrician with Henry Ford Hospital, explains that limiting your child’s total TV, computer and video game time to two hours or less daily will go a long way toward prevention of childhood obesity and the problems that stem from being overweight. "We include that message in every well care visit," she says.

Eye health may also be at greater risk as a result of prolonged screen use. Jeffrey Kenyon, O.D., the Children’s Vision Committee chair for the Michigan Optometrists Association, says, "Some, but not all, studies have shown that nearsightedness increases with increased near-work, such as computer use."

He recommends that for better eye health, children (and adults) should follow the "20/20 rule" during computer screen time. Every 20 minutes of computer use should be broken up by 20 seconds of looking around the room, or out of a window.

Kenyon notes that more children and teens are wearing contacts. Many lenses are meant to be disposed of daily. He urges parents to make sure that lenses are used as directed and to "stop allowing kids to sleep in their contact lenses."

Sleeping in contact lenses can cause infections that can permanently affect your child’s vision and the health of his or her eyes.