How to Know When Your Child is Having Growing Pains 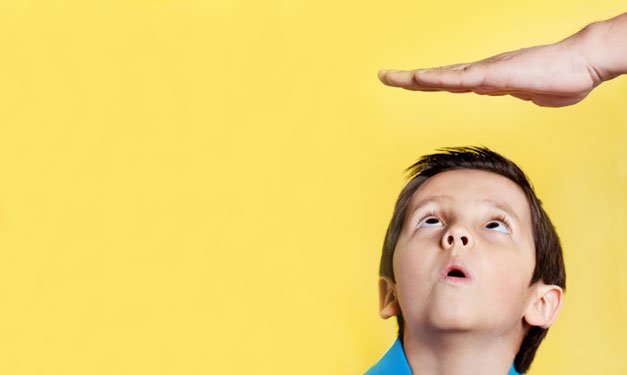 Your child wakes up in the middle of the night, crying with pain. When you ask what’s wrong, your child says, “My legs hurt!” Is it “growing pains” or should you call your doctor?

Suzan Beydoun, M.D. from Henry Ford Medical Center–Southland in Taylor says, “The pain should resolve by morning.” If not, she says an appointment should be made to see your doctor for guidance or reassurance. “You don’t want to stop normal activities,” she says. “If your child isn’t able to do normal play activity, he or she should be seen by a doctor.”

Growing pains are real for many children. They tend to affect both legs and occur at night or late afternoon. Sometimes, the pain wakes a child from sleep. Often, the pain is described as an ache or throb in the legs, usually in the front of the thighs, the calves or behind the knees. Typically, both legs hurt.

“It’s a real red flag if the pain is only in one leg,” said Beydoun, who is a board certified specialist in Family Medicine whose clinical interests include Pediatrics and Preventive Medicine.

According to the American Academy of Pediatrics, “growing pains” have been linked to particularly active days, not growth. These pains are most common from ages 2 to 12 and are slightly more common in girls than in boys. Running, climbing or jumping during the day might increase the risk of leg pain at night. Some children may also experience abdominal pain or headaches during episodes of growing pains.

Although there’s no cure for growing pains, Beydoun said that you can make your child more comfortable by putting a warm compress on the area and doing some gentle stretching of the legs.

It’s important to know when your child’s pain might be something more serious than normal “growing pains.” Although growing pains are harmless, some types of leg pain may be caused by more serious conditions that should be treated.

Beydoun notes that the following symptoms may signal that a child’s pain is out of the ordinary: swollen joints, tenderness or redness, fever, weakness, fatigue, limping or if the pain is associated with an injury. Any of these symptoms should prompt you to seek the advice of a physician. “Any pain that persists, increases in frequency or becomes more severe should be checked out,” she said.

To make an appointment with Suzan Beydoun, M.D. or a Henry Ford doctor in your area, visit the Henry Ford Health System website, – or, for a same-day appointment, call 800-HENRYFORD.