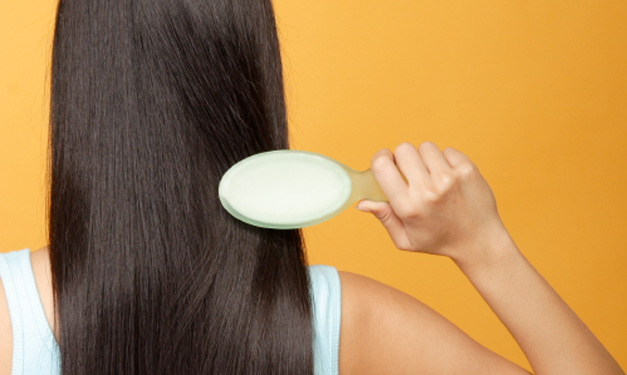 "My head just started to itch like mad," recalls Sarah Casello-Rees of her first run-in with head lice. Casello-Rees’ son, Donovan, had unknowingly brought home the parasites from his kindergarten class.

"At first, I didn’t think my son had a problem because he wasn’t itching. But when I looked at his scalp, I could see lice crawling all over." The Ann Arbor mom wasn’t sure what to do – call her son’s school, his pediatrician or head to the store for lice treatments. Casello-Rees expressed her frustration to other class parents who voiced similar confusion over what to do about lice.

When your child comes home with a note from school reporting someone in the class has lice – or worse, you notice something moving in your child’s hair – don’t panic. Unfortunately, lice infestations are common.

The U.S. Centers for Disease Control and Prevention (CDC) estimate that 6 million to 12 million infestations occur each year in the United States among children 3 to 11 years of age. In fact, kids in preschool and elementary school ages are more likely to have lice compared to other age groups. (Click here to learn more.)

Lice details aren’t pretty. A louse (lice is plural) can attach to the scalp through close hair-to-hair contact. Contrary to popular belief, lice can’t leap from head to head. But if your child shares an item with another child – like a hat, comb, coat or sweater – a louse may settle in.

Lice are parasites, which need human blood to survive. The adult louse is about the size of a sesame seed and varies in color from white to gray to tan. They eggs called nits, which are very difficult to remove. Both are found almost exclusively on the scalp, the CDC notes, "particularly around and behind the ears and near the neckline at the back of the head."

There’s a bit of a silver lining. So far, the particular variety of lice commonly found on children, called Pediculus humanus capitis, isn’t known to carry disease. Also, lice infestations have nothing to do with cleanliness. Quite the opposite: The cleaner the hair, the more appealing it is to lice.

That gives some clues as to how to prevent an infestation. First, tying back your child’s hair will cut back on hair-to-hair contact. Hairstyling products like gels, especially those that are oil-based, can make it harder for lice to attach to the hair shaft.

While you shouldn’t use lice shampoos and products as a preventative measures, they can help stomp out an infestation once you notice nits on your child’s head. One word of caution: The sooner you spot a louse or a nit, and begin treatment, the easier it is to get rid of them!

For Casello-Rees, her experience with lice became a career opportunity. A year after her son’s run-in, she began her own company, The Lice Brigade. She brought together medical personnel and other pros to offer in-home lice removal treatments.

Casello-Rees has staffers who’ll come to your home and for a rigorous de-lousing procedure for $75 an hour (plus travel expenses); the average visit takes about two and a half hours. Or, at her Rapunzel’s Lice Boutique locale in Ann Arbor, the set rate is $85, including two follow-up treatments.

"One mom drove 12 hours from Missouri to get help for her two teenage daughters," she says. "They’d been trying to get rid of lice off-and-on for five years. At one point she even shaved her daughter’s head, but nothing seemed to keep the lice away."

Over three days and 27 hours, lice spotters at the boutique combed through and treated the two girls’ hair. The girls haven’t had lice problems since. "In my experience," advises Casello-Rees, "some people are just more prone to getting lice than others."