Many Kids are Exposed to Parents’ Pain Pills, Study Says 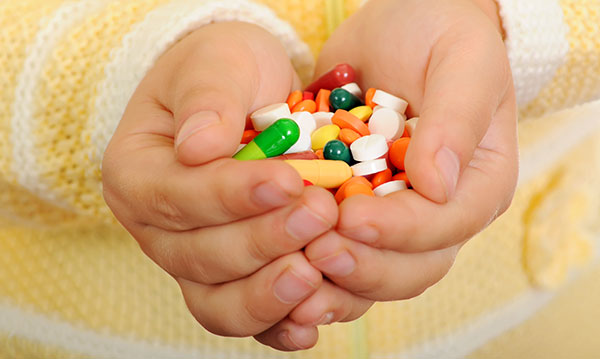 Baby-proofing gear like stairway gates and outlet covers are an obvious part of making your home safe for young children, but new research finds that parents might be leaving out at least one vital precaution.

A study published in March in the journal Pediatrics found that kids are getting into adults’ prescription opioid pain medications at an alarming rate, the Columbus Dispatch reports.

The research, led by the Center for Injury Research and Policy and the Central Ohio Poison Center at Nationwide Children’s Hospital, found that poison control centers across the U.S. receive calls about youth being exposed to opioid pain pills an average of 32 times per day – or once every 45 minutes.

It’s a sign that the opioid epidemic that has been “ravaging” the country’s adults and teens “has worked its way down to young people as well,” study author Dr. Marcel Casavant told the Columbus Dispatch.

Most exposures among the youngest kids were unintentional, often due to prescription medications being improperly stored such as in a purse, according to the article, but exposure was more likely to be intentional among teenagers. About 96 percent of exposures occurred at home.

During the study period, 175 children and teens died from exposures to the drugs, the study found. Casavant told the newspaper that a child could die from taking a single pill.

A companion report published the same day in Pediatrics found a “strong link” between prescribed opioids and recreational use, with about 25 percent of students reporting opioid use for medical or non-medical purposes, Reuters reports.

According to the Centers for Disease Control and Prevention, prescription opioids such as OxyContin and Vicodin are often prescribed to treat moderate to severe pain. Recent years have seen a dramatic increase in the acceptance and use of prescription opioids for chronic, non-cancer-related pain, the CDC reports.

Taking the proper safety precautions is critical for people who have opioids in the house, but another recent study found that only 32 percent of parents of kids younger than 7 stored their prescription opioids safely by keeping them in a latched or locked location, ABC News reports. Only 11.7 percent of parents of children ages 7-17 reported storing the medication safely.

“Our work shines a light on the pervasiveness of unsafely stored opioids in American homes with children,” lead study author Eileen McDonald at the Johns Hopkins Center for Injury Research and Policy said in a statement about the research. “Unsafely stored opioids can contribute to accidental ingestions among younger children and pilfering by older children, especially high school students.”