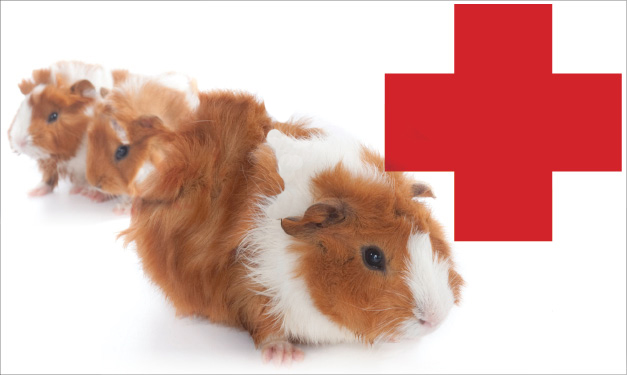 Throughout the years, medical science has made great strides, coming up with drugs to treat heart disease, high blood pressure, diabetes and more. And that’s largely due to scientific research performed to test new drugs and medical methods. However, most research only involves adult participants. Medicines and treatments are often not tested on children.

Until the last decade, kids were rarely included in studies of medical treatments. As a result, much remains unknown about how children respond to drugs and treatments. At nearly half of medical visits, children are given a medicine and 70 percent of those medicines have only been tested in adults.

"We had the peculiar situation of demanding a very high level of proof before a product was marketed for adults, but then having it used ‘off-label’ in children," says Dianne Murphy, M.D., director of the Office of Pediatric Therapeutics at the Food and Drug Administration (FDA). This means that the FDA does not have specific studies on how the product did or did not work in children, what kinds of reactions children might have, or what the proper dose would be, Murphy says.

In 2003, the Journal of Pediatric Hematology and Oncology reported there are frequently "enormous problems recruiting and selecting eligible patients for clinical research projects" – particularly children.

That’s because parents are sometimes unwilling to allow their kids to take part in medical research, fearful that children may be harmed or used as "guinea pigs," according to a report issued in 2008 by researchers at the University of Michigan Health System.

The U-M report also found a large gap: More than three-quarters of parents surveyed want only FDA-approved medicines for their children, yet only one-third are willing to have their children take part in research that could produce that information.

"We know that parents, quite reasonably, may be concerned about having their children participate in medical research," says Matthew M. Davis, M.D., associate professor of general pediatrics and internal medicine at the U-M Medical School and director of the National Poll on Children’s Health. "Parents, however, may not realize how pediatric research has saved lives and helped lives. Research has led to the creation of vaccines, many of which have helped eradicate diseases like diphtheria, polio and small pox within our country. That’s all thanks to vaccines that have been tested in clinical studies in which children have played a major role."

Still, the U-M study also found that the majority of parents say that the reason their child has never participated in a research study is simply because they’ve never been asked.

The FDA’s pediatric program has helped drive more clinical trials to be conducted in children. So more parents, particularly those of children with special needs, may be considering enrolling a child in a clinical trial.

Some doctors say that studies specifically geared toward special needs children is an area that needs more attention.

"There is definitely a scarcity of research being done for children with special needs," says David R. Rosenberg, M.D., professor and chief of Child Psychiatry and Psychology at Wayne State University and Children’s Hospital of Michigan. He said there is an "urgent need" that is gaining increased attention.

"Having your child participate in clinical research is one way to help with the availability of medications the FDA approved for children," says Jenny LaChance, a certified clinical research coordinator specializing in Pediatric Clinical Trials at Hurley Medical Center in Flint.

"I think the greatest and most important benefit from participating is the satisfaction that I am helping many people, so that they do not have to go through all the pain and suffering that my family and I went through," says Angela Campau, who participated in clinical studies conducted by Rosenberg at WSU. "We had no clue what was wrong with me and how to fix it. By doing all the studies and interviews, I can be helping at least one person – which makes it all worthwhile."

Research studies test how well new medical approaches work in people. Each study answers scientific questions and tries to find better ways to prevent, screen for, diagnose or treat a disease. Clinical trials may also compare a new treatment to a treatment that is already available.

"Participating in clinical research provides parents an opportunity to learn much more about their child’s condition and options for treatment," LaChance says. "Part of the informed consent process is to discuss treatment options other than the research study. Also, a lot of time in research studies with children is spent on parent and child education."

By taking part in a trial, your child may be offered a new treatment that may or may not be better than those that already exist.

"Many of our parents are grateful to know that their child can receive ‘state of the art’ therapy when participating in such clinical trials," says Gregory Yanik, professor at the Department of Pediatrics and Communicable Diseases at C.S. Mott Children’s Hospital at the University of Michigan Health System.

LaChance says parents should also take comfort in knowing the extra attention that kids participating in research studies are given.

"Because there is a high concern for the safety of the participant in research there is much closer oversight of the child than if the child was taking most medications," she says.