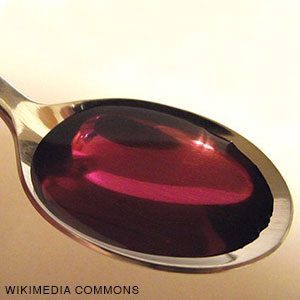 Have you ever misread recipe directions and found yourself using a tablespoon instead of a teaspoon? Ever used a silverware spoon instead of looking for your kitchen measuring spoon? Ending up with a ruined batch of cookies is a shame; using the wrong measuring device and giving your child a wrong dose of medicine could be very dangerous.

According to a recent study published in Pediatrics, medication errors are very common. Nearly 40 percent of parents made an error in measuring the medication dose for their child. The study also found that parents who used teaspoons or tablespoons had twice the odds of making an error versus parents who used milliliter-based doses instead.

Dr. Marcus DeGraw, medical director of Ambulatory Pediatrics at St. John Providence Children's Hospital in Detroit, notes that incorrect dosing can have a wide range of results. "Bad dosing can have mild effects – too low and the medicine likely will be ineffective, too high and serious consequences can occur – even death," he says.

Confusion between tablespoons and teaspoons is a serious concern. The National Institutes of Health (NIH) notes that a silverware teaspoon from your kitchen drawer could be as small as a half teaspoon or as large as 2 teaspoons. The NIH defines one teaspoon as equal to 5 milliliters or 5 cubic centimeters (cc). A tablespoon holds 15 cc, three times as much medicine as a teaspoon.

The study authors support a using milliliter-only dose standard to help reduce medication errors. DeGraw offers the following tips to make sure you are giving your child the right dose of medication, every time:

The AAP says confusion of terms like milliliter, teaspoon and tablespoon contributes to more than 10,000 poison center calls each year. The AAP recommends that if no dispenser was included with your medication, you should ask your pharmacist for advice on the type of measuring tool to use with your child's medication.

"Most pediatric medications are dosed by weight," DeGraw says. "Your doctor can help you figure out the exact right dose. A pharmacist should be able to help as well. Discuss any medications and correct dosing with those professionals."

Accidental, incorrect dosing is not limited to prescription medications. The Food and Drug Administration (FDA) has issued recommendations to drug manufacturers in order to minimize the risk of accidental overdose when giving over-the-counter drugs.

"Remember that many over-the-counter medications contain the same ingredients. For example, Pediacare, Robitussin, Triaminic and others for colds often all are the same things under a different brand name," DeGraw says.

If you think one medicine isn't working, DeGraw says don't keep trying others. Instead, discuss this with your child's pediatrician first.

Brought to you by Sloan Museum of Discovery
Read more
Health