Michigan Measles Outbreak and Kids: What Parents Can Do

As of late 2018, there's a Michigan measles outbreak, with disease rates the highest they've been in 20 years. What's going on, and what can you do? 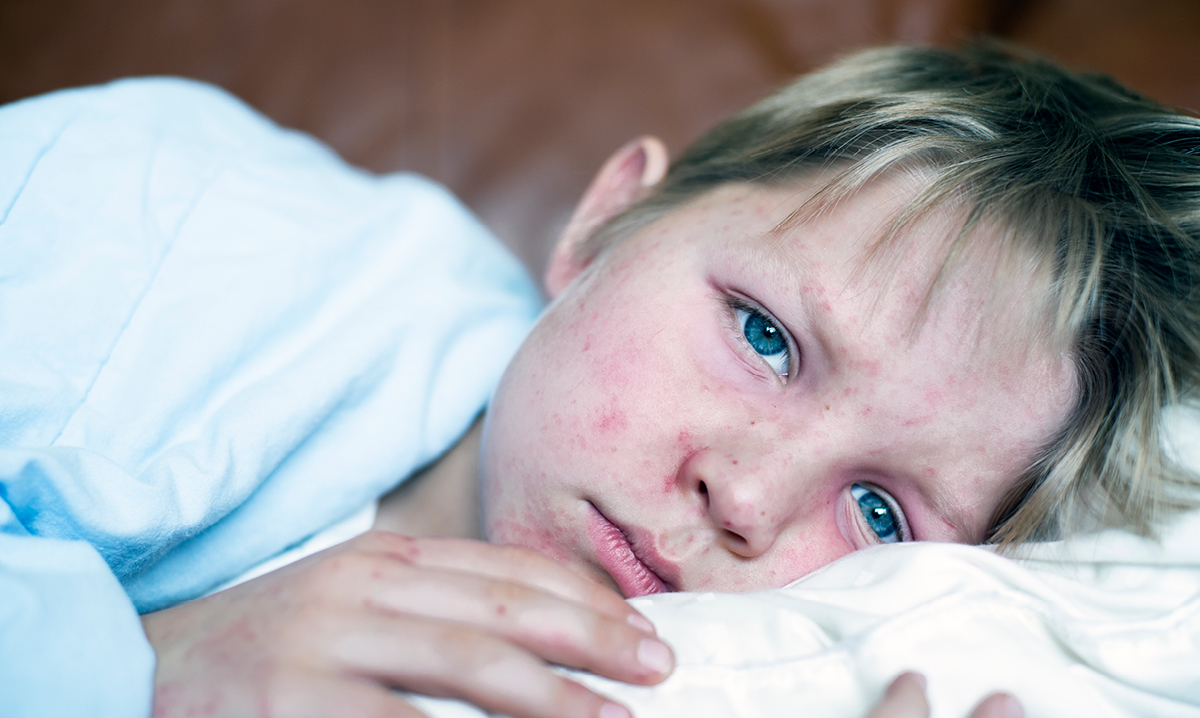 We’ve been experiencing a Michigan measles outbreak. Our state, along with 20 others, is seeing increased cases of the measles, with 15 annual instances reported as of November 2018.

By March 2019, a case of “travel-related measles” was reported in Oakland County, with stores in Southfield and Oak Park pinpointed as possible exposure locations.

The number of measles cases in the state is the highest it’s been since 1994, according to the Michigan Department of Health and Human Services in a Detroit Free press report.

“I think that there are two factors why less people are vaccinating,” Pollack says. “One is that people don’t see the measles very often, so therefore, they think it’s extinct – and there’s no need for the immunization.

“And the second reason is that there was an article published in a major medical journal in the late 1990s that reported a link between the measles vaccine and autism,” he continues, “even though the article was shown to be written by a physician who falsified the data.”

And if parents don’t vaccinate their children and they are infected, he notes, the measles illness can be extremely serious.

“Measles looks like a very sick looking child with high fever, cough, red eyes, sneezing and a rash that typically will last for about seven days,” Pollack says.

“Most of the time, after about seven days, it goes away on its own – but it does carry with it the risk of complications like pneumonia and neurologic complications.”

People who are at highest risk for severe illness resulting from the measles are children under 5, adults over 20, pregnant women and people with compromised immune systems, Pollack says.

When should kids be vaccinated?

The measles vaccination is part of the typical immunization schedule followed by a child’s pediatrician. It is administered in the thigh or arm in a two-shot series.

Typically, children should get the immunization between 12 and 15 months of age, but kids who are younger than 1 and planning on traveling – especially to areas of the world with outbreaks – can get an additional dose of the vaccine early.

Pollack cautions that children should still get the two doses – one at 12-15 months and another at 4 years old – even if they get one dose early.

“The vaccine (works by taking) a strain of the virus and altering it so that it is not going to cause disease – but it then causes the immune system to develop antibodies to protect it against the disease,” he says. “The current one available is a combined vaccine for measles, mumps, rubella.”

Adults and older children who have not been vaccinated can still get the shot after the preferred age range, he says.

“If you have an older child, the recommendation would be that they should get two doses of the vaccine – the first and the second one a month later.

“An adult certainly can and should be vaccinated, and they should get a second dose if they haven’t already,” he adds. “The exception to that is anybody born before 1957, because they likely had the disease as children and have antibodies from having had the disease.”

Be careful with travel plans

Pollack also recommends keeping an eye on which countries and cities are experiencing outbreaks to prevent furthering the Michigan measles outbreak.

Both the Centers for Disease Control and Prevention and the World Health Organization have outbreak updates.

Avoiding areas where the disease is prevalent and getting the vaccine are the only two real options to avoiding getting sick, Pollack notes.

If your child develops a high fever and rash, Pollack recommends checking with your doctor and keeping the sick child away from other people to avoid spreading the disease.